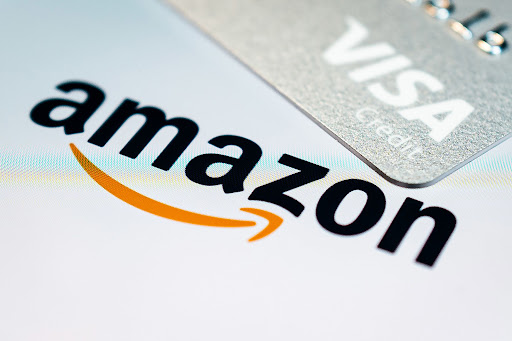 Amazon.com may shift its popular co-brand credit card to Mastercard due to simmering tensions with Visa, a feud that has already prompted the retailer to ban the payment giant’s cards in the UK from 2022.

The Amazon card is one of the industry’s largest co-branded portfolios, and the company is using talks to renew the agreement as a way to secure better terms from Visa, according to people familiar with the matter.

A switch would represent another salvo by Amazon, which is also imposing small surcharges on Visa transactions in Singapore and Australia, and announced a deal last week with Venmo giving US shoppers another way to avoid Visa entirely in 2022.

Visa is “very disappointed that Amazon is threatening to restrict consumer choice in the future,” a company spokesperson said of the UK ban. “When consumer choice is limited, nobody wins.” Visa declined to comment on developments in the US.

“We believe the cost of accepting credit-card payments should be going down to allow merchants to reinvest savings into low prices and shopping enhancements for customers,” Amazon said in an emailed statement. “Yet despite technical advancements, some cards’ cost of payments continue to stay high or even rise.”

Analysts led by Sanjay Sakhrani at Keefe Bruyette & Woods said the dispute is likely to be resolved with “minimal financial impact” to Visa, but “it is clearly not a positive development that Amazon is trying to change consumer behaviour, thereby validating investor fears related to open banking and other emerging alternative forms of payments.”

Mastercard has been working with Amazon for years and will continue to develop the relationship, Michael Froman, vice-chair and president of strategic growth, said in a television interview on the sidelines of the Bloomberg New Economy Forum in Singapore. He declined to discuss prospects for a co-branded credit card.

“We’ve had a long standing, good relationship with Amazon,” Froman said. “I’ve nothing to comment on the particular conversations going on right now.”

Retailers have long balked at the fees they pay each time a consumer swipes a card at checkout. While it can amount to just pennies per purchase, that adds up: merchants spent $110bn in card-processing fees last year alone.

With its dominance in e-commerce, Amazon pays billions in such fees each year, and represents “a low-single-digit percentage of all Visa’s revenues from domestic credit cards,” according to a note from Credit Suisse Group.

Cards on the table

Visa plays a unique role in the world of payments. Along with Mastercard, the network sets the rates that merchants pay in swipe fees. But it’s the banks that issue cards which consumers use at checkout that reap the bulk of that fee.

For the biggest banks and merchants, Visa often reaches special pricing agreements to persuade them to send more volume over its network. The company set aside $8.4bn in fiscal 2021 for such incentives, 26% more than a year earlier.

But Visa has been known to go even further, including in 2015 when the company was bidding to win the Costco Wholesale Corp co-brand credit card.

For years, Costco had only accepted American Express cards. To pull that business away, Visa offered to do something it had never done before: give Costco a break on the fees it pays to accept all Visa cards, not just its co-brand card. It won the deal, upsetting dozens of bank partners.

In talks to renew its long-standing co-brand card agreement, Amazon is hoping to win an agreement similar to the Costco deal. But Visa has previously promised its bank partners it wouldn’t ink any more such pacts.

One of the sticking points for Amazon has been Visa’s policy of categorising all e-commerce payments as “card not present”, which typically translates into higher rates. Visa has previously said that’s because fraudsters generally have an easier time committing crimes online than they do in a store.

But retailers point out that they’re the ones on the hook for any fraud that happens on their sites, whereas banks are typically responsible for in-store fraud. And Amazon has spent years investing in fraud-detection capabilities. Fewer than 0.1% of transactions on the e-commerce giant’s site are fraudulent, a metric that’s better than most brick-and-mortar retailers.

Visa in recent years tried to institute a special tier in its rate structure that would let e-commerce merchants pay lower fees if they used a new Visa technology to “tokenise” card numbers on their sites. It would also shift liability for fraud to banks.

The proposal flopped with Amazon, because its fraud rates were already so low.

“We’ve had situations like this in the past,” Visa CFO Vasant Prabhu said at an investor conference in September, referring to merchant complaints about fees. “I’m sure we can resolve these things and we hope that will happen soon.”

IBM and Amazon to work together on oil data tools

IBM and Amazon to work on expanding the reach of data tools that will help oil companies add non-petroleum assets such as wind and solar to their ...
Companies
3 weeks ago

Investec shareholders to get a Ninety One bonanza after profit rebounds

Investec shareholders to get a Ninety One bonanza after profit rebounds