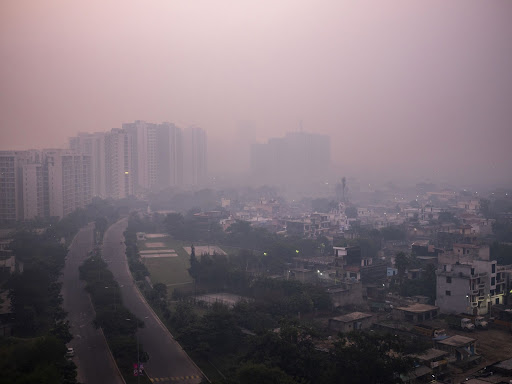 India has directed six thermal power plants located around Delhi to shut down until the end of this month as part of measures to clean some of the world’s dirtiest air, as a cloud of smog has enveloped the city and its suburbs for nearly two weeks.

The federal environment ministry late on Tuesday also barred the entry of all trucks except those carrying essential items into the National Capital Region of Delhi, which encompasses the city and surrounding districts. It also encouraged citizens to work from home to curb pollution. The decision came after officials from the Delhi government and the neighbouring states of Uttar Pradesh, Punjab, Rajasthan and Haryana met to discuss ways to check the soaring pollution.

India’s Supreme Court on Monday called for urgent restrictions on vehicular movement and industrial activities in and around the capital. The city has ordered schools to teach only online until November 20, halted construction activities and asked some government employees to work from home after the top court called the situation an “emergency” on Saturday.

About half the 13,210MW thermal power capacity in the capital region have been ordered to shut to improve air quality.

The move is unlikely to have an impact on power supplies to the Indian capital and other states. Power companies are usually prepared for this annual exercise and tie up capacities in advance to deal with the situation. Any step that affects power supply would be counterproductive as it could lead to a jump in the use of diesel-fuelled generators.

India’s top court is expected to review the pollution control measures on Wednesday.

The shutting down of power plants will help address emissions and cut pollution, said Jyoti Pande Lavakare, author of Breathing here is Injurious to your Health and co-founder of civil society group Care for Air. But “we need a thought-through, ambitious plan, which is being led with leadership right from the top” to address the issue in the long term, she said.

A thick blanket of toxic haze is an annual phenomenon in the northern city and its surroundings, especially as winter arrives and temperatures dip. Politicians and authorities have squabbled over a solution for years, with dialog picking up only when the pollution soars. However, as the pollution levels ebb the debate dies down and the issue has never caused any serious political fallout.

Speaking at the Bloomberg New Economy Forum in Singapore on Wednesday, Sunil Mittal, the billionaire chair of Bharti Airtel, said: “We can’t live like this. We talk about 5-million people dying of the pandemic; we don’t talk about how many people have been choked around the world.”

The air quality index, or AQI, for New Delhi was at 244 at 8:30am local time on Wednesday, according to website IQAir, which monitors air pollution around the world. Readings below 50 are considered safe, while anything above 300 is considered hazardous. PM2.5 concentration in the air was recorded 38.7 times above the World Health Organization annual air quality guideline value, it said.

The toxic air quality across several Indian cities is driven by a combination of factors, including vehicular and factory emissions, road dust, construction activities and stubble burning by farmers.

Indians ordered to work from home as smog engulfs Delhi

Toxic smog over India’s capital is due to a drop in temperature and wind speed, and a spike in the burning of crop waste in farmlands
World
3 weeks ago

Toxic smog at worst in years in Delhi after Diwali

The PM2.5 reading on Friday averaged 706 micrograms, while the WHO deems anything above an annual average of 5 micrograms unsafe
World
1 month ago
Next Article