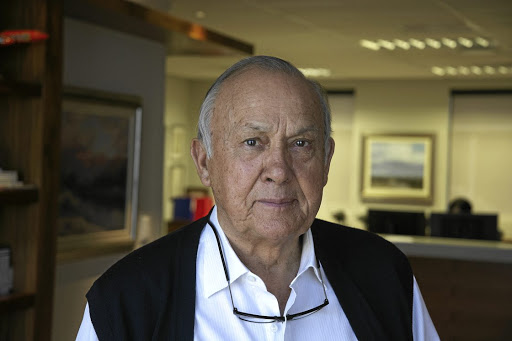 Christo Wiese, the former chair of Shoprite and its largest individual shareholder, met opposition from other investors in his efforts to retain his board seat at Africa’s biggest grocer.

Almost half of ordinary shareholders voted against Wiese’s re-election at the Cape Town-based company’s annual general meeting on Monday.

The motion was brought because of a legally required rotation period.

Wiese, 80, ended his three-decade reign as the chair a year ago after a majority of ordinary shareholders voted against his re-election.

Shareholders also objected to Shoprite’s pay policies on Monday, with 41% of ordinary shareholders voting against the remuneration plans.

It is the second consecutive year they have protested in this way. The move comes even after Shoprite proactively invited shareholders to talk to the board before the meeting.

Chair Wendy Lucas-Bull said the company will offer further engagement on the issue.

Controversy about Wiese’s role on the board began in 2019, when shareholders voted against his reappointment

Lucas-Bull said at the meeting on Monday that a detailed review of the board had been conducted in 2020, to look at its composition and how it functioned.

The review highlighted the need for independence and skills while a succession plan for board members needed to be implemented.

“My own appointment was actually part of this process.”

The stock rallied 6.9% on Monday after Shoprite said sales in its core SA supermarkets rose almost 12% in the first quarter to September.

Group sales were up almost double digits in quarter to end-September, but 47 stores remain closed
Companies
3 weeks ago