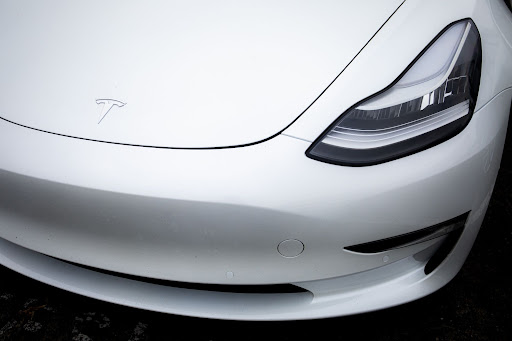 The biggest US bank bought the warrants from Tesla in 2014 to help the carmaker mitigate risk that its stock would be diluted by issuance of convertible notes, and to make certain federal income tax deductions, according to a complaint filed on Monday in Manhattan federal court. When the warrants expired, Tesla would owe JPMorgan a payment of shares or cash if its stock traded above a certain strike price.

JPMorgan claims it had the discretion to adjust the strike price based on factors including the volatility of Tesla’s stock. The bank made two modifications in August 2018 — one after Musk tweeted that he had secured funding to take Tesla private, and another when the CEO abandoned the effort weeks later.

Now that the warrants have expired, JPMorgan claims Tesla has shorted the bank what it’s due.

“Even though JPMorgan’s adjustments were appropriate and contractually required, Tesla has refused to settle at the contractual strike price and pay in full what it owes to JPMorgan,” the bank said in the complaint.

Musk exercises options and sells more Tesla shares. Meanwhile, JPMorgan Chase is suing for $162m for warrants that expired above their strike price, which had been muddied by Musk’s tweet in 2018.

Tesla wrote to JPMorgan in February 2019 to argue the adjustments the bank made six months earlier were “unreasonably swift and represented an opportunistic attempt to take advantage of changes in volatility in Tesla’s stock”, according to the complaint.

But JPMorgan claims Tesla didn’t make specific challenges to its calculations or back up its assertion, and hasn’t objected further in the past two years. Tesla didn’t respond to a request for comment on the lawsuit.

The dispute dredges up one of Musk’s most controversial episodes. The US Securities and Exchange Commission sued the CEO and Tesla in September 2018, alleging that Musk had committed securities fraud and the company lacked adequate controls of his social media activity.

Musk and Tesla each agreed to pay $20m in a settlement without admitting wrongdoing. The CEO was forced to give up the role of board chair for three years, and Tesla agreed to have a lawyer preapprove material information Musk wants to communicate to investors.

The controls haven’t stopped Musk from stirring up controversy on Twitter. Early in November, he polled users on whether he should sell 10% of his Tesla stake. He’s offloaded about $7.8bn  of the company’s shares since then, precipitating a stock sell-off.

Musk, who sold about R76.5bn worth of Tesla shares this week, will remain the largest single shareholder in Tesla
Business
7 months ago