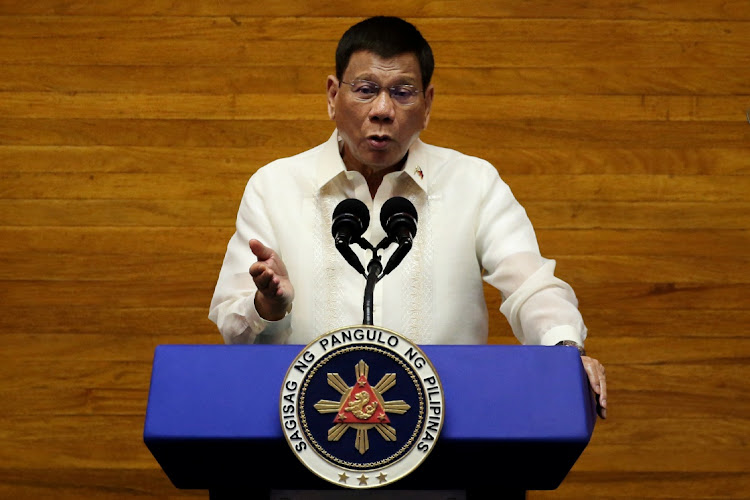 Philippines President Rodrigo Duterte will run for the senate in the 2022 elections, avoiding a showdown with his daughter in the vice-presidential race while giving him a path to stay as an elected official after his term ends.

Duterte, who earlier said he would be retiring from politics, filed his candidacy through a representative at the Commission on Elections minutes before the deadline, government-owned PTV Channel 4 reported on Monday. Twelve senators will be elected on May 9 along with the president and vice-president.

Duterte’s decision clears a path for his daughter, Davao City mayor Sara Duterte, to seek the second-highest post after she announced a run for vice-president over the weekend. It also bolsters the chances of Ferdinand “Bongbong” Marcos Jr, the late dictator’s son, to succeed him as president.

Still, it remains to be seen if some Rodrigo Duterte supporters will back his close aide, senator Christopher “Bong” Go, who is also running for president. A split in the pro-Duterte vote could bolster the chances of other candidates such as senator Manny Pacquiao, Manila mayor Isko Moreno and vice-president Leni Robredo, who leads the opposition.

Duterte’s announcement ends a months-long drama over whether he would seek the vice-presidency once his six-year term expires in 2022. He had kept the public guessing and even threatened to run against his daughter.

In clips from an interview with a pro-administration blogger aired by PTV Channel 4 on Monday, Duterte said he was puzzled by Sara Duterte’s decision.

“She’s number one in the surveys, so I am wondering why she agreed to run only for vice-president,” the president said.

Duterte’s senate run was likely triggered by his daughter’s decision to seek the vice-presidency, which would “diminish” the family’s political position, said Ramon Beleno, a faculty member at Ateneo de Davao University’s political science department. The president could preserve his family’s influence and power in another branch of government if he wins as senator, especially if he becomes senate chief, Beleno added.

Marcos’s pending disqualification case also remains a wild card in the 2022 elections, according to Beleno. He said a disqualification could boost Go’s presidential bid, or provide an opening for Sara to assume the top post should she win the vice-presidency.

Media freedom is a bulwark of democracy — a vital institution to protect against the abuse of power. But journalists are under attack in many ways, ...
Features
8 months ago