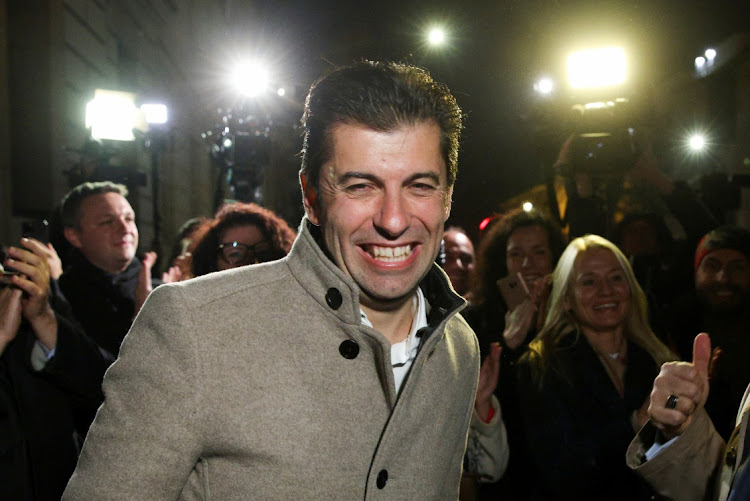 A new party pledging to stamp out endemic graft and organised crime in the EU’s most corrupt nation won Bulgaria’s elections and vowed to create a ruling coalition to end a more than year-long political crisis.

In the Balkan country’s third go at a parliamentary ballot this year, the We’re Continuing the Change party, known as PP, defeated the Gerb party of former premier Boyko Borissov, who until he was ousted in April was one of Europe’s longest-serving leaders and the dominant force in Bulgarian politics.

PP won 25.85% of Sunday’s vote, compared with 20.38% for Gerb, according to early official results with more than 21.2% of ballots counted. The Movement for Rights and Freedoms was third with 15.66%. Earlier independent tallies by pollsters based on samples of results from voting machines showed similar outcomes.

PP’s victory may break a political deadlock that has exacerbated the struggles of the EU’s poorest member, which has one of the bloc’s lowest Covid-19 vaccination rates and one of the world’s highest pandemic death tolls on a per capita basis. It has also delayed the approval of badly needed recovery aid from the EU, which has kept the nation of 7-million outside its passport-free Schengen zone due in part to endemic corruption.

PP co-founder Kiril Petkov declared victory and said the party will start talks with other groups that made it into parliament including Democratic Bulgaria and ITN, a party led by pop-folk star Slavi Trifonov. But it will exclude Gerb and the Movement for Rights a Freedoms, a party that mostly represents Bulgaria’s Turkish minority that along with the prime minister’s has been accused of tolerating graft.

“Our only conditions are we have to stop this corruption,” said Petkov, who served in a previous interim government and will be his party’s nominee for prime minister.

Borissov said that if the final official results show that Gerb won, he’ll lead coalition talks. But he didn’t hold out much prospect of finding allies after other parties shunned him in the wake of the previous votes in April and July.

“We’ll talk to everyone and when they reject us, we’ll reject them as well,” he said.

One potential sticking point is that a potential PP partner, Democratic Bulgaria, has refused to work with the Socialists, the reformed heirs of the Soviet-era Communist Party that has traded power with Borissov and other rivals since the fall of the Iron Curtain. That may complicate coalition negotiations, as it wasn’t clear whether their seats would be necessary for an anti-Borissov alliance to clinch a majority.

“A lot will depend on one or two seats,” said Boriana Dimitrova, managing partner at Alpha Research.

Three unsuccessful attempts to form a cabinet would trigger a new snap election next year. Paralysis could delay the approval of the 2022 budget, further hinder talks to secure EU money and hamper efforts for Bulgaria to get a grip on its deepening struggle with Covid-19.

Continued deadlock would also obscure Bulgaria’s already complicated push to win membership in the euro area. While Borissov has tried to pave the way for swapping levs for euros for years, there may be little political will among the euro-sharing nations to accept new members.

In a separate presidential ballot, incumbent Rumen Radev won the first round of a voting with about 49%. Radev, a bitter rival to Borissov, will probably face Gerb candidate Anastas Gerdzhikov in a November 28 runoff for the largely ceremonial post.

Joburg, Tshwane, eThekwini, Ekurhuleni and Nelson Mandela Bay all hang in the balance
Politics
6 months ago
Next Article