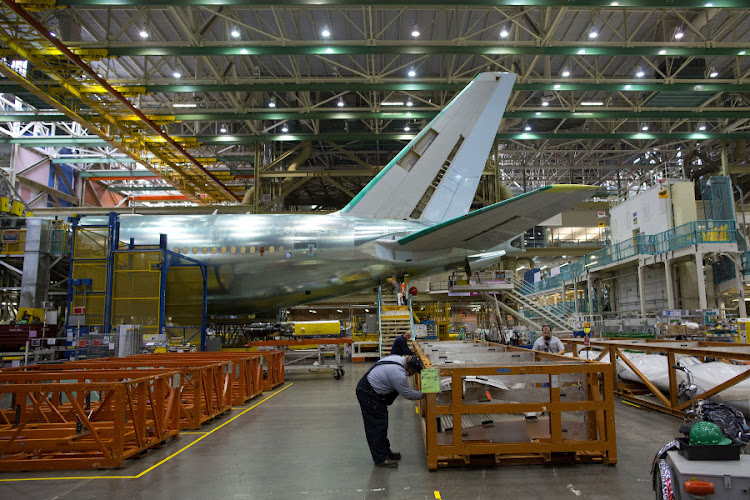 A Boeing 777 reaches the end of a production line at the company's facility in Everett, Washington. Picture: BLOOMBERG

Boeing may partner specialists including Israel Aerospace Industries and Mammoth Freighters to convert its passenger jets for cargo use to keep up with soaring demand for those planes.

The plane maker plans to follow an asset-light model for freighter conversion programmes and does not plan to do the programme on its own, Boeing Global Services president and CEO Ted Colbert said on the sidelines of a press conference in Dubai.

Air freight has been a rare bright spot for global aviation as online purchases soar and shipping rates rise. With airlines looking to retire older aircraft and replace them with newer, more fuel-efficient models, freighter conversions could give older aircraft a new lease of life.

Boeing has forecast demand for 2,610 wide-body freighters by 2040, with 1,720 of them being conversions from older passenger aircraft, and the rest new production. While the company builds a freighter version of the 777 from new, that model is based on the smaller 777-200 model.

Earlier this year, IAI said it had begun work on the conversion of its first 777-300ER.

With its business stabilising, Boeing has halted job cuts well short of earlier plans to eliminate nearly 20% of its staff, CEO Dave Calhoun
Companies
4 months ago