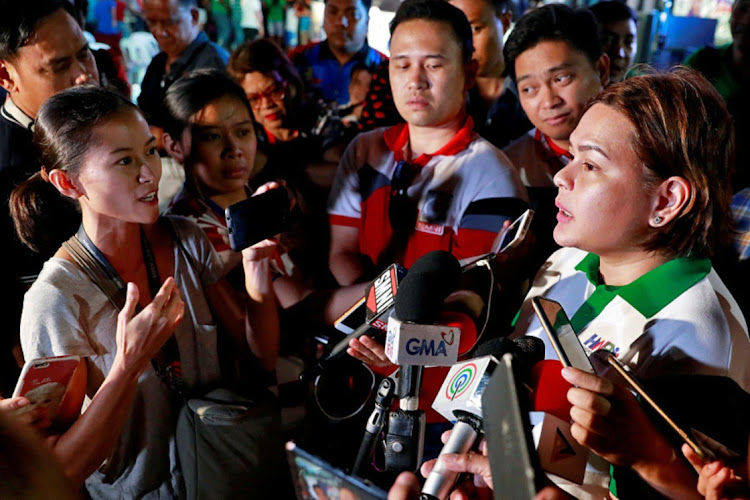 Philippine president Rodrigo Duterte’s daughter will run for vice-president in next year’s elections.

Davao City mayor Sara Duterte on Saturday filed her certificate to replace the vice-presidential candidate of Lakas-CMD, the political party affiliated with former president Gloria Arroyo. The filing was made by her representatives ahead of the Commission on Elections’ November 15 deadline for parties to change candidates, CNN Philippines reported.

The younger Duterte, who said earlier that she is open to run for the country’s top post, has led some opinion polls. The president’s daughter will be the running mate of former senator Ferdinand ‘‘Bongbong” Marcos, son and namesake of the late dictator. Marcos’s Partido Federal ng Pilipinas said in a resolution signed Saturday that is endorsing Duterte’s candidacy.

Duterte, the mayor of Davao City, said last month that she had discussed with Marcos how she could help his presidential bid.

A lawyer and an army reserve officer, Sara Duterte has been involved in politics in her family’s home city in the southern Philippines since 2007, becoming vice-mayor before succeeding her father as mayor. She has joined president Duterte in meetings with world leaders in the past.

On foreign policy, she has said the Philippines shouldn’t be begging China for access to disputed waters in the South China Sea, although she has signaled a willingness to work with Beijing on the pandemic response.

Media freedom is a bulwark of democracy — a vital institution to protect against the abuse of power. But journalists are under attack in many ways, ...
Features
8 months ago

Maria Ressa from the Philippines and Dmitry Muratov of Russia will share the $1.1m prize
World
8 months ago
Next Article