ArcelorMittal raises buybacks by another $1bn as profit soars

The world’s largest steelmaker posts a sixfold rise in Q3 profit, but expects demand from China to slow 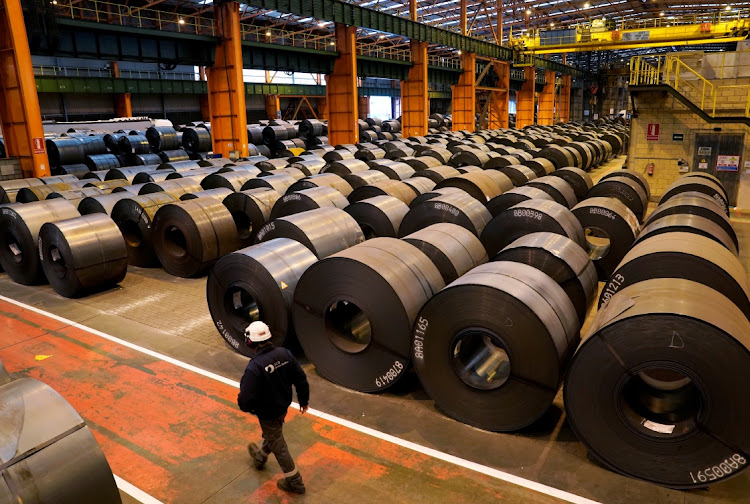 A worker walks by steel rolls at the ArcelorMittal steel plant in Sestao, Spain, on November 12 2018. Picture: REUTERS/VINCENT WEST

Brussels — ArcelorMittal, the world's largest steelmaker, said on Thursday it was increasing its share buyback programme by another $1bn after reporting its strongest quarter in more than a decade.

The uplift brings the capital returns announced by the company since September 2020 to $6bn. There is now $1.8bn outstanding on its buyback programme. ArcelorMittal said it expects global steel demand to grow by between 12% and 13% in 2021 excluding China, where real demand has weakened.

Third-quarter earnings before interest, tax, depreciation and amortisation (ebitda), the figure most watched by the market, showed about a sixfold increase from the same period in 2020 at $6.06bn.

That was slightly below the average forecast of $6.15bn returned by a company poll.

“Our third-quarter results were supported by the continuing strong price environment, resulting in the highest net income and lowest net debt since 2008,” CEO Aditya Mittal said in a statement.

It was the strongest quarter since 2008 and up 19.9% from the previous three-month period, the company added.

“This was on the back of strong steel price increases and steel spreads, offset by 9% lower volumes due to a combination of automotive order cancellations, shipment delays and production curtailments given higher energy prices,” ING analyst Stijn Demeester wrote in a note.

The group said net debt declined to $3.9bn, the lowest since 2006 and down from $5bn at the end of the previous quarter.

Smaller businesses are getting pushed to the wall by violence and threats, writes Jonathan Katzenellenbogen
Opinion
1 month ago

ArcelorMittal SA back in the black with stellar results

CHRIS GILMOUR: All in place for Afrimat’s sustained future growth

CHRIS GILMOUR: All in place for Afrimat’s sustained future growth