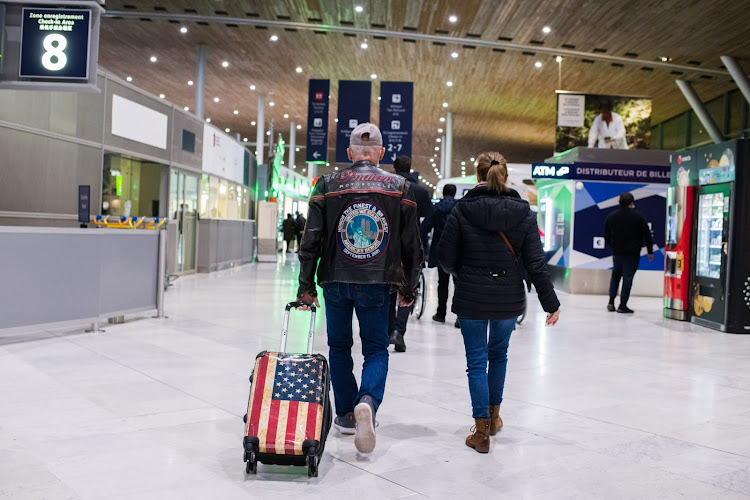 After waiting for more than 600 days, passengers across Europe crowded into airports to catch their first flights to the US since early in the Covid-19 pandemic.

What united travellers was a sense of exhilaration, coupled with the arduous process of getting through long lines and having all the paperwork at hand as passengers tested flying from Paris to London, Milan and Frankfurt under the new rules.

The upbeat mood cannot mask the fact that the aviation industry remains deep in crisis. Losses from the coronavirus pandemic are set to surpass $200bn in 2021, carriers such as Deutsche Lufthansa have required state-backed bailouts, and hundreds of thousands of airline employees have lost their jobs.

Business travel, typically a major component of carriers’ profitability, remains anaemic at best as companies urge employees to connect via video call. And the US is reopening just as infection rates surge again across Europe.

At London Heathrow, British Airways and Virgin Atlantic set aside a four-decade rivalry to co-ordinate take-offs.

The airport was filled with British and US flags, and passengers on BA001 were greeted at their seats with a doughnut decked out with red, white and blue icing, the colours of both countries. Stars-and-stripes banners were fashioned into bunting running the length of the Airbus SE A350’s cabin.

“This is a real moment of celebration for us after campaigning for so long to restore this crucial transatlantic link,” Sean Doyle, CEO of IAG SA’s flagship British airline, told passengers aboard the flight.

The restart was not without its hiccups. Long check-in lines were evident at London Heathrow, Paris-CDG and Frankfurt. At Milan Malpensa, a United Airlines flight to Newark Liberty International was delayed by more than one hour because not all check-in gates were open.

Heathrow suffered traffic jams getting into the terminal and long lines at security, in part because one of the two X-ray machines in the fast-track lane had broken down.

Francesca, a 26-year-old Italian travelling to New York for a one-month US stay with friends, said that with the queue packed at Malpensa, social distancing was not being strictly respected. She said she was wary whether measures would be followed right through until on-board.

In Paris, a visa snafu caught a number of passengers unawares. With the reopening of its borders, the US cancelled automated visas previously issued through the Electronic System for Travel Authorisation.

Recent French retirees Yves and Denise Josseaume were among the Air France customers waiting anxiously to obtain new ones. They missed their 11am Delta Air Lines flight to Atlanta. Two men sitting nearby — one an Airbus employee trying to get to Cape Canaveral, the other travelling on business to Lexington, Kentucky — were in the same situation.

All had to apply for new visas under a process that was usually quick. On Monday, the system appeared to be backed up.

Andrea, 34, and Christoph, 39, from the German city of Aachen were headed to Las Vegas on a 10.45am Lufthansa flight out of Frankfurt. The couple, who did not give their last names, have not been on a vacation for three years. They are looking forward to spending some of the money they have saved during lockdown.

Many travellers said they were yearning to re-establish face-to-face connections.  “We’re reuniting loved ones, we hear stories of grandchildren that have not seen their grandparents, families reuniting and businesses converging,” said Shai Weiss, CEO of Virgin Atlantic.

“For us it’s a really big day, a tipping point from survival into the next 37 years.”

Pino Michieletto, a military and civilian helicopter salesman for Leonardo SpA, flew from Milan to Frankfurt on Sunday evening in order to catch the first Lufthansa flight to Dallas-Fort Worth.  He was a regular on the route before the Covid-19 pandemic hit, but has not been for two years.

“It’s important to have direct contact with customers,” he said. “I’ve been looking forward to this for some time.”

Fully vaccinated people with a negative Covid-19 test result in the prior 72 hours can board a flight and enter the country so long as they share contact-tracing information. Unvaccinated foreigners will be generally barred, while unvaccinated Americans need a negative test. The US will consider people arriving by plane vaccinated if they have had shots authorised by the Food and Drug Administration or who have an Emergency Use Listing from the World Health Organisation.

The Josseaumes, both 62, sported US flag-themed scarves, luggage, jackets and a cap as they described more than a year and a half of frustration at not being able to go to their beloved second home in Port Orange, Florida.

Yves, a motorcycle and vintage car aficionado, has been hanging out at Daytona International Speedway in Florida for decades. Their plans to spend more time living their passion were cut short in March 2020 when the pandemic shut the border. Since then, a neighbour had been taking care of the house and they have tried to keep in touch with friends.

“This is so unlucky,” Yves said. “We’re not leaving the airport, though.”

They were able to board a later flight.

More darkly funny and bittersweet episodes with the Roys

More darkly funny and bittersweet episodes with the Roys