Shares fall as much as 12% on Tuesday, after closing down 4.8% on Monday 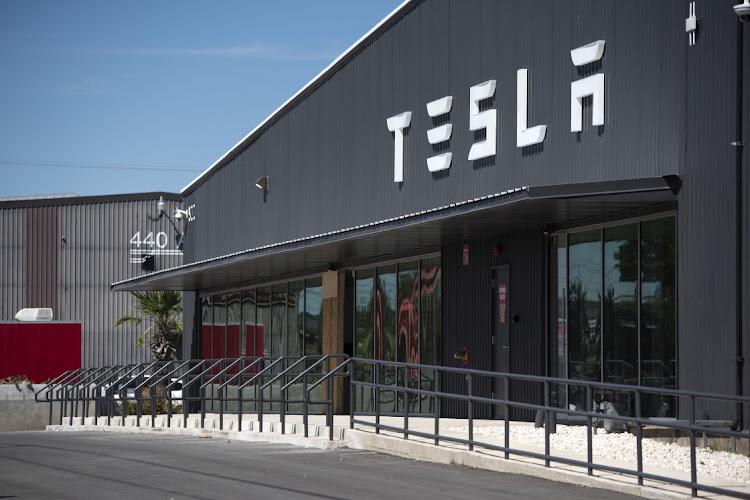 A Tesla showroom in Austin, Texas, the US. Picture: MARK FELIX/BLOOMBERG

Tesla lost nearly $175bn from its valuation on Tuesday, heading for the biggest two-day slide in 14 months, as the surge in shares lost momentum amid a host of negative news.

The drumbeat of adverse headlines reached a crescendo after Elon Musk’s Twitter poll that asked voters over the weekend if he should sell 10% of his stake in the electric-vehicle company was followed by news of his brother, Kimbal, selling some shares just before the poll. There was also a Business Insider report on Michael Burry, the investor made famous by The Big Short movie, saying Musk may want to sell stocks to cover his personal debts.

“The stock is extremely overvalued from a long-term perspective, and investors are struggling with the valuation,” said Matt Portillo, an analyst at Tudor Pickering. He noted that Musk’s stock-sale poll provided investors “an excuse to pull back a bit”.

The shares fell as much as 12% on Tuesday, after closing down 4.8% on Monday.

Despite the latest drop, Tesla is still up 46% in 2021, and has held above $1-trillion in market value, a key level it hit in late October. Most of those gains came after the company reported strong results and delivery numbers for the third quarter, significantly beating market expectations, and as rental-car company Hertz Global Holdings placed a big order for Tesla cars for its fleet.

Matthew Maley, chief market strategist at Miller Tabak + Co, said the sell-off in Tesla’s shares was part of a normal and healthy pullback. He called it a “reaction to a very overbought condition”.

Chipmaker Nvidia’s latest push into self-driving cars, could have added further pressure on Tesla as the electric-vehicle (EV) maker’s edge over competitors in autonomous driving technology is often cited as a big reason behind its premium multiple.

“The Nvidia autonomous vehicle (AV) technology announcement is a factor in today’s sell-off,” said Seth Goldstein, an analyst at Morningstar. Even though Tesla currently has a lead in AV, if Nvidia’s technology works well and “starts appearing in other automakers’ vehicles in model year 2024, then Tesla will face increased competition”.

Burry did not  immediately respond to a message from Bloomberg News to confirm the reports on the tweet, which currently doesn’t appear on his Twitter feed.

Separately, Kimbal Musk disclosed in a filing that he sold 88,500 Tesla shares on November 5. He sold the stake at an average price of $1,229.91 per share via JPMorgan, the filing says. That amounts to about $109m.

The shares sold represented about 15% of Kimbal’s equity stake, excluding options. He has assets valued at about $950m, according to the Bloomberg Billionaires Index, though Tesla’s latest proxy shows he had 599,740 shares — equal to all of his equity at the time, pledged as collateral for personal loans.

He’s been a member of the Tesla board since April 2004 and is also a director of his brother’s Space Exploration Technologies, known as SpaceX.

The cowboy-hat sporting chef-restaurateur is CEO of Kitchen Restaurant Group and co-founder of Square Roots Urban Growers, an urban farm community that cultivates crops such as arugula in spaces including old shipping containers.

While large sales by insiders are often seen as a negative signal, a sale of this size will not affect Tesla in a meaningful way, one analyst says
News
2 months ago