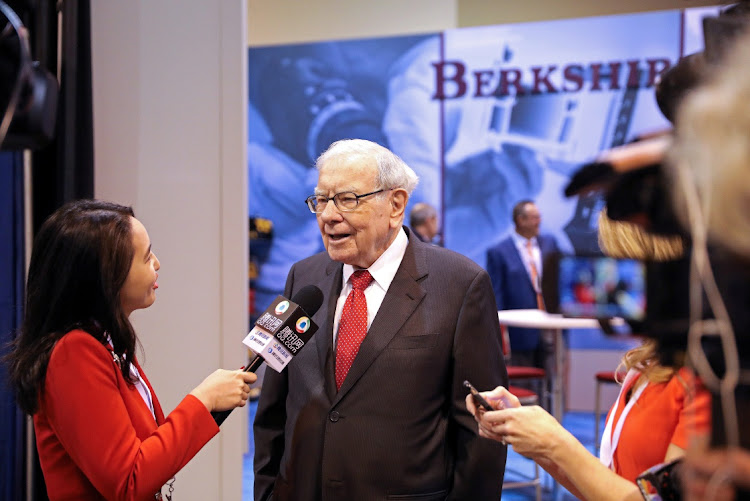 Warren Buffett at an annual shareholder meeting in Omaha, Nebraska, the US. Picture: REUTERS/SCOTT MORGAN

Warren Buffett has spent more money buying back Berkshire Hathaway’s stock in recent years than he did amassing his biggest equity bet on Apple.

Berkshire spent nearly $20bn more repurchasing its own stock since the middle of 2018 than it deployed accumulating its Apple stake through the end of last year. In total, Buffett poured about $51bn into buybacks since a change to its policy more than three years ago, and appears to have continued snapping up at least $1.7bn of stock since end-September.

Buffett, Berkshire’s chair and CEO, has built Berkshire into a sprawling conglomerate valued at more than $650bn, but that immense size has heaped pressure on his need for what he deemed an “elephant-sized” acquisition to ramp up Berkshire’s growth.

Buffett has been foiled on his recent deal hunt, outbid at times by aggressive private equity firms. That has left him relying on buybacks, with more than $20bn of repurchases so far this year, as a way to put some of Berkshire’s record cash pile to work.

“The bull case would say they bought back $20bn worth of their stock because they’re confident in their future outlook and that should be a catalyst for the stock, and my sense is it probably will,” Cathy Seifert, an analyst at CFRA Research, said. “The bear case, which is also relevant to point out, is this is a company that has had, as a stated desire, the need to make additional acquisitions and they haven’t been able to do that.”

It is a marked shift for a CEO who previously shunned buybacks. For years, Buffett preferred large deals and spending money snapping up other company’s stocks over repurchasing Berkshire’s own shares. But that changed in 2018 when the company’s board lifted a cap on buybacks, giving Buffett and his longtime business partner, Charlie Munger, more flexibility to parcel out profits.

Buybacks have surpassed even Berkshire’s largest holding, an Apple stake valued at more than $121bn at end-September. The company has spent just $31bn buying Apple shares since it began accumulating that stake in 2016 through end-2020, according to the most recent data available.

The bear case, which is also relevant to point out, is this is a company that has had, as a stated desire, the need to make additional acquisitions and they haven’t been able to do that

All the buyback activity, while significant in size, has been insufficient to meaningfully whittle away some of the conglomerate’s cash. Berkshire ended September with a record $149.2bn of funds in its coffers. While investors often want the management to remain disciplined on when and how it spends the money, the swelling cash pile is “somewhat disappointing”, according to Edward Jones analyst Jim Shanahan.

“Buybacks were fine, but cash balances increased again,” Shanahan said. “Cash is now approaching $150bn. That certainly was unexpected earlier this calendar year. I would have thought they would have been able to manage that lower with a combination of investments, acquisitions and buybacks.”

The Omaha, Nebraska-based business, which reported third-quarter earnings Saturday, posted an 18% gain in operating profit during that period, buoyed by record railroad earnings and strong results from its energy businesses. That helped offset even more underwriting losses at its group of insurers, which have been hit by catastrophes such as Hurricane Ida and more frequent claims from its drivers at car insurer Geico.

Berkshire also disclosed that it bought back at least $1.7bn in stock from end-September to October 27, according to Saturday’s filing. Empire Financial Research’s Whitney Tilson, who has been attending the Berkshire annual meeting for more than two decades, applauded the buyback, but noted that he would still prefer to see Buffett find the next lucrative stock bet.

“If Buffett could find another Apple, clearly I’d rather have him allocate to that,” Tilson said. “Buying back Berkshire stock makes sense when you’re drowning in cash.”

WARWICK LUCAS: A world of opportunity ... but be careful

If you prefer stock picking over index investing, keep your ego in check
Companies
6 months ago

Buffett’s wisdom extends far beyond his knowledge of investments, and I was always fascinated by the advice he would give
Opinion
7 months ago

Warren Buffett steps back from buybacks as profit surges