ByteDance has come under fire from regulators seeking to rein in its once-freewheeling internet industry. 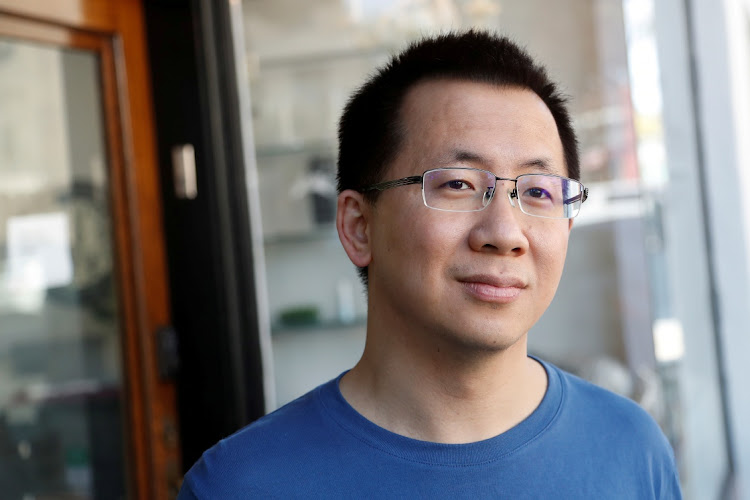 ByteDance’s billionaire founder Zhang Yiming has stepped down as chair, months after resigning as CEO of the TikTok owner that’s seeking to reposition itself amid China’s crackdown on its internet industry.

New CEO Liang Rubo has replaced Zhang on the five-member board that also includes representatives from investors Susquehanna International Group and Sequoia Capital China, according to a person familiar with the matter.

Zhang, 38, will still be involved in formulating the Chinese tech firm’s longer-term strategy, the person said, asking to not be identified discussing private matters.

The world’s most valuable start-up is making a bigger push into enterprise software after Beijing’s yearlong crackdown on the consumer internet and this week announced it was restructuring into six business units.

Shouzi Chew has stepped down as CFO of the social media giant to focus on running its hit global product TikTok, as part of the reorganisation, ByteDance told employees in a Tuesday memo.

ByteDance had kicked off initial preparations for public listing of its domestic assets, Bloomberg News reported in April. Since then, regulatory changes in China meant Zhang’s company has had to proceed cautiously, even before the initial public offering of Didi Global in New York sparked a backlash in Beijing. ByteDance has repeatedly said it’s not ready for an IPO.

“Zhang Yiming is making good on his wishes to spend his time focusing on things outside ByteDance’s current business,” said Rui Ma, a former tech banker and investor who’s now founder of podcast Tech Buzz China. “The restructuring is necessary streamlining and cutting the fat, because they were frankly becoming bloated.”

ByteDance became the first Chinese internet firm to achieve global success with TikTok, the short video platform that counts more than 1-billion monthly users worldwide. It was valued at $140bn in a 2020 fundraising round and then surged to as much as $500bn before declining from that peak, Bloomberg News has reported.

That success, alongside with domestic hits like TikTok peer Douyin and news aggregator Toutiao, has however made the Beijing-based company a target both at home and in the US, where it narrowly escaped a ban and forced sale of the global app under the Trump administration.

In China, ByteDance has come under fire from regulators seeking to rein in its once-freewheeling internet industry. While ByteDance isn’t the target of any official probe —  unlike peers Alibaba Group Holding  and Meituan — the start-up was among more than two dozen firms ordered by the tech industry ministry to carry out internal inspections and root out illegal online activity earlier in 2021. Its fintech arm has also been slapped with wide-ranging restrictions akin to the ones imposed on Ant Group.

Beijing’s sweeping controls over online content will likely hit ByteDance even harder. Regulators have slowed approvals for new video games to enforce stricter criteria around content and protection for children, threatening ByteDance’s emergent gaming business, while Chinese President Xi Jinping’s government has also issued a stern warning on online content that doesn’t conform with “civilised”, Marxist norms. The company was forced to lay off at least hundreds of employees in 2021, after Beijing introduced its harshest-ever curbs on the after-school tutoring industry, Bloomberg News has reported.

Meanwhile, Beijing has put in place new rules around data security, including a requirement that companies with more than 1-million users need explicit government approval before going public in other countries. Companies like ByteDance and Didi would need to reassure regulators that user data would not be compromised.

In the wake of the clampdown, ByteDance is pivoting away from content and entertainment to better align with Beijing’s priorities. The newly formed Lark unit — named after its Slack-style work app — will offer office collaboration tools like video conferencing and contract management. Its cloud arm — the backbone of Douyin and TikTok’s algorithm recommendations — will become more open to external enterprise clients. And its education business will focus on vocational training for adults and offer artificial intelligence-powered learning, smart hardware and campus collaboration.

The board change, first reported by Chinese tech outlet Late Post, marks a further retreat by Zhang, who has an estimated fortune of $44.5bn, from the app factory that he created nearly a decade ago. Faced with the rapid expansion of TikTok as well as the hyperscale growth and fast-evolving regulatory environment at home, the tycoon had already been delegating responsibility to trusted aides for months.

In 2020, he appointed two executives to run ByteDance’s Chinese operations while hiring Chew to oversee TikTok. According to his May memo announcing the CEO change, Zhang said he had begun discussions to install Liang as his successor in March. He told employees that the day-to-day responsibilities of being at the helm meant he hadn’t achieved as much as he had hoped to in areas like strategic opportunities and social responsibility.

Other tech founders in China have also retreated from their creations in recent months. Kuaishou Technology founder Su Hua said last week he will cede the CEO role to fellow co-founder Cheng Yixiao, while JD.com  in September named a new president, saying that chair Richard Liu will concentrate on long-term strategies. Pinduoduo’s Colin Huang also gave up both CEO and chairman titles at his e-commerce firm.

Few places capture China’s embrace of free markets, and the Communist Party’s new uneasiness, quite like Shenzhen
World
7 months ago
Next Article