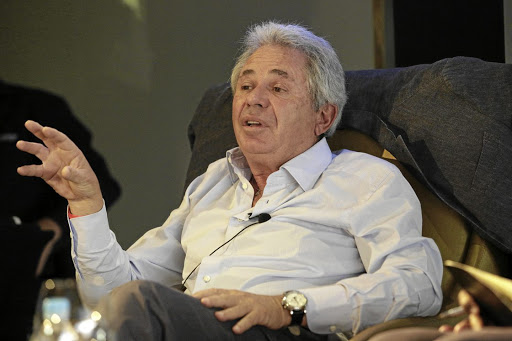 Old Mutual’s private equity arm is in talks to buy Long4Life, the SA investment company founded by entrepreneur Brian Joffe, according to people familiar with the matter.

The buyout firm has funds available that could go towards an acquisition of the Johannesburg-based group, said the people, who asked to remain anonymous as talks are ongoing. A final agreement has not been reached and a deal may not be finalised, they said.

Long4Life, which owns retailer Sportsmans Warehouse and beauty-salon chain Sorbet, was valued at R4.1bn as of Tuesday’s market close. The stock has declined 13% since an initial public offering in 2017, despite more than doubling since this time last year.

The shares jumped as much as 2.6% after the Bloomberg News report before paring gains.

The company said in a statement last week that it’s in talks with a potential buyer after receiving an unsolicited expression of interest, without identifying the suitor. A spokesperson declined to comment further. Old Mutual Alternative Investments also declined to comment.

Joffe, 74, has a long history of deal making, having built industrial conglomerate Bidvest Group through a series of acquisitions over almost 30 years. He stepped down from that company after spinning off food-delivery firm Bidcorp in 2016, and went on to put R100m of his own money into Long4Life. He is due to step down as CEO in 2022, moving to the chair role.

The entrepreneur and fellow directors have become frustrated that Long4Life’s market value is lower than the sum of its parts, and hired Investec to review the company’s structure earlier this year. That makes the firm an ideal takeover target, said the people.

A successful deal would fit with Old Mutual’s interest in the retail sector. The buyout firm’s Private Equity Fund IV, which is R3.7bn in size, has invested in shoe chain Footgear and sports companies The Pro Shop and Cycle Lab.

Structural review, Joffe move both point to new era beyond the gaze of ‘capricious shareholders’ for lifestyle investment firm
Business
9 months ago

Business Day TV spoke to Anthony Clark from Small Talk Daily about the changes at the lifestyle-focused company.
Companies
9 months ago

Brian Joffe to step down as Long4Life CEO in February

Joffe is set to switch to chair of the lifestyle-focused group in February, and Long4Life has also received an expression of interest for all its ...
Companies
10 months ago
Next Article

PSG vs Long4Life: which to buy now

PSG vs Long4Life: which to buy now