A poll released by eNCA and Ipsos SA shows the ANC garnering 43.4% of the vote overall 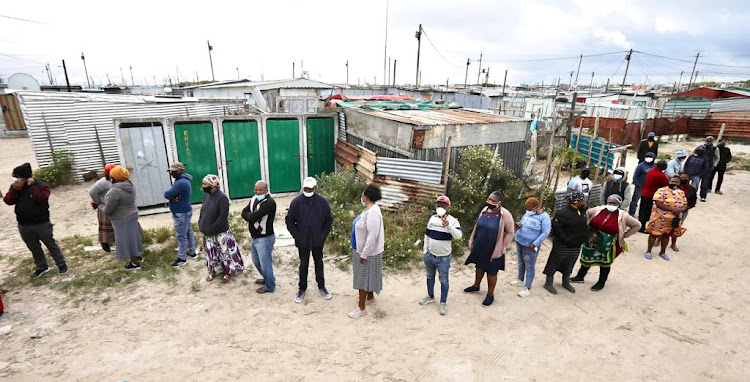 The election of councillors in the 278 municipalities is the first since President Cyril Ramaphosa won control of the ANC in 2017 and set about trying to rebuild support for the party, which plummeted during his predecessor Jacob Zuma’s scandal-marred rule.

Opposition party coalitions took charge of Johannesburg, the economic hub, and Pretoria, the capital, and other urban centres in the last vote five years ago, gaining control of more than R130bn in budgets. Those coalitions have proved unstable, with power changing hands several times in some towns.

Voting got under way at 7am and ended at 9pm.

A poll released on Sunday by broadcaster eNCA and research company Ipsos SA shows the ANC garnering 43.4% of the vote overall, the least since it took power in the nation’s first multiracial elections in 1994, and down from 54% in 2016. The main opposition DA is expected to win backing of 24%, down from 26.9%, while the EFF looks likely to be the biggest winner with 14.8%, up from 8.2%, the survey showed.

Besides the dire state of most towns, the ANC’s support could be eroded by recent power outages and record-high unemployment. The ANC is banking on Ramaphosa, 68, who is much more popular than his party and has been the public face of its campaign, to convince the electorate to give it another chance.

Support for the DA has been eroded by infighting and the fact that it has a predominantly white senior leadership, while 80% of the population is Black. Led by Julius Malema, a former ANC youth leader, the EFF advocates the seizure of land, banks and mines, policies that have resonated with poor, unemployed youths in urban townships.

About 10,000 soldiers have been deployed to potential hot spots to safeguard against disruptions to the vote, three months after an outbreak of civil unrest in the country left at least 354 people dead. At least 10 councillor candidates have died in suspected political killings in the run-up to the elections.

In addition to contesting seats against opposition parties, many ANC candidates will face off against their former colleagues who’ve left the party’s ranks and are standing as independents. Of the 95,247 contenders, 1,546 are going it alone, a 42% increase from 2016, according to the Independent Electoral Commission.

Under the constitution, final results must be released within seven days, though the count has previously take three or four. Turnout in municipal elections is typically far lower than in national ones.

The big question is whether the Ramaphosa effect has been sustained over the past two years, writes Carol Paton
Politics
6 months ago
Next Article