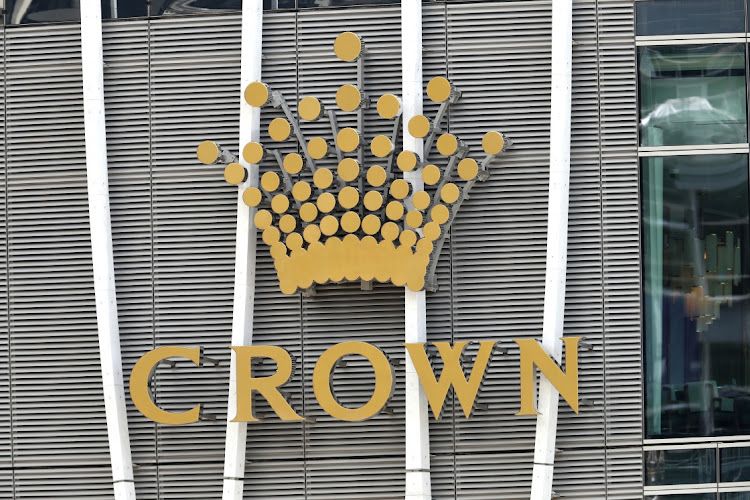 Crown Resorts was handed an unexpected lifeline after the Victorian state government gave the tarnished company two years to address a litany of wrongdoing and save its flagship Melbourne casino.

He described the company’s behaviour as “illegal, dishonest, unethical and exploitive”.

But Crown shares jumped as much as 13% in Sydney after it avoided the worst possible outcome from Finkelstein’s Royal Commission — an immediate loss of the Melbourne licence. That would have disabled the earnings engine of the entire group and left Crown’s future as an independent company in doubt.

Instead, a special government-appointed manager with almost unrestricted powers will supervise Crown’s Melbourne casino for two years to oversee the company’s efforts at reform. They will be able to veto board decisions and will have unfettered access to all areas of the casino, its accounts and records, the Victorian government said.

While Crown will be stripped of its licence after 24 months unless it satisfies the government it has sufficiently changed, that may be improbable. Even Finkelstein said Crown’s efforts to clean up its act are “likely to succeed”.

The special manager “will hold Crown management’s feet close to the fire”, said Justin Tang, head of Asian research at United First Partners in Singapore. “I am of the view that Crown will emerge in two years smelling of roses.”

Crown shares were up 8.4% on Tuesday, swelling the Melbourne-based company’s market value to A$7bn ($5.3bn).

That was even after Finkelstein’s 652-page report documented the scale of Crown’s misconduct. He concluded Crown had bullied the state gaming regulator and fed it false and misleading information. Some senior executives at Crown, Finkelstein said, had put profit over their moral and sometimes legal obligations.

“Within a very short time, the commission discovered that for many years Crown Melbourne had engaged in conduct that is, in a word, disgraceful,” the inquiry said.

Finkelstein said “perhaps the most damning discovery” by his inquiry was the way Crown dealt with people with gambling addictions. “Crown Melbourne had for years held itself out as having a world’s best approach to problem gambling,” Finkelstein wrote in his report. “Nothing can be further from the truth.”

While Finkelstein concluded it was “inevitable” that Crown Melbourne was found unfit to hold its licence, he ultimately wrestled with the economic and social fallout of cancelling it. Such a decision risks causing “considerable harm to the Victorian economy and innocent third parties,” he wrote. “Whatever the decision, there will be legitimate criticism from those who would go the other way.”

The eventual penalty imposed on Crown, to some degree at least, suggests the company has become too big to fail, said Thomas Clarke, a professor of corporate governance at UTS Business School in Sydney.

Tuesday’s verdict is also central to suitors including Blackstone and Star Entertainment that have circled Crown in recent months. Any takeover of Crown before the Melbourne casino’s future is assured is now fraught with risk. Star shares rose as much as 8% on Tuesday.

As it released Finkelstein’s damning report, the Victorian government proposed increasing the maximum penalty for breaking casino legislation to A$100m from just A$1m. New legislation also creates the Victorian Gambling and Casino Control Commission, which will focus uniquely on the Melbourne casino.

Crown said it will work “cooperatively and constructively” with the government in its response to the inquiry.

While far from the most severe outcome, the effective imposition of a government caretaker at Crown Melbourne is just the latest blow for one of Australia’s highest-profile corporations and its billionaire shareholder James Packer. He owns about 36% of Crown Resorts.

Finkelstein recommended no individual shareholder should own more than 5% of a casino operator, without the regulator’s approval. That rule should apply to Packer’s private investment company, which holds his Crown stake, from September 2024, Finkelstein said. That gives the billionaire a little less than three years to sell down his stake — without succumbing to the financial pressure of a fire sale.

In February, Crown was found unsuitable to run its brand-new casino in Sydney, which remain shut more than 10 months after its planned opening. The company’s precarious position is an improbable turnaround from just five years ago, when Crown boasted a network of casino, entertainment and property assets stretching from Australia to Macau and Las Vegas.

The Victorian inquiry drew on the findings of the Sydney probe, which found Packer’s influence over the board had “rather disastrous consequences” for the company.

“Mr Packer also used his influence to exercise control over Crown business operations to suit his own interests, even after his resignation” from Crown and his private investment company, Finkelstein said.

Crown’s gambling operations began to unravel with a crackdown by authorities in mainland China in late 2016, leading to the arrest and conviction of more than a dozen employees. By the end of that year, Crown had scrapped a spin-off of its international assets, including a stake in Macau casino operator Melco Resorts & Entertainment, and started a retreat to Australia.

Cascade Investment will pay $2.2bn in cash to Prince Alwaleed’s company in bet on luxury travel rebound
Companies
8 months ago