Synchron’s procedure will help a patient text by thinking, in a major step forward in a nascent industry 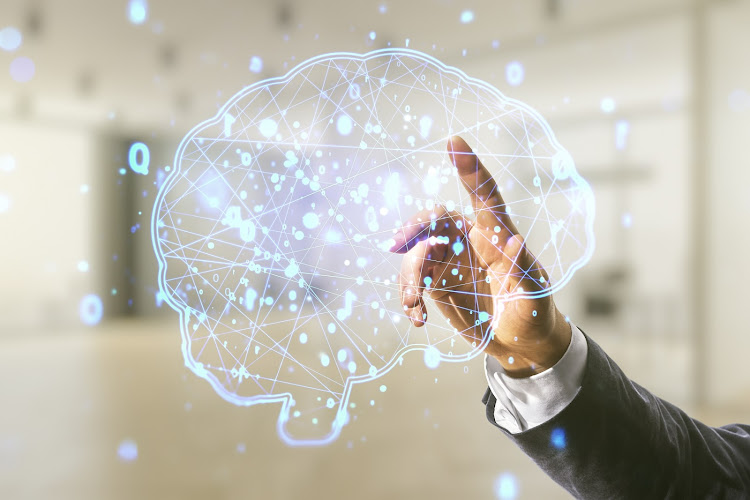 On July 6 a doctor at the Mount Sinai West medical centre in New York threaded a 3.8cm-long implant made up of wires and electrodes into a blood vessel in the brain of a patient with ALS, or amyotrophic lateral sclerosis. The hope is that the patient, who’s lost the ability to move and speak, will be able to surf the web and communicate via email and text simply by thinking — the device will translate his thoughts into commands sent to a computer.

Synchron, the start-up behind the technology, has already implanted its devices in four patients in Australia, who haven’t experienced side effects and have been able to carry out such tasks as sending WhatsApp messages and making online purchases. The recent procedure was the first the company has done in the US, putting it ahead of competitors including Elon Musk’s Neuralink.

“This surgery was special because of its implications and huge potential,” says Dr Shahram Majidi, the neurointerventional surgeon who performed it.

Founded in 2016, Synchron has caught the attention of the brain-computer interface (BCI) field because its device, known as the stentrode, can be inserted into the brain without cutting through a person’s skull or damaging their tissue. A doctor makes an incision in the patient’s neck and feeds the stentrode via a catheter through the jugular vein into a blood vessel nestled within the motor cortex. As the catheter is removed, the stentrode — a cylindrical, hollow wire mesh — opens up and begins to fuse with the outer edges of the vessel. According to Majidi, the process is very similar to implanting a coronary stent and takes just a few minutes.

A second procedure then connects the stentrode via a wire to a computing device implanted in the patient’s chest. To do this, the surgeon must create a tunnel for the wire and a pocket for the device underneath the patient’s skin, much like what’s done to accommodate a pacemaker. The stentrode reads the signals when neurons fire in the brain, and the computing device amplifies those signals and sends them out to a computer or smartphone via Bluetooth.

Though this may make some people squeamish, it’s far less invasive than the current state-of-the-art technology, known as the Utah array, which requires doctors to cut and drill into the skull to place rigid needles in the brain. Those then attach to a lime-size device placed on top of a person’s head.

The Utah array has allowed patients with severe disabilities to do remarkable things such as command robotic arms to bring them a cup of water. But they generally use the devices only under supervision at a hospital, and the brain tends to form scar tissue around it, degrading the signals gathered by the electronics over time.

Neuralink has been working to develop a much smaller, more powerful implant that can be placed in the brain through a simplified surgical procedure aided by a robot. Still, it would also require the removal of a chunk of a patient’s skull, and the company has yet to receive approval for human trials.

The US has more cautious policies around these types of procedures than Australia, and it took years of work for Synchron to receive a go-ahead from the Food and Drug Administration (FDA). The US patient is the first in a six-person, $10m trial funded by the National Institutes of Health (NIH) and led by Douglas Weber, a professor of mechanical engineering at Carnegie Mellon University, and David Putrino, the director of rehabilitation innovation at Mount Sinai.

The technology remains in its early stages of development, and the trial is meant to focus more on how the human body reacts to the implant and how clear the brain signals are than on the functions a person can perform with the device. 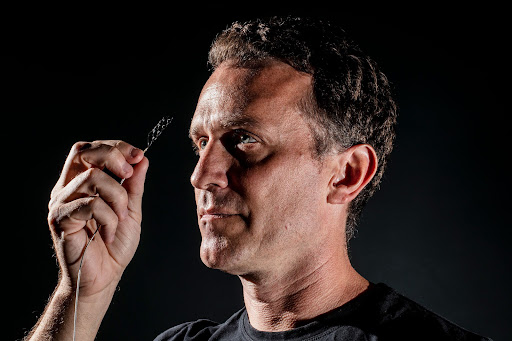 Tucked into the motor cortex, the stentrode uses 16 electrodes to monitor brain activity and record the firing of neurons when a person thinks. The signal strength improves over time, as the device fuses deeper into the blood vessel and gets closer to the neurons. Software is used to analyse the patterns of brain data and match them with the goal a person is trying to accomplish.

People in the BCI field have a long history of hyping technologies that end up with limitations preventing broad use. In light of that, the US patient requested anonymity and declined to discuss the operation so as not to promote the Synchron device before experiencing its pros and cons.

The limited computing power of the stentrode means the device can’t translate whole sentences. Rather, a patient with the implant picks letters one by one on a screen, and the technology converts those “yes or no” thoughts into commands.

Still, doctors and researchers think Synchron’s technology could lead to major advances in the way people with severe disabilities go about their day-to-day lives. “One of the untold secrets of the brain-implant technologies trialled over the past two decades is that they have never really translated into independent home use,” says Putrino. Unlike people with Utah arrays, Synchron’s Australian patients are using the devices in their own homes.

Tom Oxley, Synchron co-founder and CEO, hopes to implant as many as 16 stentrodes in the coming year, as his company looks to move beyond the NIH study and to advance trials for review by the FDA. Though many of the early implants will go to ALS patients, it’s thought that the technology should also benefit people who have had strokes and spinal cord injuries, or have multiple sclerosis, among other conditions.

Max Hodak jumps at the chance to work with Synchron, which has permission to launch a clinical trial in the US
News
6 months ago

Oxley, a physician with a doctorate in neuroscience, grew up in Australia and developed the technology there before moving his company to Brooklyn. He’s hoping this first US procedure will show that the operation is so similar to existing surgeries around stents and pacemakers that it can be performed on a regular basis by thousands of doctors. “I feel like we have broken through this barrier and that people get it,” he says.

The company’s non-invasive approach does have some drawbacks. Because the stentrode is placed in a blood vessel, its electrodes are not as close to the neurons as the implants being developed by Neuralink, making its signal less clear.

In the months and years ahead, Synchron aims to shrink the size of its devices while increasing their computing power. If it’s successful, the company would be able to place numerous stentrodes in each patient in different parts of the brain, allowing them to perform more functions.

Oxley expects that his technology will help generate a flood of new data and insights into how the brain works and could lead to breakthroughs with a number of disorders, including mental health issues. “I feel like we are at the beginning of a renaissance around brain decoding,” he says.

Neuralink is recruiting a clinical trial director, indicating that the firm is edinig closer to testing chip impants in human brains
News
6 months ago

How to eat out a bit more cheaply in London

How to eat out a bit more cheaply in London