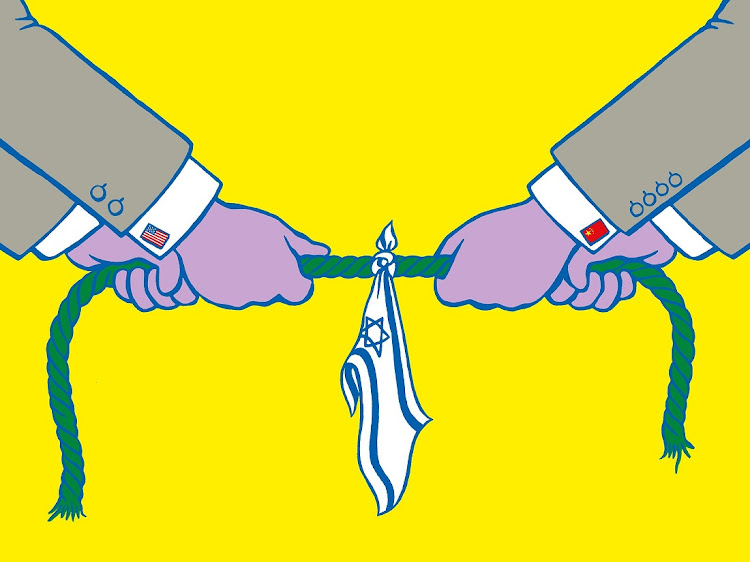 On July 13, Joe Biden makes his first presidential visit to Israel. The country doesn’t see eye to eye with the US on a number of crucial foreign policy issues, such as the Biden administration’s attempts to revive the Iran nuclear deal or its tough stance on Russia over the war in Ukraine. But the trip could give Biden a chance to highlight real progress in another geopolitical arena: the US rivalry with China over advanced technologies.

A long-running US effort to steer Israel’s tech industry away from China had yielded only patchy results, but now it seems to be working. Ties between Israel’s tech sector and China have eroded in recent years, threatening to cut off a key remaining option for Beijing to access strategically important technology.

Despite its size, Israel is an essential focus for geopolitical manoeuvring over tech. It’s a major hub for cybersecurity companies, many staffed by veterans of elite military intelligence units. About 40% of private global investment in cybersecurity now takes place in Israel, according to the country’s National Cyber Directorate. Hundreds of foreign companies have also set up research & development centres in the country.

Before 2018, China had been positioning itself as an important international partner for the Israeli tech industry, which sought capital and access to one of the world’s biggest markets.

Chinese investors were far from its most vital sources of capital — they invested $424m in Israeli start-ups in 2018, about 5% of the total investment into the sector — but their connections to Israel were deepening. Chinese giants such as Alibaba and Huawei were also building research centres in the country. In October 2018, Israel’s then prime minister, Benjamin Netanyahu, hosted vice-president Wang Qishan and Alibaba co-founder Jack Ma at a meeting of the Israel-China joint committee on innovation co-operation in Jerusalem.

China is still very much interested in Western-style technologies

In retrospect, that may have been the high-water mark. In 2021 Chinese capital accounted for only 1% of investment in Israeli start-ups, data from the IVC Research Center shows.

This could be a strategic disadvantage for Beijing, which has been grappling with growing hostility from the West. “China is still very much interested in Western-style technologies” but is finding itself increasingly locked out of the US and Europe, says Junhua Zhang, a senior associate at the Brussels-based European Institute for Asian Studies. “So the only option is Israel.”

That option is looking shakier than ever. This is partly because of the pandemic and concerns about China’s approach to tech, given the crackdown on its own industry. Companies in Israel that once welcomed Chinese financiers, particularly in sensitive deep-tech sectors, are now hesitant to do business with them because of the potential political consequences in other markets.

Under pressure from its US and European backers, one supplier of electric vehicle (EV) components this year abandoned plans to take Chinese capital in exchange for access to the world’s biggest EV market, according to a person with knowledge of the matter. US investors in an Israeli chip company would allow it to sell products in China only if it promised not to conduct research there, said another person, who asked not to be named while discussing a sensitive matter.

Nevo Alva, whose sale of his QR code company Visualead in 2017 marked one of Alibaba’s first acquisitions of an Israeli start-up, says he’ll accept Chinese investors for his new endeavour, Acumen, only if they already have a Western presence. Alibaba shut its Tel Aviv research centre, which emerged from the Visualead purchase, in June.

The chill dates to the Trump administration, which put sanctions on Huawei and other Chinese companies, and leant on allies to block exports of chips and sensitive software. At the same time, the US pressured Israel to set up a review process modelled after the committee on foreign investment in the US, or Cfius, which gives officials power to block or put conditions on deals with national security implications. In 2019, Israel did set up that review process, but only for areas such as infrastructure and energy, leaving out the tech sphere.

Israel has continued to move towards the harder line of some of its traditional allies. “We are still more welcoming than the Americans or several European countries,” says Doron Ella, a research fellow at the Institute for National Security Studies, an Israeli think-tank. “But in the last one or two years, this welcoming environment is becoming less welcoming.”

The Biden administration continues to work to cut China off from key technologies. Bloomberg News reported on July 7 that the US was attempting to persuade the Netherlands to ban ASML Holding, a Dutch company that makes equipment for chip production, from selling China even mainstream technology essential to chip development.

In Israel the administration keeps pushing for the Cfius-like reviews into tech, accusing China of buying or stealing technology that could further its military ambitions. “We would like to see Israel’s investment screening system strengthened and expanded, especially in the field of high tech,” says a US embassy spokesperson, who accused China of forced technology transfer and industrial espionage. “We have been candid with our Israeli friends over risks to our shared national security interests.”

In part, Israeli start-ups may be getting pickier because they find it easier to attract investors than they have in the past, says Ehud Levy, a general partner at Canaan Partners Israel and also a partner at China’s Lenovo Capital. And even if it hasn’t yet succeeded in getting Israel to adopt its entire policy agenda, the US has convinced many Israeli entrepreneurs of the need to choose sides.

Companies that were desperate for chips are  having a ‘toilet-paper moment', with big implications for producers
Companies
1 month ago

Asian collector pays £16m for a cask of Scotch

Asian collector pays £16m for a cask of Scotch