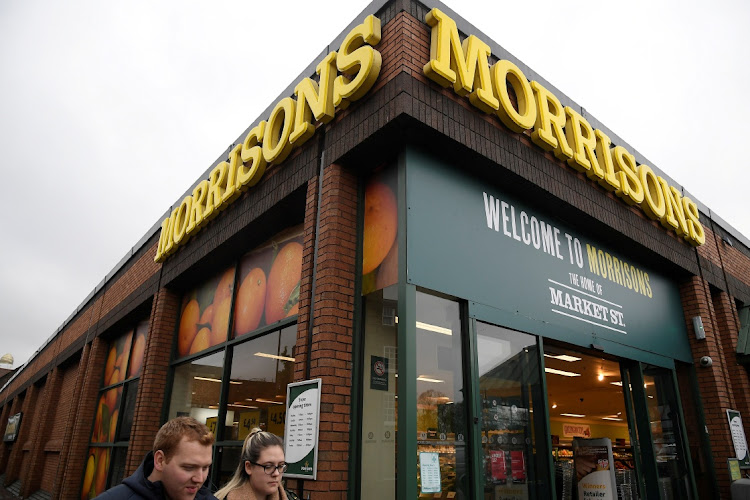 Food producers, responding to consumer demand for sustainable options, have spent years sourcing alternatives for palm oil, a versatile product derived from the oil palm tree, whose farming has led to the destruction of rainforests in Southeast Asia, including critical habitat for endangered orang-utans. Now the war in Ukraine is disrupting more than half the global supply of sunflower oil — a substitute of choice for the palm oil found in potato chips, cookies and nut butters — and consumer goods manufacturers are reversing course.

Supermarket chains in the UK, which have made efforts to shift away from palm oil, have recently had to acknowledge the U-turn.

Iceland Foods, based in Deeside, England, in 2018 pledged to remove all palm oil from its own-brand lines but has reverted to using certified sustainable palm in at least 25 products — including frozen garlic bread and sponge puddings — even as the grocer prioritises replacing sunflower oil with other edible oils such as rapeseed.

For Iceland Foods, the development was an unexpected consequence of the war, according to MD Richard Walker. “It was a difficult decision,” he said at a conference in London in May. “I never thought I’d do or say that we’d go back to palm oil.” 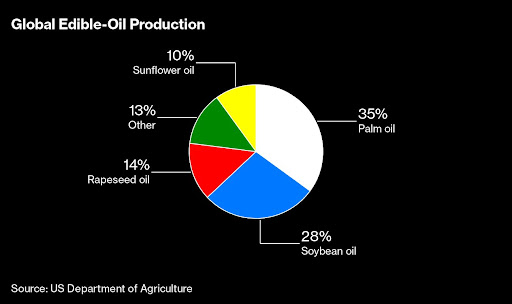 Together, Russia and Ukraine supply about 65% of the world’s sunflower oil, 25% of its wheat, 20% of its barley, and 18% of its corn. The conflict has triggered transportation snarls, harvest delays and a surge in fertiliser costs, which have sent food prices to record highs and made basics like bread, meat and cooking oils more expensive around the world.

Governments in Indonesia, India and Argentina are limiting exports to safeguard their own food supplies, further curtailing availability of critical ingredients including wheat, sugar and vegetable oils.

That’s all meant that sustainability pledges are taking a back seat to food and energy security, says Aurelia Britsch, director at Sustainable Fitch, the environmental, social and corporate governance unit of Fitch Group. “This comes at a time when agribusiness and food companies are flocking to set net-zero GHG [greenhouse gas] emissions targets, pledging to end deforestation in their supply chains,” she says.

Part of the allure of palm oil is that it’s the most productive edible oil crop. Some other alternatives to sunflower oil come with their own environmental black marks, including soya bean oil, which is linked to widespread deforestation in Latin America.

Palm oil exporters are seizing the opportunity to win back market share. Malaysia, the second-biggest supplier, reaffirmed its willingness to respond to international demand following export restrictions by Indonesia, the leading supplier, and said it will take advantage of the political tension in the Black Sea and global edible-oil shortages to regain market share in Europe. The Malaysian government is also pushing for recognition of its national sustainable palm oil certification plan.

Some food producers — rather than avoiding palm oil entirely — choose to buy only from suppliers whose farms commit to no deforestation and no new land clearing and meet social and governance criteria such as no forced or bonded labour. Nestlé,  which has said it will source only certified-sustainable palm oil by 2023, says it won’t bend on that pledge despite seed-oil shortages. “If someone doesn’t certify palm oil to be deforestation-free, we would not consider them as a new supplier,” Nestlé CEO Mark Schneider said during a sustainability event in Flaach, Switzerland, in May. “We’re not intending to slide back.”

Only one-fifth of the palm oil produced globally in 2020 was certified sustainable by such organisations as the Roundtable on Sustainable Palm Oil (RSPO), and only half of that was purchased under the label. The unsold oil is mixed with uncertified oil and sold without the sustainability premium. Growers say they’ve made progress going green, but food companies and retailers often won’t pay for the more expensive certified oils.

However, advocacy groups have said these sustainability efforts are examples of “greenwashing”. Greenpeace has called eco-friendly palm oil “a con” and said some RSPO-certified members are destroying forests and getting away with it.

Still, deforestation for palm oil farms had been decreasing in Indonesia and Malaysia in recent years, and the war is likely to reverse the progress, says Britsch. “If anything, strong demand and record-high palm oil prices are likely to incentivise a pickup in land clearing for new plantations.” — With Corinne Gretler