Growth of chicken production has been a nasty thing if you’re a chicken, but it is the first rung on the protein ladder 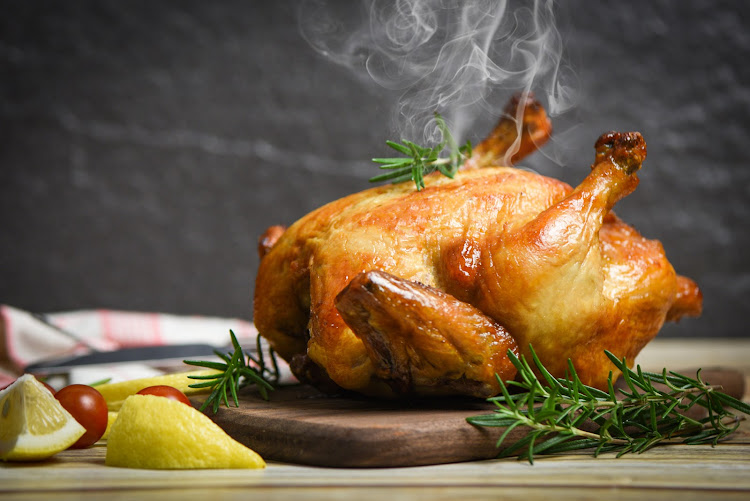 For centuries, a delectable steak or pork loin has been the preferred top of the food chain for diners as societies grew more affluent and improved their diets.

No longer. In 2022 chicken consumption is expected to reach 98-million tonnes, double the amount eaten in 1999. That’s more than three times the growth rate of pork and 10 times that of beef, according to US government data.

Global chicken consumption is on track to account for 41% of all meat-eating by 2030. And in less than a decade, for better or worse, humans will for the first time consume far more chicken than any other kind of protein.

Thanks to genetics and other innovations, the cost of rearing chickens has been pushed down repeatedly over the years. Modern birds are ready for slaughter just six weeks after they are hatched. During that time, they prodigiously convert feed into protein like no other animal can.

“Somehow we continue to find ways to increase the amount of meat per bird and bring down the time that’s involved there,” says Jayson Lusk, an agricultural economist at Purdue University. “One might imagine that there are some biological limits to these things, but we haven’t found them yet.”

Modern birds are ready for slaughter in six weeks, in which time they prodigiously convert feed into protein like no other animal can.

The shift to poultry in major economies from Brazil to China is speeding up as inflation makes red meat too expensive for more of the world’s population. Chaos in food supply chains caused by the pandemic and the war in Ukraine has only reinforced that trend.

There’s an even darker side to the ascent of chicken. The birds can now put on kilograms so quickly that organs and muscles can’t keep up, making it hard for them to stand. Bird flu outbreaks, like the ones that recently struck the US Midwest and East Coast, are bigger and more severe because of increasing use of industrial production methods.

The cost of production versus total output in poultry has probably fallen to a third of what it was 30 years ago, says Tai Lin, managing partner of Proterra Asia, a private equity firm that invests in the food industry. Farmers haven’t figured out how to achieve the same for other animals. “It’s become the most economic meat,” Lin says.

Demand is increasing so rapidly that producers can’t keep up, causing shortages to emerge. Restaurateurs in the US are engaged in a brutal competition for supplies. Chicken chain Wingstop says it wants to buy a processing plant, which would make it the first large US restaurant operator to venture that far up the supply chain.

Layne’s Chicken Fingers, a Texas chain that sells only fried chicken, French fries and a few sides was dropped by its biggest poultry supplier last year because it didn’t have enough product. The only alternative source that Layne’s head of operations, Samir Wattar, could find was charging almost double the price. This year, even though prices are still elevated, he’s locked in more than needed, just to make sure he won’t run out.

BIG READ: Why you should eat meat

Why did the chicken cross the road? To fulfil his destiny as dinner
Life
4 months ago

In Asia chicken is displacing pork — the traditional meat of celebrations, everyday cooking, and dining out — as a younger generation embraces the Western view that white meat is healthier. Some restaurants in China no longer serve pork, a practice unthinkable just a few years ago. The menu at Wagas, an upmarket, health-focused chain with locations in major Chinese cities from Beijing to Chengdu, offers fare including kale salads with chicken and avocado, seafood and plant-based options, but no pork.

Brazilians are also gobbling up chicken this year as inflation puts beef out of bounds for millions. The nation, the world’s largest poultry exporter, is boosting output by 4.5% to a record. Companies are adding production lines, shifts and process improvements, says Ricardo Santin, head of exporter group ABPA.

Demand is also rising in areas from Europe to SA to Mexico. “I don’t know a country in the world that doesn’t have chickens,” says Brett Stuart, co-founder of Global AgriTrends, a consulting firm. “It’s the first rung on the protein ladder,” he says. “When you move up from rice, you start with poultry.”

Because chickens grow so quickly, poultry is more climate friendly than beef, which is criticised for the  greenhouse gas emissions generated by raising cattle.

“I don’t know a country in the world that doesn’t have chickens. It’s the first rung on the protein ladder.

Some restaurants and companies are turning to poultry to help with green goals. Bakery-cafe chain Panera Bread recently started advertising Cool Food Meals, an environmentally friendly menu of entrées featuring chicken developed by the non-profit World Resources Institute. It’s part of the company’s efforts to remove more carbon from the air than it emits by 2050.

Food service giant Aramark has also signed on to develop and sell foods with smaller carbon footprints, along with Nestlé’s food-service business. The push for lower-carbon meals at big companies, chains, universities, and even governments has so far resulted in a 16% decline in emissions per plate, according to the World Resources Institute, which created the programme in 2019.

“Consumers do not have to compromise taste for being climate responsible,” says Panera CEO Niren Chaudhary. “Animal proteins, in the right ratio and the right balance, are and can be cool,” he says.

Industrial chicken production also creates environmental problems, because intensive feeding operations concentrate waste products and produce odour issues. Soya beans, part of industrial chicken feed, have been linked to Amazon deforestation. “The growth of chicken production has been a very nasty thing if you’re a chicken,” says Timothy Searchinger, a professor at Princeton University’s Centre for Policy Research on Energy and the Environment.

Still, humane and Earth-friendly farming won’t amount to much if the product doesn’t meet consumers’ expectations. Cooks Venture, a chicken company that uses agriculture methods to sequester more carbon in the soil, says that taste remains the No 1 consideration for consumers. So the company is pushing hard on that aspect of poultry, arguing that their denser-muscled birds are more flavourful than the industrial variety.

Bloomberg Businessweek. More stories like this are available on Bloomberg.com.

McDonald’s to include halloumi fries in summer menu

LETTER: Supporting local producers is the right thing to do