Sheryl Sandberg’s ‘Lean In’ missed what most women needed 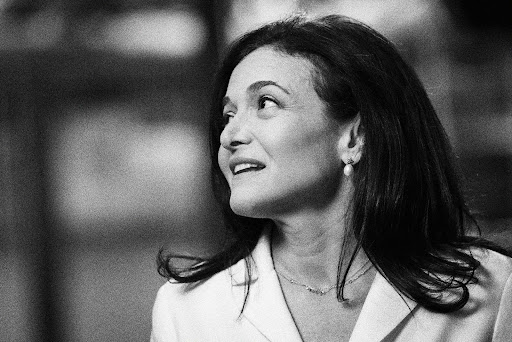 High-ranking women in business — because there are so few of them — are often saddled with the unfair expectation that their mere presence in the C-suite will benefit other working women.

Sheryl Sandberg gladly embraced that role when she published her 2013 bestseller, Lean In: Women, Work, and the Will to Lead, and founded its eponymous foundation, LeanIn.org. Instantly, she became the face of 2010s-era corporate feminism.

As she steps down from a 14-year run as COO of Facebook, now known as Meta Platforms, Sandberg has said she wants to shift her focus even more toward women’s issues. “It really feels like a very, very important moment, when I think more focus there would be important to me, personally,” Sandberg told Bloomberg News.

But her decade-long track record doesn’t suggest she’s had a meaningful influence on the plight of working women. In fact, some believe that by focusing on self-empowerment she completely overlooked the forces that continue to keep women from equal pay, reaching positions of power and equality writ large. “I don’t subscribe to the ethos that women simply need to work harder to be successful,” says Natasha Lamb, a managing partner at Arjuna Capital, an activist investment firm based in Manchester-by-the-Sea, Massachusetts, who successfully pushed Facebook to release pay gap stats. “There is structural sexism built into the system.” 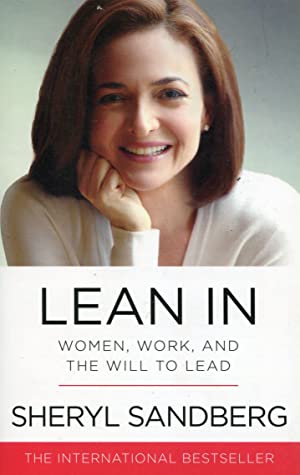 Lean In was a sensation when it came out, selling 600,000 copies in three months. The book, co-written by Nell Scovell, had a simple message: Working women needed to stop holding themselves back. They needed to ask for raises, try for promotions, and stop “baby-tracking” their careers. All they had to do to succeed was “lean in”: speak up, ask for things, sit at the table — literally, take a seat at the conference table.

From the beginning Lean In had its critics, but it also resonated with millions of women. When Bloomberg Businessweek revisited Lean In on its fifth anniversary, one woman told us she’d never asked for a raise before reading Sandberg. “Lean In blew my mind,” said Katie King, a Chattanooga attorney. Another reader stocked up on copies to hand out to female employees. It helped women realise they weren’t alone in their experiences of internalised sexism. They’d been taught to act small, and now one of the most visibly successful women in the corporate world was encouraging them to stand tall. Many took her advice. Act like Sandberg, and they could achieve like Sandberg.

Yet it took just a few years for LeanIn.org’s own research to undercut Sandberg’s message. Each year the foundation, in partnership with the consulting firm McKinsey, releases a survey of tens of thousands of employees at more than 100 big companies to assess the state of women in the workplace. The 2016 report found that slightly more women were asking for raises than men — aka “leaning in”. Good news, right? Wrong. They were far more likely than men to be told they were being “bossy”, “aggressive”, or “intimidating”. A study that had come out earlier that summer found that women asked for raises as much as men but were less likely to get them. Many of the women we talked to in 2018 had similar experiences: They leaned in, and the world pushed back.

Still, in a piece for the Wall Street Journal on the 2016 survey’s results, Sandberg doubled down. “All of us can encourage women to keep negotiating — until the day that it’s seen as perfectly normal, and even expected, for women to ask for more,” she wrote.

Seven management secrets from the Vogue throne
Opinion
1 month ago

Since then, it’s become increasingly clear that women’s ascent up the corporate ladder isn’t entirely within their control. #MeToo and Black Lives Matter led more people to recognise that widespread harassment, discrimination, and bias keep women from advancing at work.

“For Black women, women of colour, I don’t think Lean In fit then or fits now,” says Karen Boykin-Towns, president and CEO of Brooklyn-based consulting firm Encore Strategies and vice chair of the national board of directors for the National Association for the Advancement of Colored People. (LeanIn.org’s 2021 report found that women of colour make up just 4% of the C-suite.)

As times changed, Sandberg updated her views. In 2016, a year after her husband suddenly died, she wrote in a Facebook post: “I did not really get how hard it is to succeed at work when you are overwhelmed at home.” (This was before the last two years of Covid-19 quarantines and school closures.) She’s also acknowledged that women of colour face additional biases not addressed in her book.

In the meantime, Sandberg’s role at Facebook became less compatible with her avowed values. While early in her tenure she was credited with creating Facebook’s lucrative ad-sales model, in recent years the company failed to rein in misinformation and hate speech and the improper sharing of user data. Most recently, the Wall Street Journal reported that she worked to suppress news about a restraining order against her former boyfriend, Bobby Kotick, the Activision Blizzard CEO.

Lamb, who’s working to get Facebook to ensure that the metaverse isn’t rife with racism and sexism, takes a harsh view. “She’s leaving Facebook a mess,” she says. “Trying to reform Facebook is an exercise in banging your head against the wall because of the incredible power that [CEO Mark] Zuckerberg has. But you would have thought, as Zuckerberg’s mentor, Sheryl Sandberg would’ve done more to help unwind that power structure. And she didn’t.”

Women made up 37% of the Meta workforce and held 36% of leadership roles as of 2020, the most recent data release shows. That’s an improvement from 31% of the overall workforce and 23% of managers in “senior levels” when the company put out its first diversity report in 2014. Twitter has a higher share of women in leadership at 39.5%. Alphabet has fewer at 28%. But what we’ve learned in the past 10 years is that numbers like those aren’t the whole picture. Sandberg was just one person up against a machine she helped build and the ultimate power at Meta, Zuckerberg. A few raises and a few more women in higher positions don’t address the underlying problem.

BOOK REVIEW: Dazzling novel delves into the lives of tycoons during the Depression

BOOK REVIEW: A meeting of quiet agony and dysfunctional people

David de Jong's 'Nazi Billionaires' makes for a page-turning read that is both uncomfortable and compelling, writes John Fraser
Life
3 weeks ago
Next Article

CYNTHIA SAMUEL-OLONJUWON: Pitfalls and pluses: how the pandemic has rewired ...

CYNTHIA SAMUEL-OLONJUWON: Pitfalls and pluses: how the pandemic has rewired ...