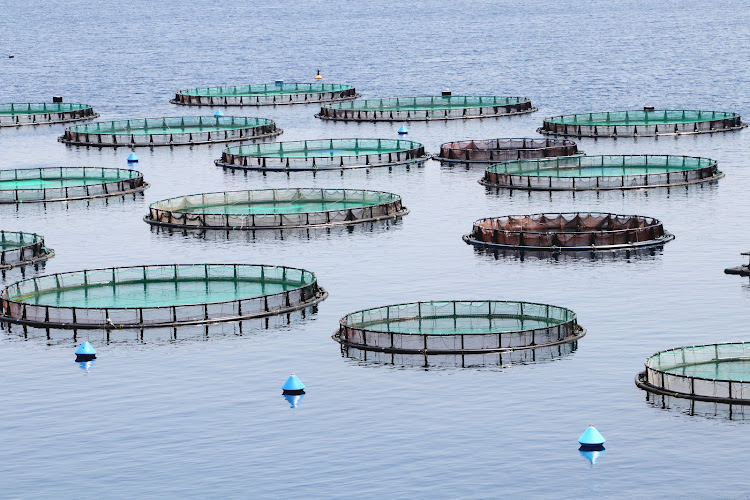 Off the western coast of Panama, near a town called Puerto Armuelles where Chiquita Banana once had a major presence, Forever Oceans is preparing to harvest almost 1.3-million kilograms of yellowtail to sell in fillets or for sushi.

While the eight-year-old start-up’s product is seafood, its executives spend a lot of time talking about the innovation that goes into the floating cages where its fish spend their lives. The company will succeed, they say, because it has improved the core technologies, from specialised enclosures to sensors and robotics, needed to raise large amounts of seafood farther out in the ocean than traditional fish farms.

Investors’ hunger is increasing for start-ups with big plans for food. Venture capitalists ploughed more than $39bn into food-related tech companies in 2021, double the amount they put into the sector the year before, according to Pitchbook Data, a research company.

More than half that funding went to digital grocers and online marketplaces, natural targets for investors accustomed to assessing software companies that build consumer products. But there is also growing interest in sustainable food production. Fish farming, which grew 527% from 1990 to 2018, according to the UN, is poised to become an even larger part of the supply chain.

The UN said in a 2020 report that about 34% of fish stocks were overfished. According to the World Bank, the figure is much higher, at 90%. To venture investors, this looks like a strategy for innovative businesses that can be both lucrative and environmentally useful.

“Two-thirds of the world is covered by the ocean,” says Bruce Leak, co-founder and general partner at the venture capital firm Playground Global, who has not invested in Forever Oceans but sees deep-ocean aquaculture as a potentially valuable area. “That’s where mother nature raises the fish we eat, which we can no longer sustainably catch.”

But there are serious questions whether fish farming is itself sustainable. Aquaculture operations can dump waste and pesticides into ecologically important waters. And they run the risk of infecting local populations with sea lice or viruses and damaging local ecosystems if farmed fish escape.

Aquaculture operations taking place entirely on land reduce some of these concerns, being more insulated from natural ecosystems. Forever Oceans says its plan to locate facilities in deeper water farther from shore is also a more sustainable alternative to siting the farms in coastal waters.

Forever Oceans has only produced about 110,000 fish so far and already seems to be tempering expectations for its inaugural harvest. In an interview in April, CEO Bill Bien said the company would have a fall harvest this year of at least 1-million fish. A company spokesperson later walked that back to 450,000, saying Bien may have included next year’s harvest estimates in his projection.

Fish farmers such as Forever Oceans raise hatchlings in big tanks on land, then transport them to open-water farms to mature, in Forever Oceans’ case, when the fish reach about 2.5kg. The company uses cylindrical enclosures about 50m in diameter, made of mesh so that ocean water can flow through without the fish escaping. A cable attached to the cage anchors it to the ocean floor; barges at the surface pump food through pipes to the fish.

Forever Oceans’ enclosures cost about $300,000, though the company says it has improved its technology and shifted to less expensive materials to cut costs by more than half from earlier versions. 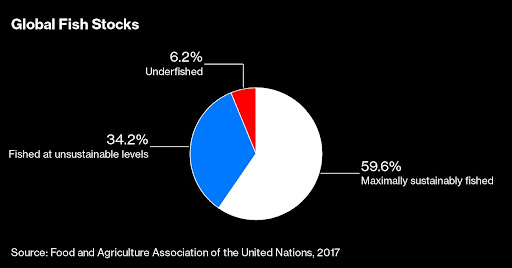 Competitors are sceptical of Forever Oceans’ claims that its technology gives it a significant edge. “There’s nothing revolutionary about what they’re building,” says Dick Jones, CEO of Blue Ocean Mariculture, another upstart fish-farming operation backed by Christy Walton of the Walmart clan.

The technology Forever Oceans has developed allows it to operate much farther offshore than most other farms, says Bien, who took over as CEO last fall after running the agricultural lighting division at Signify. But being far away from land poses its own set of challenges. It is more time-consuming and expensive to check on problems when they inevitably arise. Forever Oceans had a cage slip away from its mooring at its testing site off Hawaii, Bien says. The company was able to rescue the fish from the cage, and froze them to use as product samples.

The company says it has had fish escape, which poses financial and environmental risks. But the company says it loses fewer fish than industry averages, monitoring its enclosures with cameras constantly, and only raising species that are endemic to the waters it operates in.

Bien acknowledges the dangers. “We’re operating far off the shore, from the coast,” he says. “And so by definition, that is difficult. It’s not for the faint of heart.”

Six goldfish, each receiving about 10 driving lessons, took part in the study
Life
5 months ago

Fears of overfishing, heavy-metal consumption and microplastics are priming the switch to go fishless
Life
10 months ago

What animals can teach humans about living with stress

1.
China fails to hold up its end of the bargain, ...
Businessweek
2.
Chickens are flying to top of the food chain
Businessweek

Eight things to know about the new Volkswagen Taigo

Wanted Online: Review | Bao Down remains at the top of its game

1.
China fails to hold up its end of the bargain, ...
Businessweek
2.
Chickens are flying to top of the food chain
Businessweek

Eight things to know about the new Volkswagen Taigo

Wanted Online: Review | Bao Down remains at the top of its game