Execs rediscover the value of business travel, but will it last?

Although online booking service Hotel Planner predicts it will take an additional two years for business travel to fully recover, many executives are making up for lost time 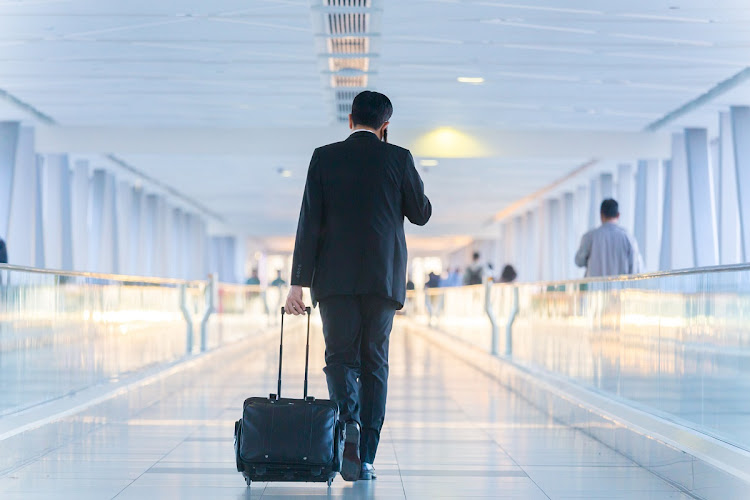 Since January, Jen Coleman has kicked her videoconferencing habit, flying from her home in London, first to Miami and later to Melbourne, to see clients in person — and win a renewed contract for her company.

Coleman’s experience is just one small piece of evidence pointing to a rebound in business travel. Airlines’ early fears that videoconference applications such as Zoom, Teams and Skype might keep lucrative business travellers home permanently are subsiding as governments ease border restrictions and executives rediscover the commercial value of human contact. Data from four top companies that manage corporate travel show that two years after Covid-19 pushed aviation to the brink, premium-class cabins are filling up again.

That will be key to reviving the airlines. Corporate clients typically deliver bigger returns than those packed in coach, spending more than $1-trillion on travel in 2019, according to the World Travel & Tourism Council. Amex GBT’s business has rebounded to 61% of its pre-pandemic level from just 25% at the peak of the Omicron outbreak. CWT, a business-travel company that provides services to one-third of S&P 500 members, says bookings today exceed half of normal levels, up from as little as 20% at the start of 2022.

The technology, retail, government and defence sectors are leading the recovery, CWT says, and banks are catching up. FCM Travel, which has a presence in almost 100 countries, says business is at 80% of the 2019 pace and in some places has edged ahead of pre-pandemic levels. “It’s coming back much stronger than anyone anticipated,” says Bertrand Saillet, MD of the company’s Asian operations.

While it remains to be seen whether the recovery can be sustained — executives may ultimately take fewer business trips than previously once the initial euphoria of a return to travel wears off — the pace of the rebound is shoring up confidence at airlines as they deploy fleets and map out their post-pandemic networks. The Bloomberg World Airlines Index has climbed about 50% from a May 2020 low. Delta Air Lines says domestic business bookings have reached 70% of 2019’s level, and almost all its corporate clients expect to travel more in the current quarter. United Airlines says business travel across the Atlantic already exceeds what it saw in 2019.

“I think this quarter we’ll be able to put to bed the whole question: ‘Is business travel coming back?’” United CEO Scott Kirby told Bloomberg Television. “That business travel is recovering so rapidly makes us feel really, really confident.”

The picture isn’t uniform. The rebound is anaemic in China, which is still locking down entire cities in a bid to stamp out Covid-19, and Hong Kong, where foreign visitors must quarantine on arrival. And many of those filling the most expensive seats are leisure travellers who’ve made their way to the front of the plane with loyalty points in pursuit of additional distance from fellow passengers — or perhaps just a bit of pampering after being grounded by pandemic restrictions; it’s unclear whether this will continue once they settle into normal travel routines. “People are prepared to trade up now for space,” Etihad Airways CEO Tony Douglas said on Bloomberg TV, noting that 90% of his business-class seats are filled with leisure travellers. “It’s revenge tourism.”

Some in the business say there’s bound to be a degree of retrenchment after two years of relative success with virtual get-togethers. At the very least, executives will become more selective, ditching marginal trips that let them briefly see colleagues with no immediate, quantifiable payoff, says Keith Tan, CEO of the Singapore Tourism Board: “People do enjoy not having to travel hours and hours and go through jet lag for meetings we now know we can do effectively over Zoom.”

Although online booking service Hotel Planner predicts it will take an additional two years for business travel to fully recover, many executives are making up for lost time. A majority of companies responding to an April survey by the Global Business Travel Association say they’re putting executives back on planes as staff return to the office, and trips are being cancelled less frequently.

AustralianSuper, the country’s largest pension fund, is dispatching managers worldwide to oversee investments and meet staff. In March, CEO Paul Schroder flew to London, his first foreign jaunt since the pandemic. And in July, the fund’s investment committee will head to the UK on its first post-Covid overseas trip.

“We have no alternative but to invest properly in bringing people together,” Schroder says. “There is something special about meeting face-to-face.”

With Keira Wright and Kyunghee Park

The airline is buying 12 A350-1000s that can fly non-stop from Australia to any city in the world with commercial services launching from Sydney in ...
Business
1 week ago

1.
Loop Mission saving the world, one mango at a time
Businessweek
2.
Author Min Jin Lee uses her platform to call out ...
Businessweek

1.
Loop Mission saving the world, one mango at a time
Businessweek
2.
Author Min Jin Lee uses her platform to call out ...
Businessweek