Should Roe v. Wade be overturned, demand for safe, effective abortion pills will surge — but the US anti-abortion movement uses national and state laws to limit access 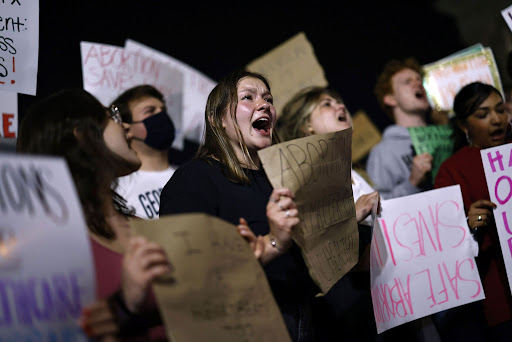 Mifepristone now accounts for 54% of all pregnancy terminations in the US, despite efforts by many states to restrict access. Picture: BLOOMBERG

For decades the fight to end abortion in the US has been waged over Roe v. Wade. With the Supreme Court poised to overturn the landmark decision that legalised a woman’s right to choose, the fight to stop abortion is going to become a fight about a pill.

Mifepristone, originally known as RU486, was approved in the US in 2000 after being on the market overseas for more than a decade. When used in combination with another drug, misoprostol, it’s more than 95% effective in terminating a pregnancy within the first 10 weeks. Data overwhelmingly show it’s safe. Yet, as I wrote in a Bloomberg Businessweek cover story earlier this year, it’s regulated like almost no other drug in the US. The federal government has one set of restrictions on how the pill is used, and state governments have additional, often more onerous rules.

It’s been a cat-and-mouse game for years now. Those opposed to abortion have tried to use laws and regulations to prevent the pill from becoming the answer for women who can’t get access to a clinic. Some two-thirds of US states stipulate that the pill must be prescribed by doctors, a requirement that is more stringent than the US Food and Drug Administration’s (FDA's) rules, which also allow certified nurse practitioners to do so. In December 2021, a new law went into effect in Texas that introduced penalties of jail time and a fine of as much as $10,000 for anyone who prescribes the abortion pill via telehealth. Texas is also one of seven states that have attempted to keep the drug from being mailed directly to women; three succeeded, but four such bans were blocked by courts.

Abortion pills are a huge threat to the anti-abortion movement.

Greer Donley, an assistant law professor at the University of Pittsburgh School of Law

Despite these efforts — and mifepristone’s being perhaps the least marketed pharmaceutical product in the US — what’s known as “medication abortion” has been steadily gaining ground. According to the Guttmacher Institute, a reproductive health research organisation, the pill now accounts for 54% of all abortions in the country, up from 39% in 2017 and 24% in 2011.

To get around some of the restrictions states have imposed, services have cropped up that mail abortion pills to a woman’s home or a location of her choosing. The website Aid Access offers an online consultation for anyone dealing with an unwanted pregnancy, after which the pills are sent from an overseas manufacturer.

Rebecca Gomperts, the Dutch physician who launched Aid Access in 2018, says her organisation’s help desk was “really flooded” after the leak of a Supreme Court draft opinion showing the majority of justices were on track to overturn Roe v. Wade. “People are really, really anxious and scared,” she says.

There have been attempts to crack down on Aid Access already. During the Trump administration, the organisation received a warning letter from the FDA saying it was causing the “introduction into interstate commerce of misbranded and unapproved new drugs” in violation of several codes of the Federal Food, Drug, and Cosmetic Act (FD&C Act), which it disregarded. Gomperts says hasn’t heard from the agency since Biden took office.

Even so, services like hers that distribute abortion pills can’t single-handedly compensate for a world without abortion access. There are women who need to terminate their pregnancy later than 10 weeks, those who discover they’re pregnant too late, and those who discover a problem in a pregnancy that requires a termination later than that. For a small percentage of patients, the abortion pill simply doesn’t work, requiring a follow-up with a surgical abortion.

“Abortion pills are not a solution to this problem of a complete dismantling of people’s basic human rights,” says Daniel Grossman, director of Advancing New Standards in Reproductive Health (ANSIRH) at the University of California (UC) at San Francisco. “It is perhaps a mitigation strategy for the harm this may cause, but it’s not a solution.”

In fact, overturning Roe may have a chilling effect on even the most robust efforts to expand access to abortion by use of the pill. “We’ve seen prosecutors go after people who are miscarrying or who have self-managed an abortion using, for instance, statutes prohibiting the practice of medicine without a license or child abuse statutes,” says Julia Kaye, an attorney for the American Civil Liberties Union (ACLU) who has been spearheading litigation against the FDA pushing for the removal of restrictions on the abortion pill. In December 2021, the FDA decided to allow the pill to be sent by mail in response to the ACLU’s lawsuit. But the agency added other requirements, such as requiring pharmacies that ship the pill to apply for special certification, making it only a partial win.

Groups seeking to preserve women’s access to medicinal abortion have been exploring legal pathways to do away with state bans and other restrictions on the pill. One potential avenue would be to challenge state laws by arguing that federal law pre-empts them, because the state regulations conflict with those issued by the FDA. There is one case that could be considered a precedent for this. When the Massachusetts governor tried to ban the powerful, long-acting opioid Zohydro in 2013, the drugmaker sued. A US district court ruled in April 2014 that the state couldn’t overstep the FDA’s authority in regulating a drug.

GenBioPro, which makes the generic version of the abortion pill, invoked the same argument in its lawsuit against Mississippi’s health department. The drug company sued in October 2020, arguing that the state’s additional requirements on the pill “improperly displaced the FDA’s judgment” and “upset the balance that the FDA struck between risk mitigation and ensuring access to a safe and effective medication.” That case has slowly been working its way through the courts.

If the experience in Texas is any guide, demand for the abortion pill will surge if Roe v. Wade is overturned. Since the state enacted a law last year that placed a number of new restrictions on abortion, including banning it as early as six weeks, “requests for medication abortion have skyrocketed,” says Elizabeth Nash, state policy analyst at Guttmacher.

Research by Abigail Aiken, an associate professor at the University of Texas (UT) at Austin’s Lyndon B Johnson (LBJ) School of Public Affairs, published in JAMA Network, showed that in the last three months of 2021, after the Texas law passed, there were an average of 29.5 requests per day to Aid Access for abortion pills, 174% more than before the law took effect. States that didn’t have such laws didn’t see such increases.

“We might be seeing it on a much larger scale,” Nash says.

LETTER: Making abortion illegal will not stop it, but will just make it more unsafe