The metaverse is mostly confined to gaming now, but Microsoft’s $69bn offer for Activision Blizzard shows Big Tech reckons it could be on the scale of the creation of the internet or the shift to smartphones 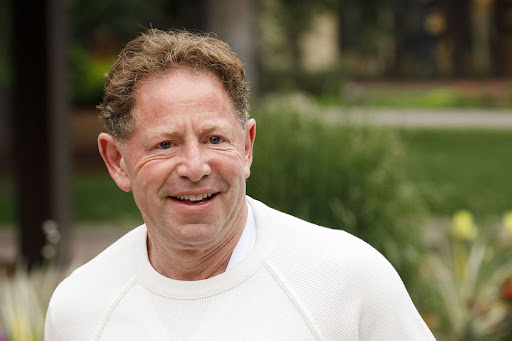 There are many reasons why Microsoft would have wanted to purchase Activision Blizzard, which publishes a range of famous video game franchises, from Call of Duty to Candy Crush Saga. The $68.7bn deal, which was announced on January 18 and requires regulatory approval, would make Microsoft the third-largest gaming company. But in Microsoft’s own explanation of the largest acquisition in its 46-year history, the word “metaverse” did a lot of the heavy lifting.

The metaverse refers to a new generation of computing where, instead of switching between discrete apps, people enter a collection of immersive digital worlds, which they explore in the form of cartoon avatars. In the most ambitious version of this vision, people will be able to do whatever they do in the physical world with a sense of presence that hasn’t been available in online experiences, thanks to three-dimensional designs they can experience through augmented- or virtual-reality headsets.

Last year, Facebook, which had already poured billions of dollars into virtual reality, changed its name to Meta Platforms to signal its seriousness about the metaverse. People mocked the move as primarily an attempt by the company to shift the public conversation away from the many scandals associated with its existing social networks. But the tech industry was ready to take the metaverse seriously. Following the announcement, a wide array of companies and developers joined a startlingly rapid rush to explain how their own work was intended to help construct the foundations of the metaverse, too.

The world everyone is hyping doesn’t yet exist. But many of those trying to articulate what it’ll be like point to gaming, which already introduces users to new digital worlds and therefore, they say, metaverse concepts. “As the digital and physical worlds come together, [gaming] will play a critical role in the development of metaverse platforms,” Microsoft CEO Satya Nadella explains.

Even before the deal, Nadella had begun to describe Microsoft games as metaverses in their own right. “If you take Halo as a game, it is a metaverse,” he said in October on Bloomberg Television. “Minecraft is a metaverse, and so is Flight Sim. In some sense, they are 2D today, but the question is: can you now take that to a full 3D world? And so we absolutely plan to do so.”

Activision Blizzard CEO Bobby Kotick uses similar vocabulary to frame the logic of the Microsoft deal. “Every company that has significant resources has aspirations for gaming in the metaverse, and so the competition has never been greater,” he says. “And that’s one of the real motivations that we had for this partnership.”

The deal isn’t just about inventing the future, of course. Activision Blizzard has been in crisis since allegations of sexual misconduct and discrimination, making it easier for Microsoft to negotiate a takeover and harder for Activision to find anyone willing to pay more. Kotick says the controversies have nothing to do with the deal. A person familiar with the negotiations says Kotick will continue to serve as CEO only until the deal closes.

For Microsoft, buying Activision allows it to advance its ambitions to build subscription gaming services with Game Pass, help Xbox in its competition against PlayStation, and move deeper into mobile gaming. The deal also builds on other significant gaming acquisitions during Nadella’s tenure. His first acquisition as CEO was a $2.5bn deal in 2014 for Mojang, the maker of the virtual-world-building game Minecraft. In 2020 Microsoft spent $7.5bn on ZeniMax Media, the parent company of Bethesda Softworks, which publishes games such as The Elder Scrolls and Doom.

But “metaverse” has become a catch-all for the tech industry’s next era, and describing the Activision deal in such terms allows Microsoft to convey the scope of its ambitions. The metaverse may be mostly gaming now, but if it replicates our current reality, the logic goes, the market opportunity could be on the scale of the creation of the internet, or the shift to smartphones. Microsoft’s actions today are the precursors to a world where we’ll all be invited to attend football games and weddings in a virtual world, and where we’ll be able to send our cartoon avatars to business meetings instead of commuting to an office. (Whether any significant number of people will accept such social invitations or choose to structure their professional lives in that way is an open question.)

Microsoft may be in a better position than its metaverse-building peers at the top of the tech world, given its deep portfolio in gaming, combined with its own augmented- and virtual-reality projects. That includes HoloLens, a headset with holographic displays intended to help workers in manufacturing, health care, and construction.

It may also have more freedom to make land grabs like this, at least for now. Unlike the technology industry’s other cash-rich giants, Microsoft has so far avoided the latest wave of antitrust scrutiny. Leaders of Apple, Google, Amazon, and Facebook have all testified in Congress on anticompetitive behaviour and continue to face the prospect of government lawsuits or new rules. Their ability to get deals of this size through regulatory review is questionable at best.

By attempting to buy Activision Blizzard, Microsoft is testing how much more leeway it has than its main competitors. “If the government does not challenge the Activision deal, it reveals a competitive disadvantage for Meta relative to Microsoft,” analysts at New Street Research said in a note.

The concept of an immersive world, replicating reality, has been around for decades without generating much enthusiasm among consumers. That includes gamers, says Xbox creator Seamus Blackley. “The potential Activision acquisition is the acquisition of something with known revenue and profit,” he says. “The metaverse angle is odd because the metaverse has been a failed business historically and has shown no revenue and no profit.”

Nor is it clear that Microsoft and Meta even mean the same thing when they talk about the metaverse. Meta CEO Mark Zuckerberg describes a single digital environment, where people can meet friends to play board games, take an exercise class, or participate in other activities. Users would probably wear Meta’s Oculus headsets, and the company’s code would provide a significant amount of the underlying infrastructure, but many of the experiences inside this world would be made not by Meta but by other companies and developers.

Microsoft, by contrast, describes a series of separate worlds, where one might move back and forth between its metaverse and, say, Meta’s. Besides converting existing game worlds into three dimensions, the company wants to bring its flagship office products along. Nadella imagines workers working with Microsoft Office products in VR. In the first half of 2022, the company plans to begin offering a metaverse version of its Teams chat, where people’s avatars will be able to give one another PowerPoint presentations in the virtual world.

Getting to Microsoft’s future requires building at least one metaverse. While Nadella points to games as proof we’ve already reached that stage, other metaverse-builders are not sure that counts. Having some expensive new video game properties may not get Microsoft closer to the metaverse, because the concept needs to expand beyond gaming “to really make it real”, Vivek Sharma, a vice-president at Facebook gaming, wrote on Twitter the day the Activision deal was announced. Still, he said, “What a time to be alive!”