Shrouded in secrecy, the complicated process to elect the president is often compared to the papal conclave which elects the head of the Roman Catholic Church 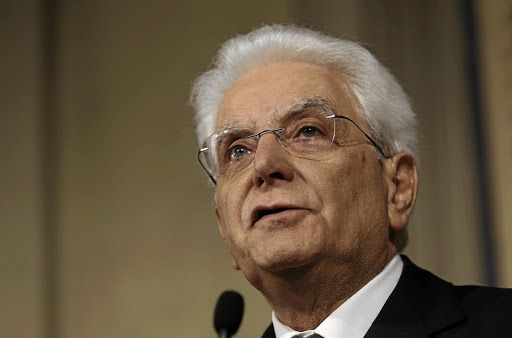 When Italian President Sergio Mattarella met with his diplomatic staff on Thursday, he told them he was saying goodbye. Mattarella has been signalling for months that he doesn’t want to stick around when his term finishes and his comments will fuel speculation about who lawmakers will chose to replace him in a secret ballot next month. Many bets are on Prime Minister Mario Draghi. But shifting the former central bank chief could upset Italy’s efforts to reduce debt and end years of economic stagnation, triggering renewed political turmoil.

What does the Italian president do?

The president has limited powers so the role is ceremonial most of the time. Yet, no-one gets to be premier without the president’s approval — they nominate heads of government and their chosen ministers. The president also dissolves parliament, or decides not to, which means they can act as a force of stability in crises. Finally, they can reject laws and decrees if they deem they are not in line with the constitution. Italy has had 12 heads of state so far, including Mattarella, none of them a woman.

Why would it be a problem if Draghi were to get the job?

Draghi is the man in charge of Italy’s economic makeover and both markets and other EU governments are fairly confident he’ll ensure that about €200bn ($230bn) of recovery funds coming Italy’s way is used wisely. So, his early departure could make investors nervous about the country’s long-term investments, which are supposed to bring economic growth. There’s also fear that without him at the helm of a unity government, infighting among Italian politicians will halt reforms. A crisis of confidence among investors could put a strain on debt servicing costs.

On the other hand, installing Draghi for the seven-year presidential term could cement a longer-lasting anchor of stability at the heart of Italy’s fractious system.

Why is his name touted so widely?

Basically, no-one matches his status and career. At 74, Draghi has served as European Central Bank chief and governor of the Bank of Italy. He’s widely respected at home, and abroad. But there are also political calculations at play. The right-wing League, for example, has backed a presidential role for Draghi, wagering that would lead to fresh elections the party and its allies could win.

Isn’t there anyone else?

Justice minister Marta Cartabia is seen as a possible contender. Her standing, though, is nowhere near Draghi’s and wouldn’t have the full support of the Five Star Movement, which is the biggest party in parliament and opposed her justice reform plans. Others include Pier Ferdinando Casini, former head of the Lower House, and former Prime Minister Romano Prodi. The centre-right has been championing 85-year-old Silvio Berlusconi, another former prime minister, who leads Forza Italia. But the media tycoon is a controversial figure and there are questions about his health.

How does the vote work?

The complicated process is sometimes compared to the papal conclave which elects the head of the Roman Catholic Church. Both processes are shrouded in secrecy. Presidents are elected by lawmakers of both houses along with regional representatives at the Palazzo Montecitorio in Rome, seat of the Chamber of Deputies, with voters writing their candidate’s name on a ballot in one of two booths under the speaker’s stage. And both elections can last several days, with the longest for a president taking place in 1972 when Giovanni Leone reached a 51% majority after 23 ballots. The presidential election requires a two-thirds majority in the first round, followed by an absolute majority if consensus is hard to reach. Mattarella’s term ends February 3 and date of the ballot will be announced on January 4.

Could Mattarella still change his mind?

A new term for Mattarella, who appointed four different governments during his time in office, would be the easiest solution. Lawmakers would keep their posts until 2023, when a new general election is due, parties would avoid a political clash over his successor, and Draghi would have at least another year to push ahead with his reform plan.

But the 80-year-old president has repeatedly quashed speculation he could stay on, and is reported to have signed a contract to rent an apartment starting January. Due to the length of the presidential mandate, a re-election is a rarity. In fact, it only happened once, when Giorgio Napolitano, Mattarella’s predecessor, remained in office for a partial term because parliament couldn’t agree on his replacement.

Two former governors of the Bank of Italy have gone on to become president. Draghi is keeping quiet about whether he aspires to be the third. If he does get selected, Draghi would be making history: no-one has ever gone straight from the prime minister’s office to the president’s Quirinal palace.

Proof of vaccination, recovery or a negative test will be required for buses, metro, local trains and hotels
News
6 months ago
Next Article