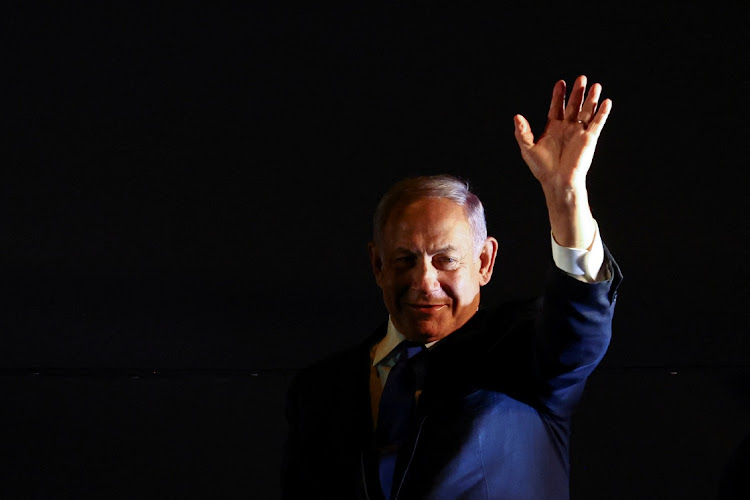 Jerusalem  — Two members of Israel’s outgoing coalition government vowed on Tuesday to prevent a comeback by former premier Benjamin Netanyahu, their fellow right-winger, as the country braced for a fifth election in three years with polls predicting no clear winner.

Sapped by infighting that ended his razor-thin parliamentary majority, Prime Minister Naftali Bennett on Monday announced he would move to dissolve the Knesset, with foreign minister Yair Lapid assuming top office in a caretaker capacity.

A preliminary vote on that motion is set for Wednesday.

The prospect of an election as early as October delighted Netanyahu, Israel’s longest-serving leader, who was toppled a year ago after Bennett mustered a rare coalition of far-right, liberal and Arab politicians.

“Something great happened here,” Netanyahu declared on Monday, saying that his conservative Likud party will lead the next government.

Surveys have consistently given Likud about 30 of parliament’s 120 seats — which would make it the biggest party but would require Netanyahu to sign up like-minded allies, including among partners in Bennett’s coalition.

Two of those — finance minister Avigdor Lieberman and justice minister Gideon Saar — ruled out joining forces with Netanyahu, who is on trial for corruption, which he denies.

“I won’t be bringing Bibi [Netanyahu] back. All of the party members are with me. No-one will succumb to inducements [to defect to Likud],” Saar told Army Radio.

Lieberman said at a conference that coalition legislators may link the motion to dissolve the Knesset to a bill that would prevent anyone under criminal indictment from heading a government. But a Knesset spokesperson said such linkage was not technically possible in the voting scheduled for Wednesday.

In his last two years in office, Netanyahu’s legal woes denied him the solid right-wing coalition he sought through four elections.

A poll aired by Tel Aviv radio station 103 FM on Tuesday found that Netanyahu and likely rightist or ultra-Orthodox Jewish allies could command 59 parliament seats in the next vote, versus 55 predicted for parties in the current coalition. An Arab party not expected to back either bloc got six seats.

The eventual political map could change, however, if smaller parties disappear or join forces — or if Netanyahu or Lapid, whose centrist Yesh Atid party is polling in second place, manage to reach across to less likely partners.

The election announcement had no immediate effect on financial markets, which are used to the political uncertainty. The main indices on the Tel Aviv Stock Exchange were slightly up and the shekel was stronger against the dollar.