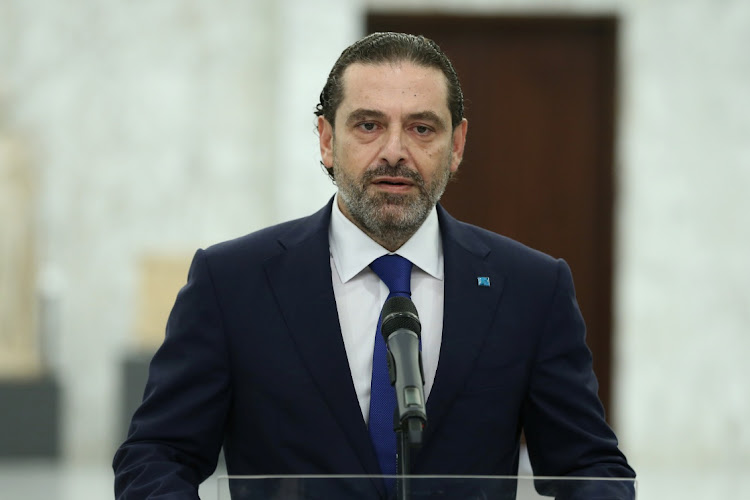 “I presented my apology for not being able to form a government and God help the country,” Hariri, who had sought to form a cabinet of experts, told reporters from the presidential palace. He said President Michel Aoun had told him that the two would not agree, even given more time to consult.

The pound, which has lost more than 90% of its value since the start of Lebanon’s financial crisis in late 2019, crossed the threshold of 20,000/$ after Hariri’s announcement dashed any remaining hopes that the country would soon have a functioning government that could work to stabilise the economy.

Aoun will now have to name a new candidate as prime minister after consulting with parliament. That person will be the third to try to form a government since outgoing Premier Hassan Diab resigned following a huge explosion at Beirut’s port in August killed at least 200 people and destroyed swathes of the capital.

Supporters of Hariri, a Sunni Muslim, blocked some streets in Beirut to protest what they said was an effort to sideline their leadership and to complain about a currency crisis that’s sparked triple-digit inflation and pushed more than half the population of Lebanon, a middle-income country, into poverty.

The international community, primarily former colonial power France, has been pushing politicians to form a new government quickly and implement reforms that would unlock more than $11bn donor funds and help resume stalled talks with the International Monetary Fund (IMF).

The government, which defaulted on $30bn in international debt over a year ago, has struggled to implement reforms given its limited authority and lack of backing from influential political leaders.

Speaking shortly after the news, IMF spokesperson Gerry Rice said the fund looked forward to the “formation of a new government with a mandate for reforms and to address deepening crisis, as the country must enact policies to restore macroeconomic stability, pave the way for investment, jobs and growth”.

Paris has threatened politicians with sanctions if delays persist. The US has already imposed penalties on a number of senior political players in Lebanon on allegations linked both to terrorism and to corruption, but they’ve had little impact domestically.

Hariri, who was appointed to form a new government in October, had insisted on a slate of non-partisan technocrats to manage the financial crisis that’s depleted foreign currency reserves and saw the economy shrink by at least a fifth in 2020.

Aoun, a Maronite Christian ally of the Iran-backed Hezbollah group, has said his position as president allows him to name Christian ministers close to him and has sought veto power in the new government. Hariri is an opponent of Hezbollah.

Riad Salameh, who has led the monetary authority for 28 years, also faces a probe by Swiss prosecutors
World
1 month ago

As nuclear talks revive, a study shows the Gulf country is a lot more secular than is commonly believed
Opinion
3 months ago

HSBC and Wells Fargo are among lenders that have closed accounts with Lebanon’s central bank, sources say
World
3 months ago
Next Article