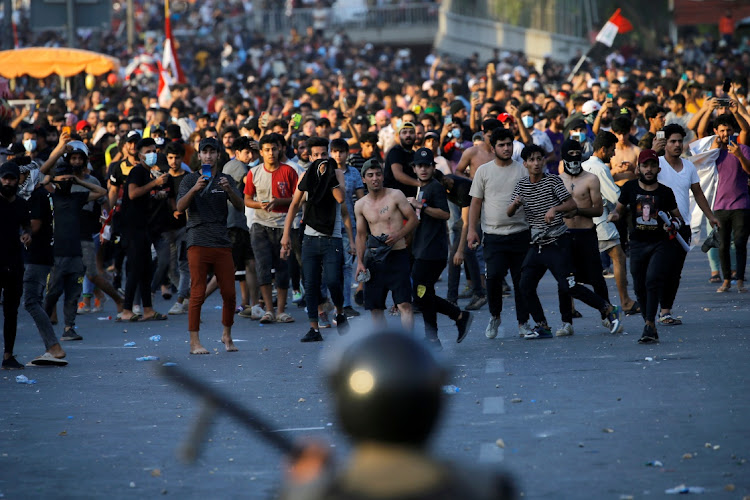 Baghdad — One person died and several were injured on Tuesday when Iraqi security forces fired live rounds in the air to disperse anti-government protests in central Baghdad, according to security and medical sources.

The sources said 14 protesters and seven members of the security forces were hurt in the clashes.

Hundreds demonstrated in Tahrir Square, shouting slogans against the army  and accusing Prime Minister Mustafa al-Kadhimi's government of failing to answer for the deaths of dozens of activists shot dead in different parts of Iraq in recent months.

Tuesday’s protests were sparked by the killing on May 9 of activist Ehab Jawad al-Wazni, reports said. 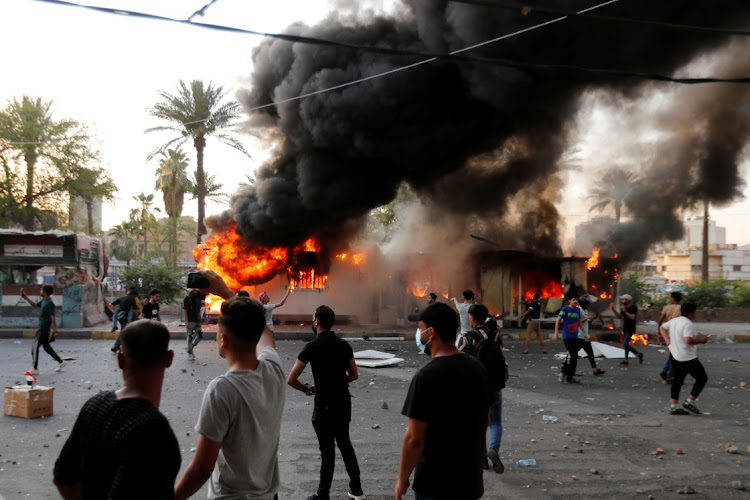 Demonstrators gather near a burning building in Baghdad, Iraq, May 25 2021. Picture: REUTERS/THAIER AL-SUDANI

One protester, who gave only his first name Yousif, carried a photograph of an activist he said had been killed recently.

He blamed unnamed militias, who are supported by neighbouring Iran, for the death. The militias, who enjoy considerable influence over Iraq's security affairs, have in the past denied any involvement in activists' deaths.

When nationwide protests erupted in 2019, hundreds of mostly unarmed demonstrators were killed and prime minister Adel Abdul Mahdi was forced to resign. He was replaced by Kadhimi, who pledged to investigate activists' deaths but also imprisoned hundreds of demonstrators.

Iraqi High Commission for Human Rights says nearly 600 demonstrators have been killed and 35 activists have died in 82 “targeted killings” since 2019.

The government has vowed to crack down on what it says are criminal armed groups trying to destabilise the country, and to impose state control over weapons as part of efforts to reduce the influence of militias.

Iraqi oil wells bombed by militants with one person killed

As nuclear talks revive, a study shows the Gulf country is a lot more secular than is commonly believed
Opinion
1 month ago
Next Article