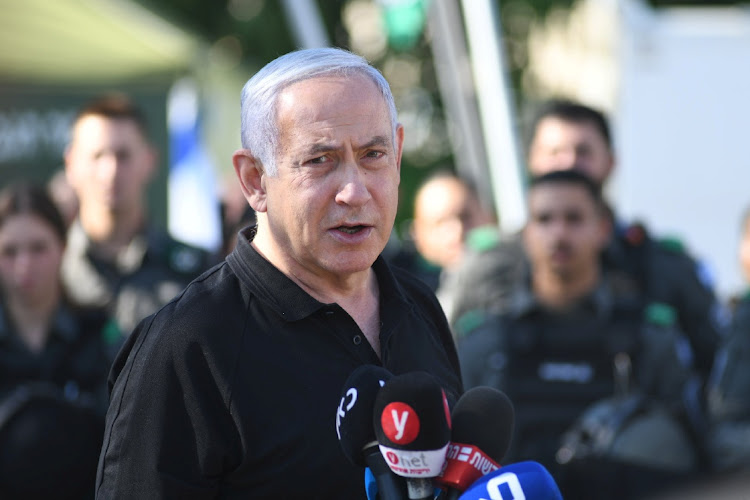 World powers  called for an end to violence in Israel and the Gaza Strip, as pressure grows on President Joe Biden to take a clearer stand after more than a week of deadly fighting.

That may not be enough, though, as Prime Minister Benjamin Netanyahu signalled on Sunday that the fighting will continue as Israel continues to pummel Gaza in response to rocket fire from Hamas and other militant groups.

The violence has raised the political heat on Biden, with calls from within his Democratic Party to condemn Israel running up against long-standing US support. Biden also risks blowback at home if he shows any daylight between him and Netanyahu from Republicans, who are already pinning the Gaza unrest on Biden.

“We’ll do whatever it takes to restore order and quiet and the security of our people and deterrence,” Netanyahu told CBS News in an interview on Sunday. “We’re trying to degrade Hamas’s terrorist abilities and to degrade their will to do this again. So it’ll take some time. I hope it won’t take long, but it’s not immediate.”

The UN effort to push for a ceasefire comes as the US works with Egypt and Qatar to broker an end to the latest bout of violence. Secretary of state Antony Blinken, currently on a trip to Europe, spoke on Sunday with his Saudi, Qatari and Egyptian counterparts about ways to de-escalate tensions.

Biden has ramped up efforts to calm the spiralling violence between Israel and Palestinian militants, including urging the protection of civilians in calls on Saturday with Netanyahu and with Palestinian Authority leader Mahmoud Abbas.

But he’s also reaffirmed Israel’s right to defend itself, giving Netanyahu room to manoeuvre for now. Similar sentiment came on Saturday from US defence secretary Lloyd Austin in a call with his Israeli counterpart.

Hebrew and Arab media outlets have reported that Israel has rejected Egyptian attempts to broker a ceasefire for now.

Before the fighting that started last week, Israel and Hamas fought three brutal, inconclusive wars. This round is also likely to end without a clear victor, but Israel is trying to damage Hamas as much as possible before it agrees to end the fighting, diplomats and experts say.

Hamas, for its part, wants to show it can wreak damage while reclaiming the mantle of the Palestinian movement best able to stand up to Israel.

“There is full support behind the government even though we are all paying a price,” said former Israeli ambassador to the UN Danny Danon, a Netanyahu ally. “Israel will keeping hitting Hamas hard until it begs for a ceasefire and understands that it made a mistake in starting this fight with us.”

Biden’s support for Israel has attracted rare criticism from his own party, with some Democrats arguing the administration needs to push harder to stop the violence. On Friday, a dozen Jewish Democrats wrote to Biden demanding that the US address Israel’s “deepening occupation” in Jerusalem.

Democrats have been increasingly divided on Israel as some on the party’s left flank tie what they view as unjust Israeli policies towards the Palestinians to calls for racial justice at home.

“If the Biden admin can’t stand up to an ally, who can it stand up to?,” tweeted Representative Alexandria Ocasio-Cortez of New York.

Also speaking on CBS, Representative Adam Schiff of California said he defends Israel’s right to defend itself but that shouldn’t be “interpreted as support for Israeli settlement policy for the eviction of Palestinians from their homes”.

At the rare Sunday meeting of the UN Security Council, held virtually, China’s foreign minister Wang Yi also took a jab at the US, saying that it should join the rest of the Security Council in supporting an effort to bring calm. The council has met behind closed doors twice since the conflict erupted but failed to issue a joint statement due to US opposition.

“We call on the US to support the Security Council in easing the situation,” Wang said. “It is important that Israel exercise restraint,” he said, calling on Palestinians to de-escalate as well.

US ambassador Linda Thomas-Greenfield said it’s time to “end the cycle of violence” but singled out Hamas and other Palestinian groups in Gaza, calling on them to immediately “halt rocket attacks and other provocations”. She urged “all parties to protect medical and other humanitarian facilities, as well as journalists and media organisations”.

What started off this month as hostilities between Israeli security forces and Palestinians in contested East Jerusalem has quickly escalated to an almost full-blown war between Israel and the Hamas-run Gaza Strip, dragging the US back into the centre of efforts to broker a ceasefire.

Gaza militants have fired about 3,100 rockets at Israel since the start of hostilities. The Israeli army has struck about 1,500 targets in the blockaded enclave, going after Hamas’s missile production and launching sites as well as the underground tunnel network for its fighters, Netanyahu said.

Hamas last week signalled it was ready to end this round of fighting. Analysts say the militant group wants to consolidate political gains it’s made over the Palestinian Authority, with whom Hamas has a rivalry over the leadership of the national movement.

By standing up to Israel with incessant rocket barrages against a much stronger enemy, the rulers of Gaza have scored points with the Palestinian public as defenders of their sacred city, said Ghassan Khatib, a former Palestinian cabinet minister who teaches political science at Birzeit University near Ramallah.

Israel drew outrage for targeting non-combatants after it levelled a high-rise building in Gaza on Saturday that housed news outlets such as the Associated Press and Al Jazeera. Netanyahu said Israel warned occupants to evacuate the building, which he said had been used by Hamas’s military wing, before striking it.

The death toll continued to climb on Sunday. More than 190 Palestinians in Gaza, including dozens of women and children, have been killed, and more than 1,000 have been injured. Ten people have died and close to 300 have been hurt in Israel.

This month’s rising tensions between Israel and Gaza Strip militants coincided with communal clashes between Jews and Arabs within Israel at levels not seen in decades. Street battles have spread across the country, with marauders attacking people, synagogues, businesses and vehicles. President Reuven Rivlin described the communal violence as “civil war”.

The predawn attacks were on houses in the centre of Gaza City, officials say
World
6 months ago

Residents in Acre, a mixed Arab and Jewish city, say they are frightened to leave home amid reports of youths attacking each other
World
6 months ago

Israel could be fighting ground battles on its southern, northern and eastern fronts and the death toll would be very high
Opinion
6 months ago
Next Article