The vote was a referendum on Netanyahu’s leadership, which has been tested by the graft charges against him 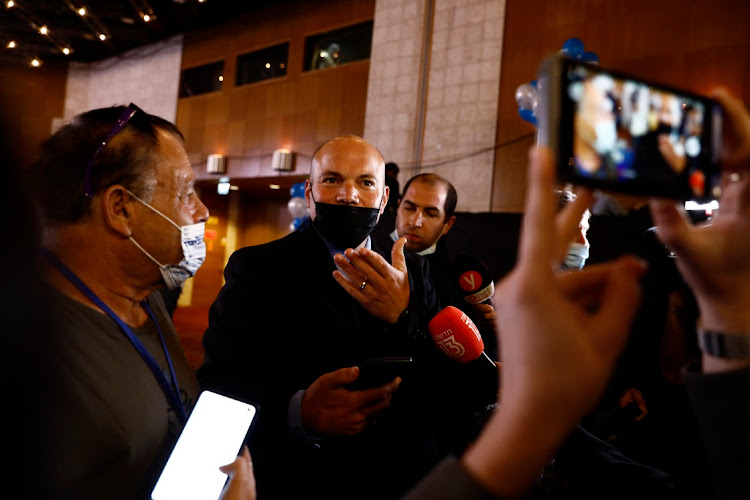 Israel’s fourth election in two years may not resolve the country’s damaging political impasse, with neither Prime Minister Benjamin Netanyahu nor his opponents having a secure path to form a coalition government, exit polls show.

If the polls are accurate, Netanyahu and his opponents will spend the next days and weeks exploring possible alliances in an effort to piece together a government. If those efforts fail, Israel could face a fifth election.

The Israeli leader and his declared allies captured 54 to 55 of parliament’s 120 seats, the exit polls showed. If he can win the support of a former ally, he’d be able to scrape together a parliamentary majority and form a government.

The potential kingmaker — the predominantly religious-nationalist Yamina, which the exit polls show won seven to eight seats — hasn’t declared which side it will back. Its leader, Naftali Bennett, served in previous Netanyahu governments and the two men share similar views on crucial issues, including the conflict with the Palestinians and Iran.

“It still is too close to call,” said Reuven Hazan, a Hebrew University political scientist. “If the numbers stay as is, I expect the president to designate Netanyahu to form a government.”

Tuesday’s vote was a referendum on Netanyahu’s leadership, which has been tested by the graft charges against him and a coronavirus outbreak that’s been curbed but not quelled by the world’s most aggressive vaccination drive.

Opposition parties scored 59 seats together, the exit polls showed. But conflicting agendas could make it tough for them to partner in government.

The tallying of the ballots has barely begun, so these numbers can change significantly. Because Israel’s political system is heavily splintered — a dozen parties appear poised to enter parliament — even a seat or two can tilt the scales.

Final results will be published on Thursday or Friday.

Israel has been engulfed by political turmoil as regional and global turbulence mounts. Tensions with Iran and its proxies have flared repeatedly, and while the Israeli economy has weathered the coronavirus better than many others, risks are piling up.

Joblessness, including furloughs, is towering at 18%. The national budget hasn’t been updated since March 2019. And the government is watching warily as US President Joe Biden works to rejoin the Iran nuclear accord and reset relations with the Palestinians that had foundered during Donald Trump’s era.

For Netanyahu — Israel’s longest-serving leader with a combined 15 years at the helm — there’s more than political survival at stake as his influence-peddling trial unfolds. A sixth term offers his only hope of winning a reprieve by passing legislation granting a sitting leader immunity from prosecution.

Netanyahu, who has sought immunity in the past, said over the weekend that he doesn’t support an ally’s efforts to legally shield him. He says he’s the victim of a witch hunt by opponents of his right-wing agenda who want to hound him out of office with criminal charges because they haven’t managed to oust him at the ballot box.

Gantz fought Netanyahu to a draw in the three previous elections, but lost most of his following after he teamed up in government with the prime minister last year, leaving the opposition without a clear leader to rally around. Exit polls show his Blue and White party, which amassed 35 parliamentary seats at its height, shrinking to seven or eight.

Netanyahu Clings to Premiership in Power-Sharing Deal With Rival

Will it be Prime Minister Benjamin Netanyahu who retains power again?
World
8 months ago
Next Article