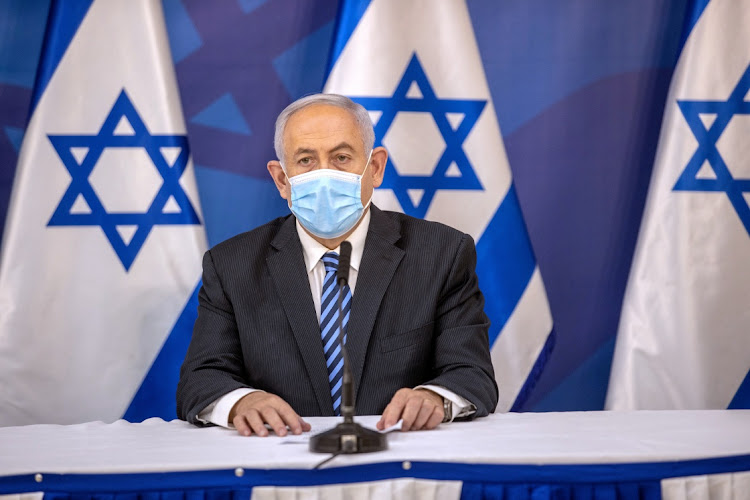 Jerusalem/Amman — Israel launched air raids against what it called a wide range of Syrian and Iranian targets in Syria on Wednesday, sending a signal that it will pursue its policy of striking across the border despite US President Donald Trump’s election defeat.

Israel said it was retaliating for what it called an Iranian-sponsored operation in which Syrians planted explosives near an Israeli military base in the occupied Golan Heights.

Israel has frequently attacked what it says are Iranian-linked targets in Syria in recent years, and stepped up such attacks over the past year in what Western intelligence sources describe as a shadow war to reduce Iran’s influence.

But Wednesday’s attacks struck a far wider range of targets than usual, and the Israeli military was more forthcoming about the details than it has been in the past, suggesting a clear intention to send a public message.

Trump, who lost his re-election bid on November 3, has been a strong backer of Israeli military intervention against Iranian forces in Syria. US president-elect Joe Biden has said he will try to revive a nuclear agreement with Iran that Trump abandoned.

The Syrian state news agency reported that three military personnel were killed and one wounded in “Israeli aggression”.

Lt-Col Jonathan Conricus, an Israeli military spokesperson, said eight targets were hit, belonging to the Syrian army or Iran’s Quds Force, in areas stretching from the Syrian-controlled side of the Golan Heights to the Damascus periphery.

They included an Iranian headquarters at Damascus international airport, a “secret military site” that hosted Iranian military delegations, and the 7th Infantry Division of the Syrian armed forces, he said. Syrian surface-to-air defences were hit after firing at Israeli planes and missiles, Conricus said.

A former Syrian military commander said the attacks also targeted a base of the Iranian-backed Lebanese Shi’ite group Hezbollah in Syria close to the Lebanese border, alongside bases in the southern Damascus area and outposts in the Syria-controlled Golan Heights where Hezbollah has a presence.

Conricus made no mention of Hezbollah targets.

The Syrian Observatory for Human Rights, a war monitor, said at least 10 people were killed including five Iranians from the elite Quds Force, as well as at least two Shi’ite militiamen who may have been Lebanese or Iraqi. A commander in an alliance of regional forces backing Damascus denied there were Iranians or Lebanese among the casualties.

Syrian President Bashar al-Assad’s government has never publicly acknowledged that there are Iranian forces operating on his behalf in Syria’s civil war, saying Tehran only has military advisers on the ground.

Judges say in verdict Salim Jamil Ayyash, who was tried in absentia, was a Hezbollah member but found no evidence its leadership or Syria ordered ...
World
11 months ago

Trump discussed possibility of attacking Iranian nuclear sites, according to a  report
World
8 months ago