Erekat played various roles in the Palestinian movement, serving as a top aide to Yasser Arafat and Mahmoud Abbas, and a legislator and cabinet minister 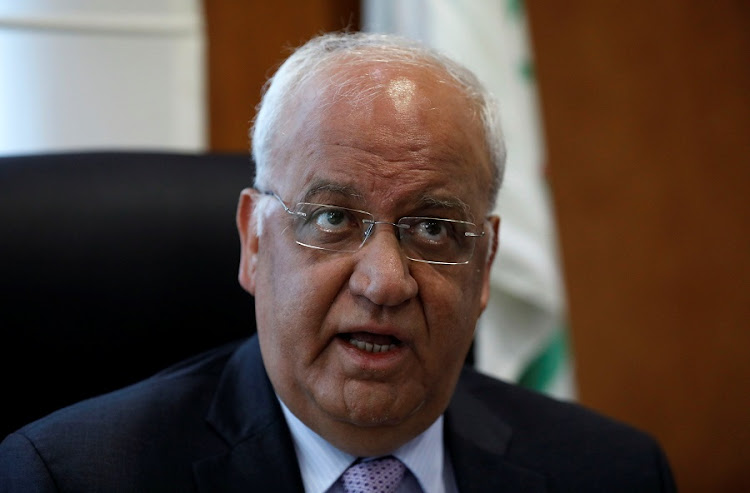 Palestinian negotiator Saeb Erekat, a fixture in on-again, off-again peace talks with Israel over the course of three decades, died on Monday without realising that goal. He was 65 and had been battling Covid-19.

Erekat spent his last weeks in an Israeli hospital in Jerusalem, a city he had laboured long and unsuccessfully to partition to establish the capital of a Palestinian state there. His condition was complicated by a lung transplant in 2017.

One of Erekat’s trademarks was publicly emphasising the weakness of his negotiating position as a representative of Palestinians living under Israeli military occupation.

“I have no army, no navy, no air force and my people are fragmented,” Erekat would tell interviewers. “Since Eve negotiated with Adam, I’m the most disadvantaged negotiator in the history of mankind.”

Erekat played various roles in the Palestinian national movement, also serving as a top aide to Palestinian leaders Yasser Arafat and Mahmoud Abbas, as well as serving as a legislator and cabinet minister. He capped his career by navigating internal power struggles to become secretary-general of the Palestine Liberation Organisation.

“The departure of a brother and friend, the great fighter, Dr Saeb Erekat, represents a great loss for Palestine and our people,” Abbas said, declaring a three-day mourning period and ordering flags lowered to half-staff. Erekat, he said, “played a great role in raising the banner of Palestine high and defending the rights of our people”.

Armed with a doctorate in peace and conflict resolution, Erekat returned to the West Bank convinced that a negotiated treaty was the only way to end the struggle with Israel, according to Ghassan Khatib, a former Palestinian cabinet minister who served with him on negotiating teams. Teaching at An Najah National University in Nablus, he rankled militants by inviting Israeli students to visit his classroom. He also called, in newspaper columns, for open dialogue with Israeli professors.

Erekat first came to international notice as a member of the joint Jordanian-Palestinian team at the 1991 Middle East peace conference in Madrid.

Leaving the world of academia for the world of diplomacy, he insisted over the next three decades that a two-state solution to the conflict was possible, while warning that anti-peace elements were growing stronger. Complaining that he wasn’t receiving sufficient backing to negotiate effectively, Erekat submitted his resignation on multiple occasions, only to return each time talks were renewed.

Although sometimes mooted as a dark-horse contender to succeed Abbas as Palestinian Authority president, Erekat was dogged at home by the perception that he was willing to make intolerable concessions at the negotiating table and had grown too accustomed to the diplomat’s lifestyle of international travel and posh hotels.

For some Israelis, though, he was the face of an intransigent enemy who regularly accused their country of racism and war crimes. Critics pilloried the dying Erekat’s transfer to Hadassah Medical Center for treatment.

The last round of peace talks broke down in 2014. The Palestinians boycotted the Trump administration’s effort at a peace process, which hewed close to Israeli demands.

The Palestinian leadership vows to review all political, economic and security ties with the US
World
2 years ago
Next Article