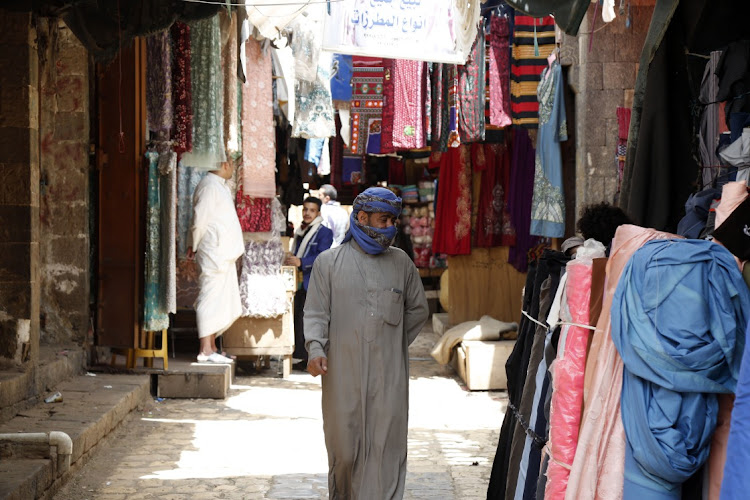 Dubai/London — The coronavirus came relatively late to Yemen, but even with advance notice it has still been ravaged by the disease.

With the war-torn country divided between three competing authorities, its economy and health systems shattered, and malnutrition and disease rife, the outbreak faced few obstacles.

Even during the harrowing past five years of conflict, Yemenis flooded Facebook through the holy month of Ramadan with greetings and photographs of fasts being broken. This year, though, their posts were often messages of condolence.

“It has turned from a Facebook to a deathbook in Yemen,” Sami Ghaleb, political analyst and founder of al-Nida newspaper, said of the outpouring on social media. “The sorrows of Yemenis are a sea without shores.”

While figures released by officials put fatalities at a few hundred since Yemen’s first virus case was reported mid-April, online comments as well as accounts from medics and those preparing graves suggest the actual number is far higher, and rising rapidly. In a worse-case scenario, the World Health Organisation sees at least 65,000 deaths, and about 500,000 hospital admissions.

An outbreak on that scale would add to the unravelling of a country located on a maritime passage through which nearly 4-million barrels of oil are shipped daily to Europe, the US and Asia, and enhance the chaos that Al-Qaeda and Islamic State have been exploiting to reestablish a presence.

Besides, “if we do not combat the virus everywhere, there’s a high likelihood that it will continue to circle the planet”, said Jens Laerke, spokesperson for the UN office for the co-ordination of humanitarian affairs. Richer nations must make an investment in humanity, he said.

That is why on Tuesday the UN is co-hosting a virtual donor conference, looking for $2.4bn to fund programmes that assist 80% of Yemen’s 28-million people.

The event’s other sponsor is, controversially, Saudi Arabia. Since 2015, the Saudi military has led an Arab coalition seeking to restore the government ousted by Iran-aligned Houthi rebels. The fighting has killed 100,000 people, with another 131,000 dying from hunger, disease and lack of medical care, a UN-commissioned report found last year.

Asked about the kingdom’s participation given its role in the war, Laerke said Saudi Arabia has provided “large amounts of money with no strings attached” that helped beat back a looming famine in Yemen and control a cholera epidemic. He added that the UN has called on all parties, including the Saudis, to adhere to international humanitarian law that prohibits targeting health facilities, something that has happened on scores of occasions during the war.

Saudi Arabia, which is struggling with its own coronavirus outbreak and shares a long, hard-to-control border with Yemen, plans to donate $500m to the effort, according to its ambassador to the country.

Only half Yemen’s hospitals and clinics are still functioning, and medics say they have turned Covid-19 patients away because of a lack of ventilators, oxygen and personal protection equipment. Testing is almost nonexistent.

In the southern port city of Aden, where some of the first virus clusters erupted, residents have had to clear streets after heavy rains and flash floods in mid-April that piled up mud and garbage. In places, sewage mixes with pools of stagnant water.

The city has been under the control of United Arab Emirates-backed separatists since last year after they expelled the government of President Abd Rabbuh Mansour Hadi, the leader Saudi Arabia wants to restore to power over all Yemen. The two are supposed to be allies in the fight against the northern Houthis but have turned on each other.

As they battle in a nearby province, the coronavirus is spreading in Aden. Mosques remain open, while markets and shops are crowded despite orders to close, highlighting the difficulties in enforcing a lockdown when most people depend on a daily income, and electricity supply is limited to about four hours a day.

“How can we observe social distancing and home isolation when we can’t keep food and vegetables fresh in the fridge?” Abeer Karim, a resident, said. Ginger, lemons and oranges are scarce as people try home remedies to ward off infection, she said. Food prices are rising.

Fearful of being stigmatised, relatives of virus victims are reluctant to share their stories, with most blaming “fever” or other diseases that have taken hold in the city, like dengue or chikungunya. But the evidence is mounting of a growing Covid-19 toll.

Authorities in Aden are issuing far more death certificates each day than before the outbreak. The price of a grave cloth has gone up by almost 50%, costing more than 15,000 rials ($60), residents say. While in Sana’a the price of a grave has risen to 70,000 rials from 30,000.

Sana’a, the capital, is run by the Houthis. They have announced just four cases and one death, and have been accused by the Hadi government and medics of covering up cases. Last week, they acknowledged the virus has spread to other areas, including Sana’a, without providing figures. They have allowed mass gatherings and encouraged families and friends  to attend funerals.

“If we do not get the money coming in, the programmes that are keeping people alive, are essential to fighting back against Covid, will have to close,” the UN’s Laerke said. “And then the world will have to witness in a country what happens without a functioning health system battling Covid. And I do not think the world wants to see that.”