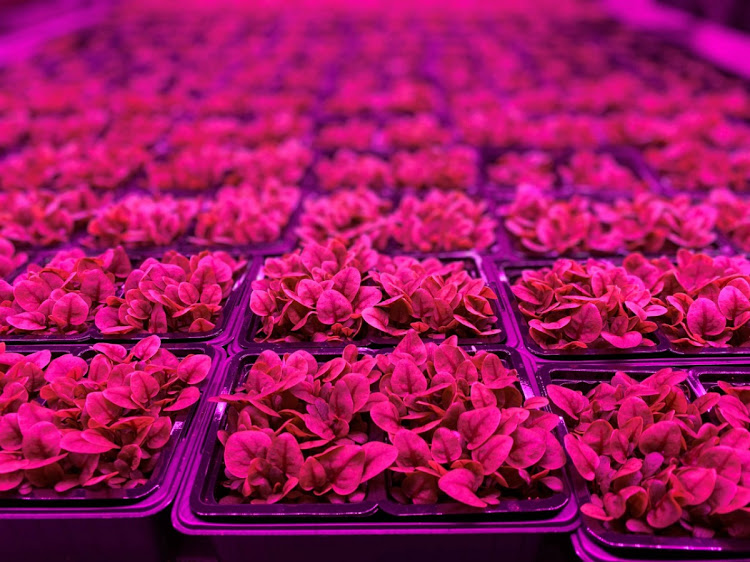 The desert Gulf Arab states, which rely on food imports for 80%-90% of local demand, have for years spent billions of dollars on agricultural investments outside their borders in a quest for food security. But as the fast-spreading virus piles pressure on global food supply chains and agricultural producers threaten export curbs, local producers hope they can now play a bigger role.

“Locally farmed produce is now in more demand, whereas food imports are negatively impacted with closure of borders and airports,” Omar al-Jundi, CEO of Dubai-based vertical farming business Badia Farms, told Reuters. The facility, which can grow fruits and vegetables, is producing 200kg-250kg of leafy greens a day.

“The world as we know it has changed forever. From a macro standpoint, governments will go back to localising certain vital industries, such as agriculture, to ensure supply will never be interrupted.”

Expensive programmes to increase food output in the region have in the past struggled to cope with the hot climate and lack of water. But the Gulf region’s petrodollars put it in a position to take risks with new technologies that are capable of commercialising crops using significantly less water in harsh environments.

The oil-rich UAE capital Abu Dhabi in 2019 approved a series of incentive packages worth 1-billion dirhams ($272m) to support agricultural technology projects. In April that year, Abu Dhabi Investment Office (Adio) said it was investing $100m of that sum in four companies that would build facilities in the emirate, including US-based AeroFarms.

“In some parts of the world people say prove it first, then come here. But in the UAE, there is this mentality of I will do it first and I will do it bigger and better,” said AeroFarms CEO and co-founder David Rosenberg.

AeroFarms is setting up an 8,200m²  research and development centre in Abu Dhabi, the largest indoor vertical farm of its kind, to help bring fresh fruit and vegetables grown in vertical farms to local markets at an affordable price.

Indoor vertical farming, a controlled-environment form of agriculture in which crops are vertically stacked in layers, has been shown by AeroFarms to use up to 95% less water for some crops.

“In the US we have been able to bring our costs down to the point where we sell at the same price of field farmers in the category of organics, that is around a 20% premium,” he said. “It is a good litmus test and that is our goal here and I think we can achieve it.”

In many countries around the world, lockdowns have caused an acute shortage of farm labour, meaning millions of tonnes of fruit and vegetables could be left unpicked this year. Abu Dhabi emirate produced 122,550 tonnes of vegetables in the 2018/2019 season, according to state media.

Adio is willing to bet on new technology at a time when the coronavirus pandemic has changed how corporations work due to global containment measures, including lockdowns. The Abu Dhabi programme hopes to create an agricultural innovation hub that attracts like-minded companies.

“Will every technology work? Potentially not, but these things feed off each other,” Adio director-general Tariq Bin Hendi said. “You look at experiences that we are all going through today with these lockdowns, the one thing that is highlighted is the need for more technology.”

Ban on dollar lifted as Covid-19 plunges Zimbabwe into crisis

Survival shelter manufacturers are doing a roaring trade, as panicked billionaires spend liberally on their Apocalypse plans
World
1 year ago

US legislators close to approving aid deal for small businesses

Treasury secretary Mnuchin said he believes another $300bn should be sufficient to reach everyone seeking a small business loan.
World
1 year ago
Next Article