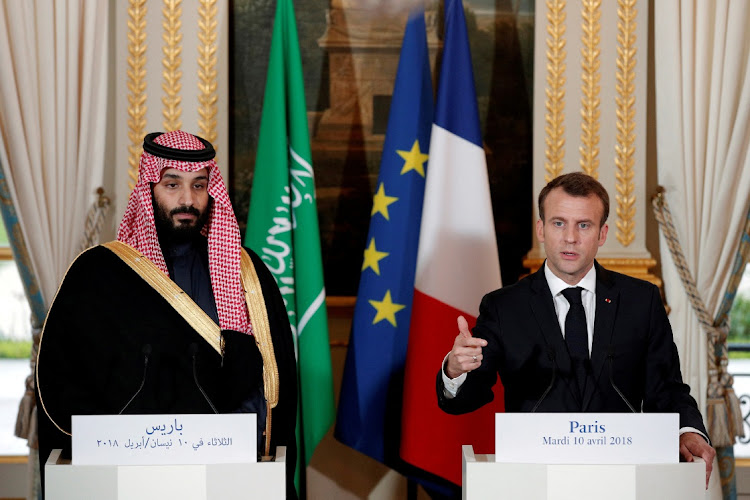 French opposition figures and human rights groups have criticised Macron’s decision to invite a man that Western leaders believe ordered the murder in 2018 of prominent Saudi journalist Jamal Khashoggi, to dinner at the Elysee Palace.

The visit to Paris by the de facto Saudi ruler, widely known as MbS, comes two weeks after he held talks in Saudi Arabia with US President Joe Biden. The West is keen to reset relations with the Gulf Arab oil giant as it seeks to counter the rising regional influence of Iran, Russia and China.

“The rehabilitation of the murderous prince will be justified in France as in the US by arguments of realpolitik. But it’s actually bargaining that predominates, let’s face it,” Amnesty International secretary-general Agnes Callamard said on Twitter ahead of Prince Mohammed's visit.

France and other European countries are looking to diversify their sources of energy following Russia’s invasion of Ukraine, which has seen Moscow cut gas supplies to Europe. Macron wants Riyadh, the world’s largest oil exporter, to raise production.

Government spokesperson Olivier Veran dismissed rights groups’ concerns about Macron hosting MbS, telling reporters on Thursday that the French president would not set aside his country’s values in talks with the Saudi leader, but that they would be held “while working to get oil access for the whole world”.

Macron also views Saudi Arabia as vital to helping forge a broader Middle East peace dialogue between Iran and US-backed adversaries despite talks to revive Tehran’s 2015 nuclear accord having stalled with no signs of a possible breakthrough.

France is one of Riyadh’s main arms suppliers but has faced growing pressure to review its sales because of the humanitarian crisis, the world’s worst, in Yemen where a Saudi-led coalition has been fighting Iran-aligned Houthi rebels since 2015.

Macron, who last December became the first Western leader to visit Saudi Arabia since the Khashoggi affair, has dismissed criticism of his efforts to engage MbS by saying the country is too important to be ignored.

The killing of Khashoggi at the Saudi consulate in Istanbul sparked an international furore. US intelligence concluded that MbS had directly approved the murder of the Washington Post columnist. The crown prince denied any role in the killing.

French prosecutors are studying complaints filed against MbS over the Saudi role in the Yemen war. Rights groups Democracy for the Arab World Now (Dawn), Open Society Justice Initiative (OSJI), and Trial International said on Thursday they had filed a new complaint asking French authorities to open an investigation into MbS over the torture and killing of Khashoggi.