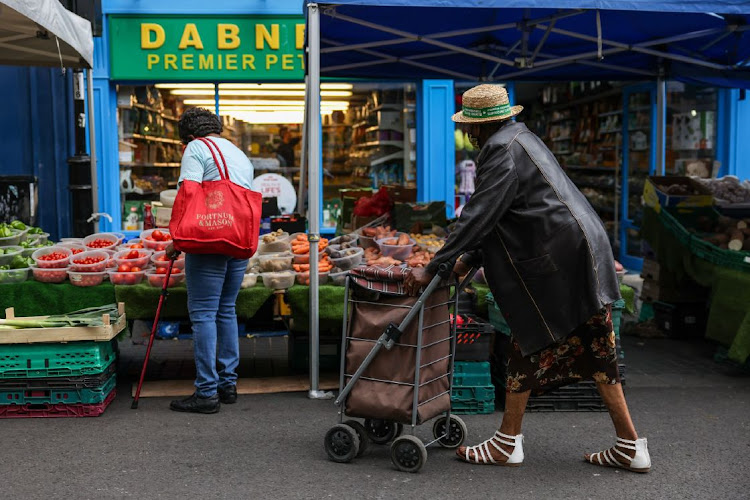 London — Europe’s largest consumer-focused firms are seeing no shortage of demand despite a cost-of-living crisis, prompting several to upgrade sales forecasts for the current year.

Like rival Unilever, Reckitt and Danone have mainly relied on price rises to drive revenue. The biggest question for investors is how long that will continue.

“What we’ve seen is that the consumer has accepted these price increases but inflation is not pulling back,” said Ashish Sinha, portfolio manager at Unilever and Reckitt shareholder Gabelli. “So as inflation increases, that raises questions on demand elasticity.”

Shops and supermarkets in Britain increased prices by 4.4% in the 12 months to July, the largest rise since these records began in 2005, reflecting a jump in food and transport costs, the British Retail Consortium said on Wednesday.

Even McDonald's, which offers some of the cheapest meals on the high street, said Wednesday that it would raise the price of a cheeseburger by 20p to £1.19  — the first increase for 14 years.

Middle- and high-income households were able to build up substantial savings during the pandemic as restrictions made everything from foreign holidays to eating out more difficult. While some of these savings have since been eroded by inflation, they still have more flexibility to buy premium items.

In contrast, low-income households have been hit proportionately worse by inflation that richer ones because more of their income is spent on essential items ranging from food to fuel and accommodation.

The increased affluence has resulted in booming demand for luxury items such as sports cars and designer handbags.

“We’re growing double digit with most of our brands so we cannot complain about European customers. On top of that we’ve got significant tourist activities in Europe,” said LVMH financial chief Jean Jacques Guiony.

American tourists vacationing in London have been spending more because of the strong dollar.

For now, the increased prosperity of affluent consumers is offsetting the hit to revenues from lower earners spending less.

“It’s one of those moments where investors are looking at these results in Europe and thinking … business has been resilient,” said Danni Hewson, financial analyst at AJ Bell.

After leading the race in every round of voting, Sunak now trails the foreign secretary by a wide margin
News
2 weeks ago
Next Article