Britain’s spy chief estimates about 15,000 Russian troops have been killed since the February invasion, and ‘winter is coming’ 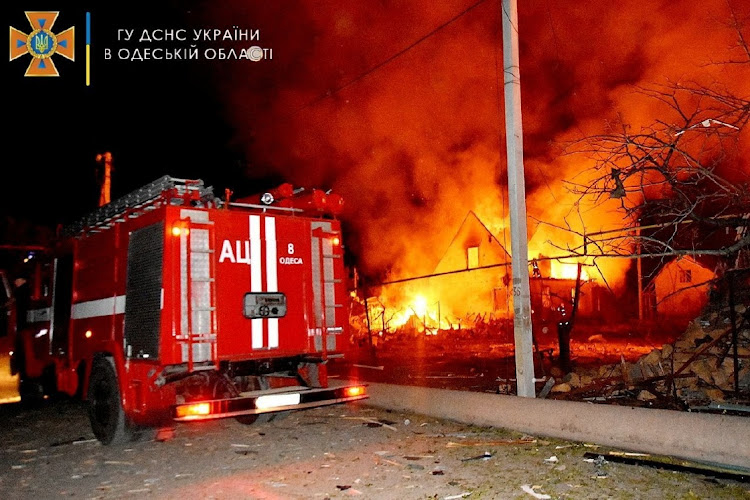 A fire engine at the scene of a burning building after Russian shelling, in Odesa, Ukraine, July 19 2022. Picture: STATE EMERGENCY SERVICE OF UKRAINE/REUTERS

Aspen — Russia’s military is likely to start an operational pause of some kind in Ukraine in the coming weeks, giving Kyiv a key opportunity to strike back, Britain’s spy chief said on Thursday.

Richard Moore, chief of the Secret Intelligence Service (SIS) known as MI6, also estimated that about 15,000 Russian troops had been killed so far in its war in Ukraine, adding that was “probably a conservative estimate.”

“I think they’re about to run out of steam,” Moore said, addressing the Aspen Security Forum in Colorado, adding that the Russian military would increasingly find it difficult to supply manpower and materiel over the next few weeks.

“They will have to pause in some way, and that will give the Ukrainians opportunities to strike back.”

Nearly five months since Russia invaded Ukraine, Kyiv hopes that Western weapons, especially longer-range missiles such as US High Mobility Artillery Rocket System (Himars), which Kyiv has deployed in recent weeks, will allow it to launch a counterattack in coming weeks and recapture Russian-occupied territory. 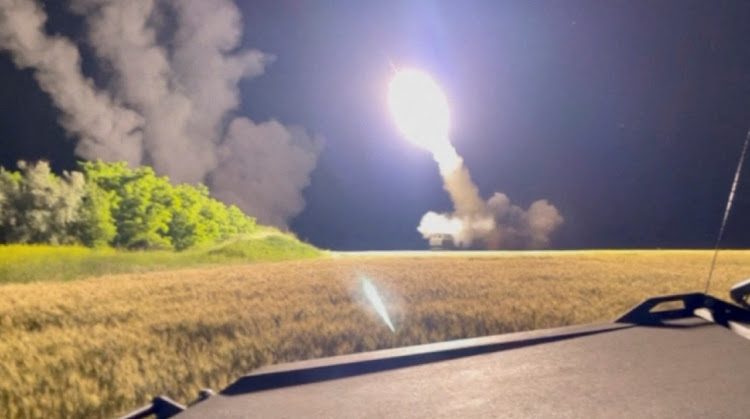 Moore underscored the need for Ukraine to show the war was winnable — both to preserve high Ukrainian morale but also to stiffen the resolve of the West as concerns mount about European energy shortages during the coming winter.

“It’s important, I think, to the Ukrainians themselves that they demonstrate their ability to strike back. And I think that will be very important for their continuing high morale,” Moore said.

“I also think, to be honest, it will be an important reminder to the rest of Europe that this is a winnable campaign by the Ukrainians. Because we are about to go into a pretty tough winter and ... I don’t want it to sound like a character from ‘Game of Thrones’. But winter is coming.

“And clearly in that atmosphere with the sort of pressure on gas supplies and all the rest, we're in for a tough time,” Moore said.

The prospect of a Russian disruption of European energy supplies is one of the biggest global economic and political risks arising from the war. European countries fear they could face shortages next winter, if Russia cuts back deliveries during warm months when they typically replenish storage tanks.

Moore said the toll from Russian President Vladimir Putin’s war in Ukraine was mainly being felt in poorer, rural communities, and that Putin was not yet recruiting forces for the conflict from middle-class areas of St Petersburg or Moscow.

“These are poor kids from rural parts of Russia. They’re from blue-collar towns in Siberia. They are disproportionately from ethnic minorities. And these are his cannon fodder,” Moore said.

Asked if he knew about Putin’s health, Moore said: “There’s no evidence that Putin is suffering from serious ill-health.”

As Russia stages countrywide missile attacks in Ukraine, former president Dmitry Medvedev signalled that Moscow is ready to do whatever it takes to ...
World
1 month ago

But with the flows still reduced, Germany’s economy minister Robert Habeck accused Russia of blackmailing Europe over energy
World
4 weeks ago
Next Article