The attack follows a shooting in neighbouring Norway last week 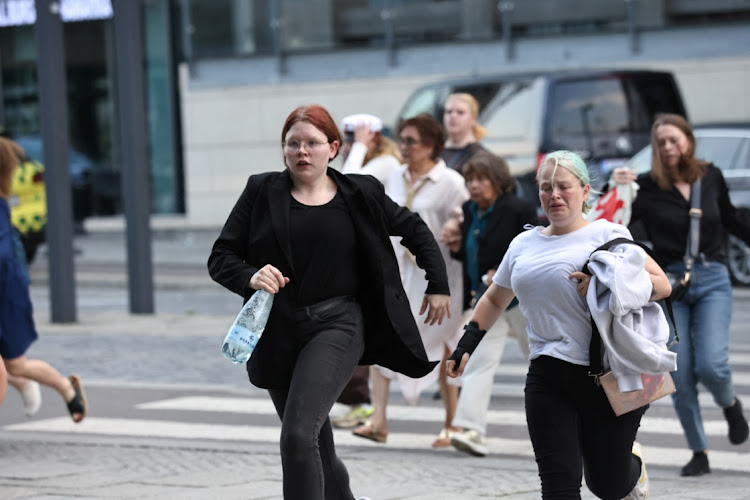 Copenhagen — Several people were killed in a shooting at a shopping centre in Copenhagen on Sunday, Danish police said, adding they had arrested a 22-year-old Danish man and could not rule out it was an “act of terrorism”.

“There are several injured, and what we also know now is that there are several dead,” chief police inspector Soren Thomassen told journalists, adding police had launched a huge search operation throughout the local Zealand region.

Copenhagen police said armed officers were sent to Field’s mall in the Danish capital late on Sunday afternoon after reports of a shooting and had told people inside to stay put and await assistance. Local media footage showed groups of terrified shoppers running from the mall.

There was no initial indication that other shooters had been present, police said, and Thomassen declined to comment on possible motives or whether the shooter was known to police.

The capital’s main hospital, Rigshospitalet, had received a “small group of patients” for treatment, a spokesperson said, and had called in extra doctors and nurses.

Danish tabloid BT published unverified video footage it said was shot by a witness to the attack, Mahdi Al-wazni, showing a man with a large rifle walking through the mall and swinging it around his shoulders.

Footage published by tabloid Ekstra Bladet showed one person being carried by rescue workers into an ambulance on a stretcher.

“People first thought it was a thief.... Then I suddenly heard shots and threw myself behind the counter inside the store,” an eyewitness, Rikke Levandovski, told broadcaster TV2.

“He is just shooting into the crowd, not up in ceiling or into the floor,” she added.

The multistorey shopping mall is located about 5km south of downtown Copenhagen.

“My friend and I ... suddenly we heard shots. I heard about ten shots and then ran as fast as we could into a toilet. We squeezed into this tiny toilet [with] around 11 people,” a witness who gave her name as Isabella told public broadcaster DR.

The attack follows a shooting in neighbouring Norway last week, in which two people were killed by a lone shooter in the capital Oslo.

The terrorist threat against Denmark is currently assessed to be “serious”, with the biggest threat coming from “militant Islamism”, according to the latest report from the Danish Security and Intelligence Service.

The threat to Denmark from right-wing extremists is considered at a “general” level, which means there is capability and possibly planning.

Denmark last saw a militant attack in 2015, when two people were killed and six police officers wounded when a lone gunman shot and killed a man outside a culture centre hosting a debate on freedom of speech, and later killed a person outside a Jewish synagogue in central Copenhagen.

That gunman was killed in a shoot-out with police.

A concert due to be held by singer Harry Styles in Copenhagen on Sunday night not far from the shopping centre was cancelled, police said.

An event in southern Denmark to commemorate the end of the first three stages of the Tour de France cycling race, hosted by the Danish Crown Prince and with Prime Minister Mette Frederiksen in attendance, was also cancelled, the Royal House said on its website.

Update: July 3 2022
This story has been updated with new information.

Nordic states’  leaders are on a state visit to Washington after their countries' bids to join Western defence alliance met with resistance from ...
World
2 months ago