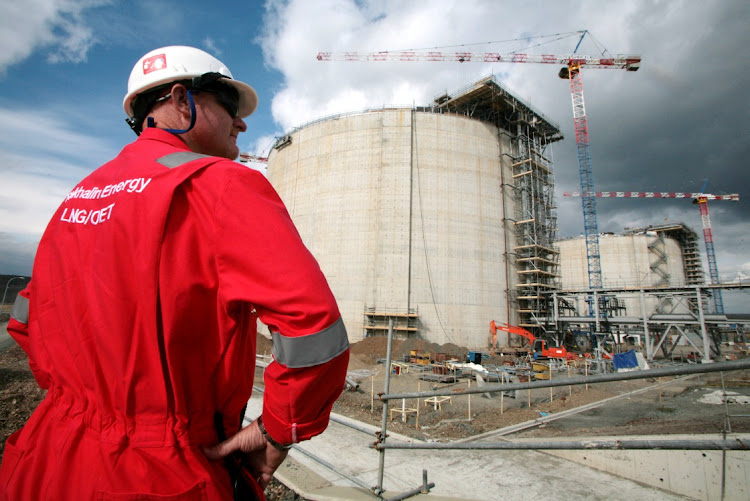 An employee of Sakhalin Energy stands at the Sakhalin-2 project's liquefaction gas plant in Prigorodnoye, about 70 km south of Yuzhno-Sakhalinsk on October 13, 2006. File Picture: REUTERS/Sergei Karpukhin

Tokyo — President Vladimir Putin signed a decree on Thursday to take charge of the Sakhalin-2 gas and oil project in Russia’s Far East, a move that could force Shell and Japan’s Mitsui and Mitsubishi to abandon their investments as the economic tit-for-tat over Ukraine deepens.

The decree said the new firm would take over all rights and obligations of Sakhalin Energy Investment, in which the two Japanese trading companies and Shell hold just under a 50% stake.

The five-page decree, which comes amid Western sanctions on Moscow over the invasion of Ukraine, indicates that it is up to the Kremlin to decide whether foreign shareholders are to remain in the consortium.

Shell made clear its intention to quit the project months ago and has been in talks with potential buyers. But Japan has previously said it would not give up its interests in the Sakhalin-2 project, which is important for its energy security, even if asked to leave.

Shares in Mitsui & Co and Mitsubishi Corporation fell 6% in trading on Friday on concerns over impairment losses. They underperformed broader Nikkei index, which dropped 1.9%.

A Mitsubishi spokesperson said the company was discussing with its partners in Sakhalin Energy and the Japanese government on how to respond to Putin’s decree. Mitsui did not offer make any immediate comment.

Sakhalin-2 supplies about 4% of the world's current liquefied natural gas (LNG) market. Japan, South Korea and China are the main customers for oil and LNG exports, according to Shell.

“Generally speaking, our country’s interests in resources should not be hurt,” he told a regular news conference, declining to say whether Japan was in contact with Moscow over the matter.

Japanese industry minister Koichi Hagiuda will hold a news conference later in the day, though the ministry declined to say what it would be about.

According to the decree, Gazprom will keep its stake, but other shareholders are required to ask the Russian government for a stake in the new firm within one month. The government will then decide whether to allow them to keep a stake.

Shell CEO Ben van Beurden told reporters on Wednesday the company was “making good progress” in its plan to exit from the Sakhalin Energy joint venture.

“I cannot tell you exactly where we are because it’s a commercial process so I have to respect confidentiality ... but I can tell you when I got an update last week, I was really pleased with where we are.”

Sources had told Reuters in May that Shell was in talks with a consortium of Indian energy companies to sell its stake in Sakhalin-2.

Saul Kavonic, head of Integrated Energy and Resources Research at Credit Suisse, said Russian LNG production from projects such as Sakhalin-2 was likely to suffer over time as foreign expertise and parts became unavailable.

“This will tighten the LNG market materially this decade,” he said.

On the demand side, any increase in Russian government involvement will only make procurement from these projects more difficult for many buyers, he said. Japan was urgently seeking alternative supply options, he added.