The island controls sea lanes to Odesa, Ukraine's main Black Sea port, where Russia’s blockade has prevented grain exports from one of the world’s main suppliers 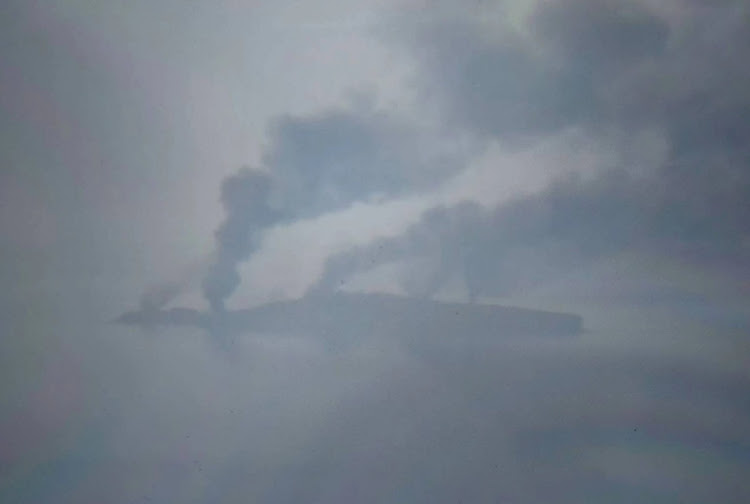 Kyiv — Russian forces abandoned the strategic Black Sea outpost of Snake Island on Thursday, in a major victory for Ukraine that could loosen a Russian grain export blockade threatening to worsen global hunger.

Russia’s defence ministry said it had decided to withdraw from the outcrop as a “gesture of goodwill” that showed Moscow was not obstructing UN efforts to open a humanitarian corridor allowing grains to be shipped from Ukraine's ports.

Ukraine said it had driven the Russian forces out after a huge artillery and assault overnight.

Ukraine’s southern military command posted an image on Facebook of what appeared to be the island, seen from the air, with at least five huge columns of black smoke rising above it from what it described as an assault by missiles and artillery.

“The enemy hurriedly evacuated the remains of the garrison with two speed boats and probably left the island. Currently, Snake island is consumed by fire, explosions are bursting.”

Reuters could not immediately verify the photograph or either side's battlefield accounts.

Russia captured the island on the war’s first day, when a Ukrainian guard there, ordered by Russian cruiser Moskva to surrender, radioed back “Russian warship: go fuck yourself.”

That incident was immortalised on a Ukrainian postage stamp. The day the stamp was issued, Ukraine sank the ship, the flagship of Russia’s Black Sea fleet.

In May, Britain’s defence ministry said that if Russia were able to consolidate its grip on Snake Island with air defence and coastal defence cruise missiles, it could dominate the north-western Black Sea.

The island falls within range of HIMARS fired from the Ukrainian mainland. Ukraine began fielding the powerful new rocket system sent by the US last week.

“The most significant aspect is that this could open the door to Ukrainian grain exports from Odesa, which is critical for Ukraine's economy and for the global food supply.”

Ukraine’s armed forces chief said Ukrainian-made howitzers firing on the island had played a role in driving the Russians off it, but also thanked foreign countries for their support.

Ukraine says Russia killed civilians deliberately, but Russia maintains the mall was empty and it’s target was a nearby arms depot
World
1 month ago

Leaders of Nato countries are meeting in Madrid to formulate policy in response to Moscow’s actions, and also to any potential threat from China
World
1 month ago