Russian TV channel aims to be a headache for Moscow 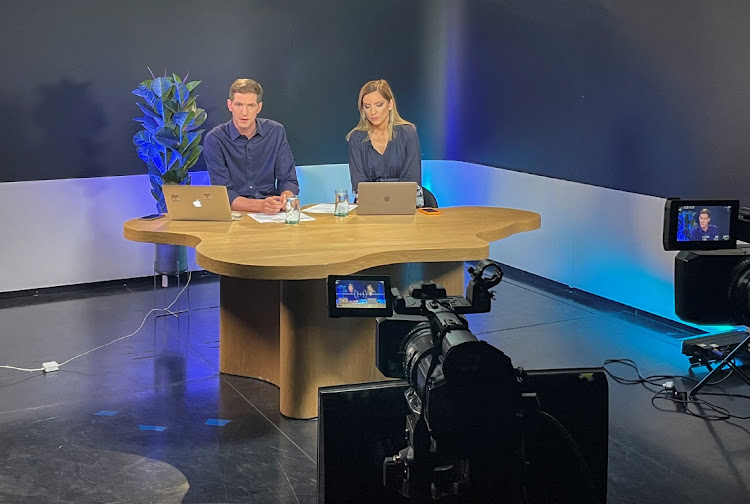 Tbilisi — When television reporters Tikhon Dzyadko and Ekaterina Kotrikadze quit Russia with other colleagues in March, they left the country without one of its few major nongovernment media outlets.

The pair, leading journalists at independent TV channel Dozhd, have been broadcasting a current affairs show on their joint YouTube channel from neighbouring Georgia since Dozhd went off air but are now preparing a formal relaunch from abroad.

Their departure from Russia came after President Vladimir Putin signed a law imposing a jail term of up to 15 years for spreading “fake” news about the military, making it effectively illegal to criticise Russia’s invasion of Ukraine.

Dozhd was one of many media outlets whose leaders took the decision to halt their activities.

“The page of Russian modern history called independent journalism has been turned,” Dzyadko, Dozhd’s editor-in-chief, told Reuters in a bare-bones television studio in Georgia, one of several countries they plan to broadcast from.

A live stream they did last week had more than 92,000 views, allowing them to connect with some of their audience on one of the few online platforms that have not been blocked by the authorities, who say their critics are serving a hostile West.

But after Russia sent troops into Ukraine on February 24, Dozhd drew about 25-million daily views, even though the channel was designated a “foreign agent” by the authorities in 2021.

The Kremlin describes its actions in Ukraine as a special military operation and accuses media that criticise it or its actions of being out to destroy Russia.

Launched in 2010, Dozhd, known as TV Rain in English, was a popular source of news on the mass protests after the arrest of Kremlin critic Alexei Navalny and other events that receive no coverage on state television.

It is planning to resume broadcasting from cities including Tbilisi, Riga and Amsterdam in the next few weeks.

Though many aspects of the relaunch remain to be determined — including its date and precise format — Kotrikadze says Dozhd aspires to be “a real problem for Russian propaganda”.

“We want to be a huge headache for them,” said Kotrikadze, the channel's news director.

As Dozhd prepares to go back on air, the channel faces two major challenges: reaching a Russian audience that has become increasingly isolated and safely reporting from inside the country despite restrictions.

“We get a lot of viewers because they see links on Facebook or Twitter,” Dzyadko said. “But since Facebook and Twitter have been blocked, even though people are using VPNs [virtual private networks], the audience is getting smaller.”

Dzyadko fears that some Dozhd viewers filled the void left by the channel’s absence with content from state media. For Kotrikadze, much of the success of the relaunch will depend on finding the right tone in reporting on Russia from outside.

“How should you talk to those who still believe that the so-called ‘special military operation’ is the right thing to do?” she said. “I want to understand what they are thinking. And I want to talk to them.”

Moscow blames Western countries — which have imposed far-reaching sanctions on Russia and restricted Russian news channels since the invasion of Ukraine — for the problems faced by independent media in Russia.

Dzyadko recalls his parents listening to the foreign broadcasts of Radio Liberty in Moscow during the Soviet era, and says Dozhd viewers will soon experience something similar.

“I have no doubt that there will be a way to get through this media Iron Curtain in Russia,” he said.