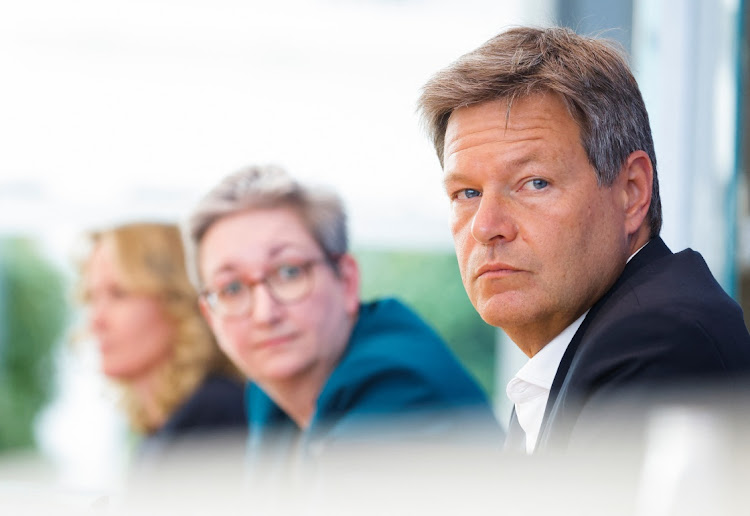 Frankfurt — Germany on Sunday announced its latest steps to boost gas storage levels to prepare for the next winter season, when it fears Russia, which has cut deliveries in recent days, could reduce or even completely halt supplies.

Following Russia’s invasion of Ukraine, Germany, which relies on Moscow for most of its gas, is seeking to fill its gas storage facilities and to phase out Russian energy imports.

Germany’s economy ministry said the new measures would include increased reliance on coal-fired power plants as well as an auction system starting in the coming weeks to incentivise industry to consume less.

Economy minister Robert Habeck said that depending on the situation, the ministry, which is in charge of security of energy supply in Europe’s top economy, will take further measures.

Two people familiar with the matter, speaking on condition of anonymity, said that could include launching the second phase under Germany’s gas emergency plan.

The second phase, which kicks in when there is a high risk of long-term supply shortages of gas, would enable utilities to pass on high gas prices to customers and thereby help lower demand.

Germany’s chemicals industry association VCI, which represents the sector most exposed to the gas delivery cuts, said reduced supplies had not yet caused acute problems.

The measures announced on Sunday follow a package unveiled earlier in 2022 to provide Germany’s energy companies and economy with support payments to manage the Ukraine crisis, which has led to soaring power costs.

“The tense situation and the high prices are a direct consequence of (Russian President Vladimir) Putin’s war of aggression on Ukraine,” Habeck said in a statement.

“What’s more, it is obviously Putin's strategy to make us insecure, to drive up prices, and to divide us. We will not let that happen. We will fight back decisively, precisely and thoughtfully.”

The economy ministry said bringing back coal-fired power plants into the mix could add up to 10 gigawatts of capacity in case of a critical gas supply situation, adding a corresponding law would go to the upper house of parliament on July 8.

“That is painful, but it is a sheer necessity in this situation to reduce gas consumption,” said Habeck, a member of the Green party that has pushed for a faster exit from carbon-intensive coal.

“But if we don’t do it, then we run the risk that the storage facilities will not be full enough at the end of the year towards the winter season. And then we are blackmailable on a political level.”

Germany targets storage levels of 80% by October and 90% by November.

Data from Gas Infrastructure Europe shows German gas storage levels at 57.03% as of June 17, up from 29.69% on February 24, the day Russia invaded Ukraine.

Since Russia’s invasion of Ukraine, some countries are investing in new oil and gas fields, which will worsen pollution and climate change
World
2 weeks ago