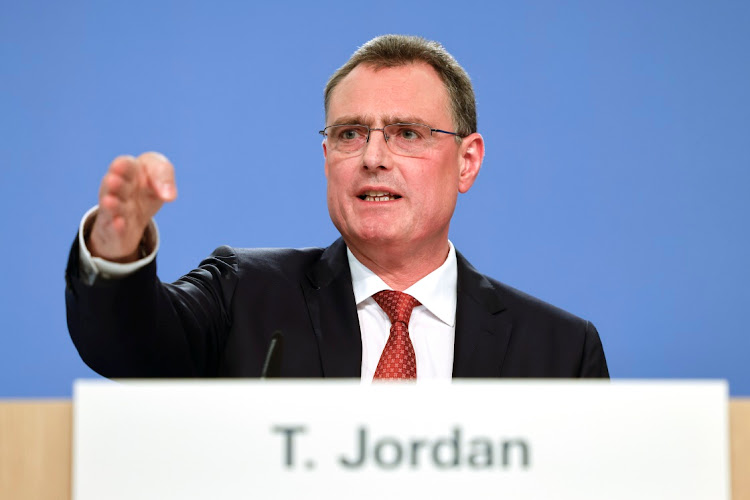 Amsterdam  — Eurozone bond yields surged on Thursday after an unexpected interest rate hike by Switzerland turned the focus to the ramifications of a policy shift for the region.

It raised interest rates by 50 basis points (bps) in its first increase for 15 years, joining other central banks in tightening monetary policy to fight resurgent inflation.

The move rippled across markets and sent the Swiss franc rising more than 2% versus the euro and the British pound.

In the bloc’s bond markets, it was a day of big milestones.

Germany’s 10-year yield surged more than 20 bps briefly, although it later moved down to 1.7%. Five-year yields gained sharply too before giving up most of those gains.

Yields also rose as money markets ramped up bets on ECB rate hikes to price in about 190 bps of rises by December, compared with 140 bps a day earlier.

"SNB reaction in govvies is the market pricing in an aggressive ECB," said Arne Petimezas, senior analyst at AFS Group.

The SNB and its president, Thomas Jordan, also said recent depreciation meant the Swiss franc was no longer highly valued on currency markets — long a concern for the bank — and a sign that the central bank was ready to loosen its grip on the franc.

The stepping back of the SNB from the currency markets means even fewer euros generated from currency market intervention would flow into eurozone debt, a big factor in keeping yields in check.

Antoine Bouvet, a senior rates strategist at ING noted that the duration of the SNB’s bond holdings was nearly five years, helping explain why five-year German yields rose more than other maturities.

US Treasury yields also rose sharply. The SNB’s US dollar and euro reserve shares are similar, just under 40%.

Italian bond yields clawed back much of their earlier rise after a Bloomberg News report, citing unnamed sources, said the ECB’s new anti-fragmentation tool would probably involve selling other securities to avoid upsetting the bank’s efforts to curb record inflation.

The closely watched spread between German and Italian 10-year yields was last down to 214 bps from about 227 bps earlier and above 250 bps before the ECB’s Wednesday announcement.

Italian 10-year yields reversed an earlier rise and were last at 3.85%, unchanged on the day and from over 4% earlier. Other spreads also tightened.

France’s central bank governor had already flagged the possibility of this so-called sterilisation feature. Many analysts expect it to feature in the new tool.

Italy’s central bank governor said following the report that the bank is capable of sterilising liquidity without selling securities.

The Bank of England raised interest rates for a fifth straight meeting on Thursday. It increased the benchmark lending rate by 25 bps to 1.25%.

It’s the biggest increase since 1994, and central bank officials signal they will keep raising rates aggressively this year
News
2 weeks ago

The recent sell-off in global markets is contributing to a sharp contraction in financial conditions, possibly slowing inflation
World
2 weeks ago

Bank to halt its bond-buying programme on July 1 and will raise interest rates by 25 basis points, with further increase slated for September
World
3 weeks ago
Next Article