France’s newly appointed minister for solidarity and the disabled denied he had raped two women, following accusations published by the Mediapart website 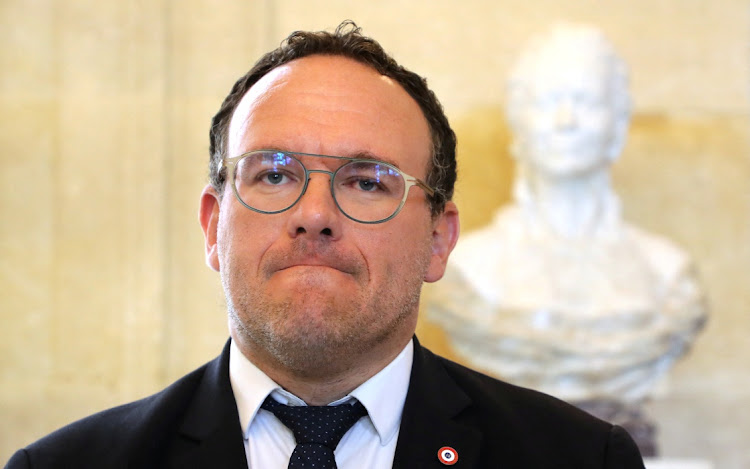 Minister for solidarity and the disabled Damien Abad in Paris, on April 29 2020. Picture: Ludovic Marin via REUTERS

Damien Abad, France’s newly appointed minister for solidarity and the disabled, on Sunday denied he had raped two women, following accusations published by the Mediapart website in an article based on interviews with the women.

Macron’s new prime minister, Elisabeth Borne, said she was not aware of the allegations when he joined the government, which Macron appointed on Friday after two weeks of efforts to strike a balance of gender, political persuasion and experience.

Abad, who was previously the leader of the opposition conservative party in the lower house, was Macron’s biggest catch in centre-right ranks, and an attempt to further weaken the party of former presidents Jacques Chirac and Nicolas Sarkozy.

The women quoted by the Mediapart story said Abad had forced them to have unwanted sexual relations with him. The actions happened in late 2010 and early 2011, they said.

One of the women filed a complaint to the police against Abad in 2017 which was closed without further action, Abad and Mediapart said.

Abad denied any wrongdoing and said his disability, a disorder called arthrogryposis that affects all four of his limbs, made it physically impossible for him to commit the acts he was accused of.

Opposition politicians from the left urged Macron to sack Abad.

“I think it’s not a question of whether he should resign, but whether he should be dismissed as a precaution,” Green politician Sandrine Rousseau said on RTL radio. “We need to send a strong signal to women that their word counts.”

In televised comments to his new ministers at the start of the cabinet meeting, Macron said the government’s mandate was to build on his first five years in power but also launch new initiatives to help unite the French.

“This government’s mandate is to be at the service of our compatriots,” he said, stressing that the cabinet was bringing together ministers of different background and political stripes. He did not mention the controversy around Abad.

After an election victory in which Macron only received reluctant support from some left-wing voters, his new government is trying to show it is taking concerns about the cost of living and food inflation seriously.

The latest on coronavirus and the response to the rapid spread of its Omicron variant, from Indonesia to Germany
News
6 months ago
Next Article