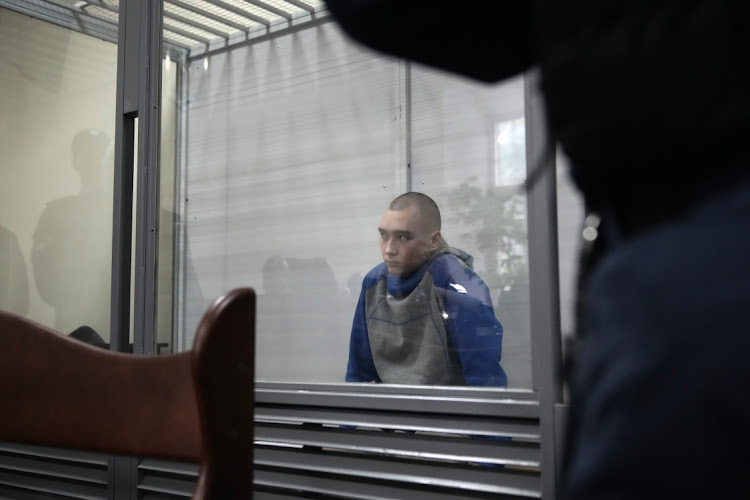 A Kyiv district court met on Wednesday to begin hearing its first war crimes trial against a Russian soldier who took part in Moscow’s February 24 invasion, a case of huge symbolic value for Ukraine.

Vadim Shishimarin, a 21-year-old Russian tank commander held in Ukraine, is charged with murdering a 62-year-old civilian in the northeast Ukrainian village of Chupakhivka on February 28. He told the court he pleaded guilty.

If convicted, Shishimarin faces up to life imprisonment.

The Kyiv government has accused Russia of atrocities and brutality against civilians during the invasion, and says it has identified more than 10,000 possible war crimes.

Russia has denied targeting civilians or involvement in war crimes and accused Kyiv of staging them to smear its forces.

Ukrainian state prosecutors have said the soldier and four other Russian servicemen fired at and stole a privately owned car to escape after their column was targeted by Ukrainian forces.

The Russian soldiers drove into the village of Chupakhivka where they saw an unarmed resident riding a bicycle and talking on his phone, they said.

They said another serviceman ordered Shishimarin to kill the civilian to stop  him reporting on the Russians’ presence. He fired several shots through the open window of the car with an assault rifle at the civilian’s head. The civilian died on the spot.