President says he has no issues with Nordic states entering the military alliance, but Nato should keep troops or hardware out 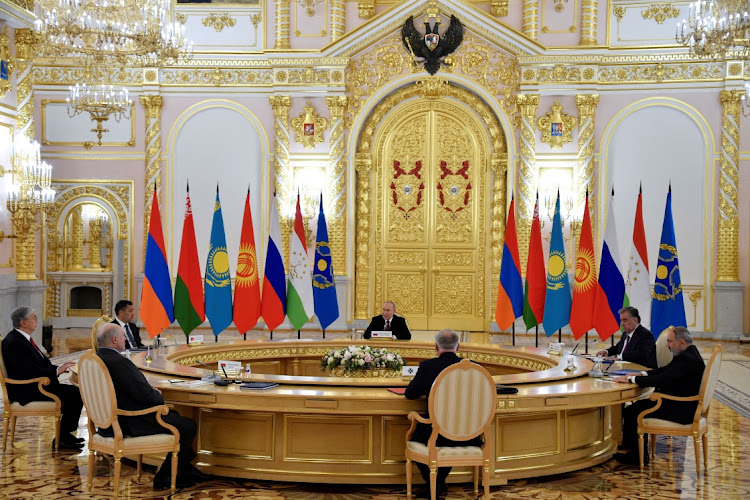 Stockholm/Kyiv — Vladimir Putin appeared to climb down on Monday from Russia’s objections to Sweden and Finland joining defence alliance Nato, saying Moscow had no issues with them entering the military alliance they now aim to join in reaction to his invasion of Ukraine.

Though the Russian leader said Moscow would take action if Nato were to move more troops or hardware onto the territory of its new members — steps Finland and Sweden have both already ruled out — he said Nato’s expansion itself was not a threat.

“As far as expansion goes, including new members Finland and Sweden, Russia has no problems with these states — none. And so in this sense there is no immediate threat to Russia from an expansion to include these countries,” Putin said.

The comments appeared to mark a major reversal of Russian policy. For decades, Moscow has cast Nato's expansion to include new members as a direct threat to Russia's security, including citing it as a justification for the invasion of Ukraine itself.

Just hours before Putin spoke, Russia’s deputy foreign minister, Sergei Ryabkov, said Finland and Sweden were making a mistake that would have far-reaching consequences: “They should have no illusions that we will simply put up with it.”

Putin’s own spokesperson Dmitry Peskov, asked last Thursday if Finland joining Nato was a threat to Russia, had said: “Definitely. Nato expansion does not make our continent more stable and secure.”

But faced with the prospect that his own actions may cause the very expansion of Nato he had opposed, Putin appears to have decided not to object directly.

He did however say Nato enlargement was being used by the US in an “aggressive” way to aggravate an already difficult global security situation, and that Russia would respond if the alliance moves weapons or troops forward.

“The expansion of military infrastructure into this territory would certainly provoke our response. What that (response) will be — we will see what threats are created for us,” Putin said. “Problems are being created for no reason at all. We shall react accordingly.”

Both non-aligned throughout the Cold War, Finland and Sweden say they now want the protection offered by Nato’s treaty, under which an attack on any member is an attack on all.

“We are leaving one era behind us and entering a new one,” Swedish Prime Minister Magdalena Andersson said, announcing plans to formally abandon the militarily non-aligned status that has been a cornerstone of Swedish national identity for more than 200 years.

“Nato will strengthen Sweden, Sweden will strengthen Nato,” she said. Swedish and Finnish officials have said Putin has no-one to blame but himself for their decisions to join Nato. Former Swedish Prime Minister Carl Bildt tweeted a picture of a fake award for Putin as “Nato salesman of the year”.

Kjell Engelbrekt, professor of political science at the Swedish Defence University, said Putin appeared to be trying to “limit the damage”, though it was too early to say whether he now accepted Nato’s expansion as “a fait accompli”.

“Given that Russian military resources are fairly stretched or even overstretched at the present time ... they could not match an intensification of the rhetoric with the stationing and distribution of more capabilities in this part of Europe anyway.”

The Ukraine invasion, now nearly three months old, has so far been a military disaster for Moscow, with its troops forced out of the north and the environs of Kyiv in late March. A Ukrainian counterattack in recent days has driven Russian forces out of the area near Kharkiv, the biggest city in the east.

Ukrainian interior ministry adviser Vadym Denisenko said Ukraine’s counter offensive “can no longer be stopped... Thanks to this, we can go to the rear of the Russian group of forces.”

Ukraine’s defence ministry said on Monday the 227th Battalion of the 127th Brigade of Ukraine’s Territorial Defence Forces had reached the Russian border, where Kharkiv region governor Oleh Sinegubov said they had restored a sign.

“We thank everyone who, risking their lives, liberates Ukraine from Russian invaders,” Sinegubov said.

Kharkiv had endured Russian bombardments from early in the war. Reuters journalists have confirmed Ukraine’s major advances, visiting recaptured villages to the city’s north and east, though Reuters was not immediately able to confirm that troops had reached the border, about 40km north.

The successes near Kharkiv could allow Ukraine to attack supply lines for Russia’s own main offensive, grinding on further south in the Donbas region, where Moscow has been launching mass assaults for a month, achieving only small gains.

In the south, fighting was raging around the Russian-held city of Kherson, and Russian missiles struck residential areas of Mykolayiv, the presidential office in Kyiv said.

Two totemic Western companies in Russia announced plans to sell up. Renault said it was selling its majority stake in Soviet-era carmaker Avtovaz to a Russian science institute for a symbolic single rouble, with a six-year option to buy it back.

McDonald’s, whose opening in Moscow in 1990 was an emblem of the Cold War’s thaw, said it would exit too. A source said its nearly 900 restaurants would be sold to a Russian owner and reopened with no McDonald’s branding.

“The humanitarian crisis caused by the war in Ukraine, and the precipitating unpredictable operating environment, have led McDonald’s to conclude that continued ownership of the business in Russia is no longer tenable,” the company said

Update: May 16 2022
This story has been updated to clarify Putin's comments and add new information.

Thousands of civilians have been killed, towns and cities blasted into ruins, and more than 6-million people have fled their homes since the start of ...
World
1 month ago

Russia has lost about a third of its ground combat force, according to British military intelligence
World
1 month ago
Next Article