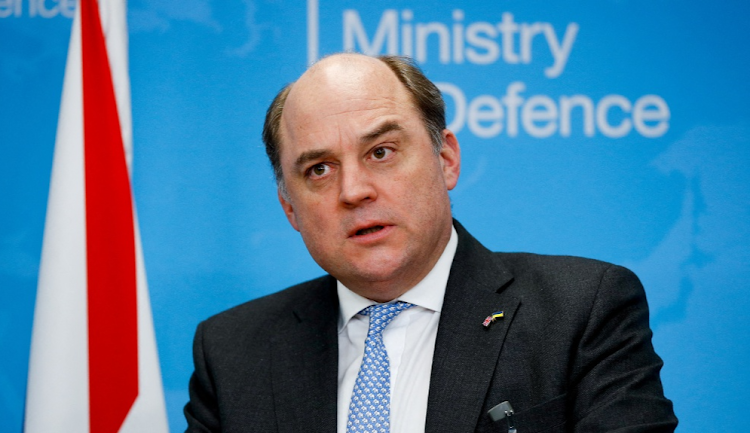 London — British defence secretary Ben Wallace accused President Vladimir Putin and his generals on Monday of mirroring the fascism and tyranny of Nazi Germany and said their invasion of Ukraine was bringing dishonour to Russia’s proud military past.

Earlier, during celebrations to mark the 77th anniversary of the Soviet victory over Nazi Germany in World War 2, Putin had evoked the memory of Russian heroism in a speech on Moscow’s Red Square to inspire his forces fighting in Ukraine.

However Wallace said Putin and the military top brass were hijacking Russian history to suit their own ends.

“Through the invasion of Ukraine, Putin and his inner circle of generals are now mirroring fascism and tyranny of 77 years ago, repeating the errors of the last century's totalitarian regime,” Wallace said in a speech to the National Army Museum.

Britain has been one of the most vocal supporters of Ukraine’s efforts to resist what Putin calls a “special operation” to disarm and denazify its smaller neighbour. Ukraine and the West say this is a false pretext for an unprovoked war of aggression by Russia.

In his speech Putin condemned what he called external threats to weaken and divide Russia, and he accused Nato of plotting an invasion of lands he said were historically Russian, including the Crimea, seized by Moscow from Ukraine in 2014.

“President Putin has made a number of fairy-tale claims for months and years now,” Wallace said. “No-one’s planning to invade, Nato is not surrounding Russia.”

However, Wallace added that whatever happened in Ukraine, Putin would be around “for some time”.

“We have to ask ourselves, how are we going to contain him and his Russia in a way that means we provide security and safety to Europe,” he said.

In 75 days of fighting, Russian forces have flattened villages, towns and cities in Ukraine and driven nearly six-million people to seek refuge abroad, but Putin gave no indication in his speech of how long the war might last.

Wallace said Russian soldiers with little military training had been brought in to replace battlefield casualties — “a sort of cannon fodder” — while the generals were just as complicit “in Putin's hijacking of their forebearers’ proud history”.

“For them and for Putin there can be no victory day, only dishonour and surely defeat in Ukraine,” he said.