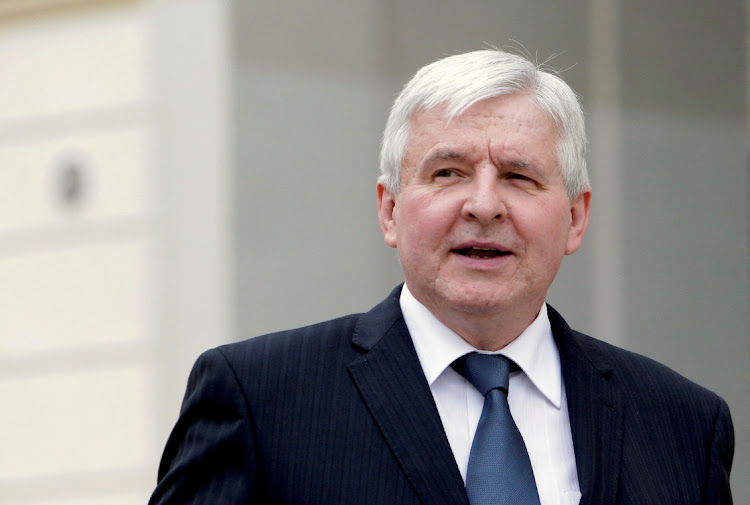 Prague — The Czech central bank raised its main interest rate by a larger-than-expected 75 basis points on Thursday to 5.75%, the highest since 1999, as inflation soared on global price shocks and a tight domestic labour market.

The hike was bigger than analysts’ expectations for a 50 basis point increase, and the bank said more policy tightening may come at future meetings, a hawkish turn from the bank’s previous suggestions that rates may be near a peak.

The bank has been tightening policy since last June, and has raised borrowing costs by 550 bps.

Shocks from the war in Ukraine and soaring inflation, at 12.7% year on year in March, have dented confidence and led to a cut in forecasts for economic growth, which has been an argument against tighter policy. Higher rates raise borrowing costs for businesses and individuals and could erode growth further.

Governor Jiri Rusnok said the bank had to act and may need to do more to rein in inflation.

“If we want to influence inflation expectations ... which are under huge pressure, we cannot give up on further growth in interest rates,” he told a news conference. “That would be resigning on the (bank’s) mandate as a guardian of price stability.”

Rusnok said the board’s decision still fell short of a rate increase assumed by the bank’s new economic forecast. The outlook sees three-month interbank rates, a proxy for official rates, peaking at 8.4% in this quarter.

“An ambition to hike rates as much as needed to get (inflation) to the set target on the standard, one-year horizon would be paid for by extreme rate increases,” Rusnok said.

“So, there is the idea that we accept, temporarily, and I hope just one time, that the horizon will move by one or two quarters, which will allow us to increase rates a bit less.”

The board voted 5-2 for the hike, with two dissenters, Ales Michl and Oldrich Dedek, sticking to their long-held position against tightening.

Elsewhere in Europe, the Bank of England raised its key rate by 25 bps on Thursday, and the Polish central bank tightened policy as well, by 75 points, to 5.25%.

Thursday’s meeting was the penultimate policy decision before Rusnok’s final term on the board ends on June 30, along with the first terms of vice-governor Tomas Nidetzky and board member Vojtech Benda.

The three have been a solid part of the majority on the seven-member board that has backed the bank’s tightening cycle.

President Milos Zeman has not announced his pick as the new governor, but said last week he had four candidates in mind and had a “more or less” clear idea who to choose.

Zeman has met potential candidates Nidetzky and the other vice-governor Marek Mora, as well as Michl, who opposes tighter policy.

Another candidate mentioned in local media was the head of the country’s Chamber of Commerce, Vladimir Dlouhy, who has also suggested a higher tolerance for inflation, given supply-side shocks.

Fed’s decision has major implications for emerging-market policymakers, such as SA’s Reserve Bank
World
3 weeks ago