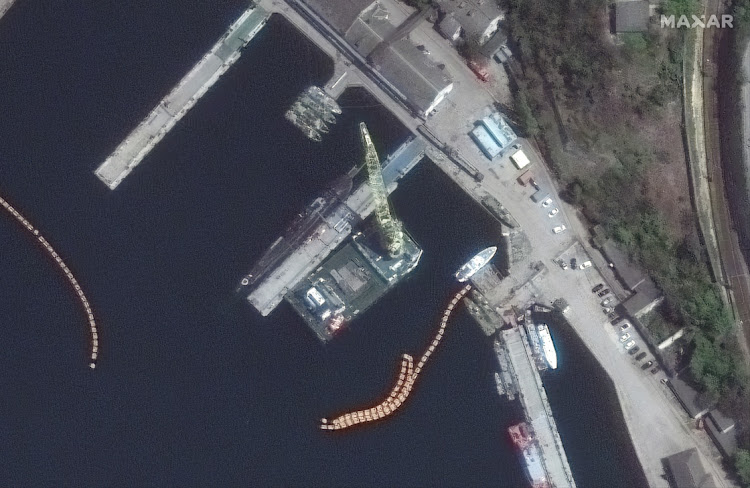 Russia said on Wednesday it had fired two Kalibr cruise missiles at Ukrainian targets from a submarine in the Black Sea and reiterated a warning that it would seek to hit shipments of Nato  weapons to Ukraine.

The defence ministry published video footage of the cruise missiles being launched from the Black Sea, and said they had hit unspecified ground targets in Ukraine.

Russia previously said it had mounted similar strikes from a submarine on April 29.

Earlier on Wednesday, defence minister Sergei Shoigu reiterated a warning that Russia would seek to destroy convoys of arms shipments to Ukraine from Western countries, which in recent weeks have stepped up these supplies.

“The US and its Nato allies are continuing to pump weapons into Ukraine,” Shoigu told a conference of defence ministry officials on day 70 of Russia’s invasion of Ukraine.

“We view any transport of the Nato arriving on the territory of the country with weapons or materials destined to the Ukrainian army as a target to be destroyed.”

Russia’s defence ministry said earlier that it had disabled six railway stations in Ukraine used to supply Ukrainian forces with Western-made weapons in the country’s east by bombing their power supplies.

It was not possible to independently verify the claim, which did not say which Western-made weapons were supplied to Ukrainian forces via those stations. There was no immediate reaction from Kyiv.

Chief of staff Valery Gerasimov was shown at Shoigu’s side during the meeting of defence officials. On Monday, the US said it believed Gerasimov visited Ukraine’s eastern Donbas region last week but could not confirm media reports that he was wounded during fighting.

The case highlights the legal difficulties Western governments may face as they attempt to seize assets tied to Russian tycoons who enabled the ...
News
3 weeks ago